Home News Vanden Bossche, vaccines and variants – where are we now? 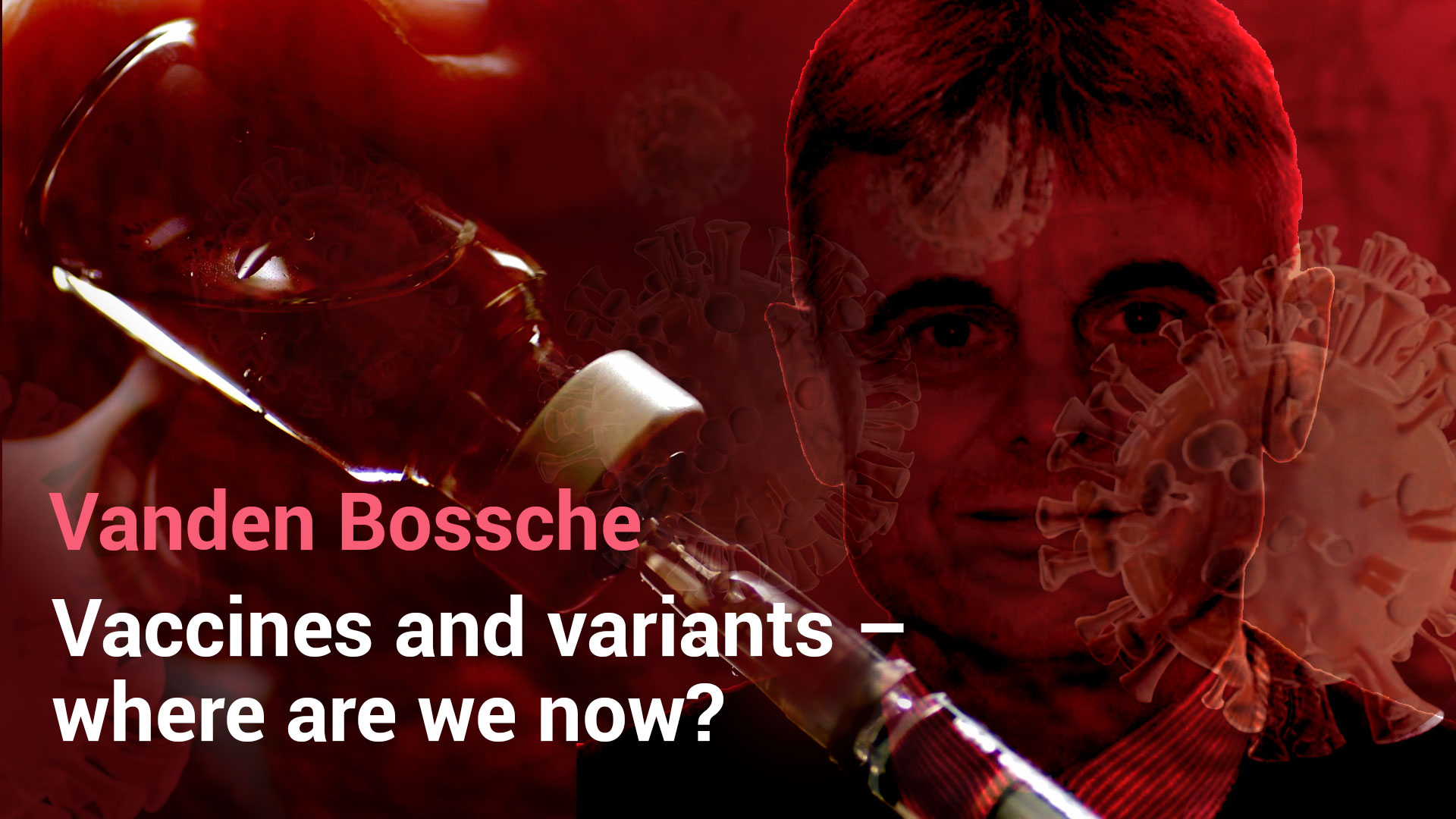 Vanden Bossche, vaccines and variants – where are we now?

It was a week ago that we released my interview with Dr Geert Vanden Bossche on our brand new Speaking Naturally channel. It’s caused something of a stir in some circles. Mainly among those of us who don’t see vaccines as a panacea or at least the sole exit strategy to exit lockdowns, social distancing and other elements of the surrealism that has swept the world since the genome of a virus causing pneumonia-like symptoms in China was sequenced last January. The silence from those who are overseeing or administering the global mass vaccination program has been deafening.

Some of the scientific concerns around Dr Geert Vanden Bossche’s arguments appear to be the result of linguistic interpretations. Others challenge Geert’s speculative concerns linked to immune escape through the application of selection pressure from vaccines that could create ever more vaccine resistant, and potentially dangerous, virus variants.

For the uninitiated, 'immune escape' is a term used to describe when the host (in this case humans) is no longer able to recognise and counter (eliminate or sterilise) a pathogen (in this case, a relevant variant or mutant of SARS-CoV-2). 'Selection pressure', on the other hand, is a term used to describe the process (gene-environment interactions) that helps an organism or pathogen to evolve in ways that make it better adapted (i.e. more able to survive and propagate) to its changing environment. Antibiotic (antimicrobial) resistance is a good example of selection pressure caused by overuse of antibiotic drugs, which has selected for more and more bacterial strains that can detoxify or tolerate commonly used antibiotic drugs.

Let’s be reasonable, not polarised

I’m not an immunologist, virologist or an epidemiologist. But I do have three science degrees in ecology with a PhD and postdoctoral research (Imperial College London) in the area of multitrophic interactions in agroecosystems. I’ve therefore been long fascinated by interactions between hosts, herbivores, carnivores and pathogens. I’ve also been looking closely at the science around covid-19 since the outset and have been a critic of health authority and government handling of it from the outset (see ANH-Intl covid zone).

I’m writing this update on the Vanden Bossche controversy because I’m concerned it is has the potential to unnecessarily divide people who share many common views and values, while differing in others. Alongside generating mutant variants of SARS-CoV-2, one of the haunting consequences of lockdowns has been their ability to polarise communities. I believe passionately that we need to be more tolerant of those with whom we share significant areas of our respective covid-19 Venn diagrams. 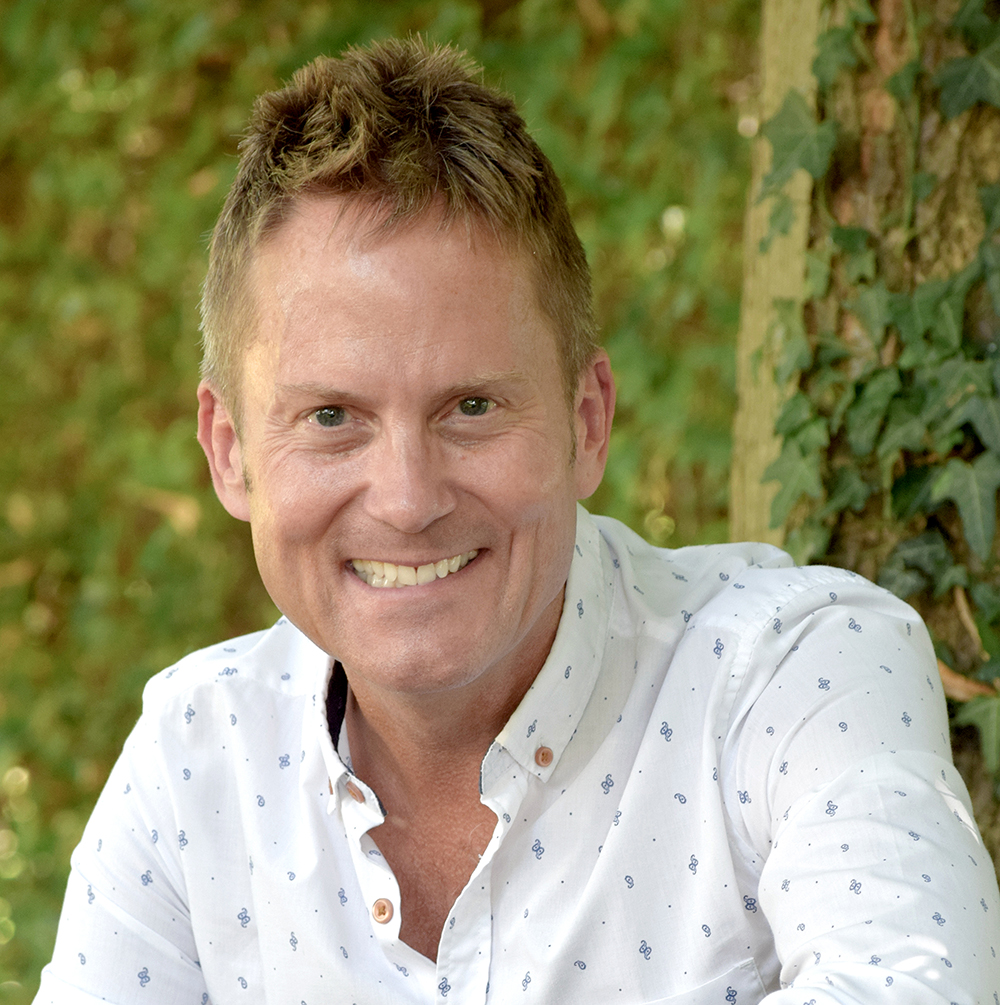 “Alongside generating mutant variants of SARS-CoV-2, one of the haunting consequences of lockdowns has been their ability to polarise communities. I believe passionately that we need to be more tolerant of those with whom we share significant areas of our respective covid-19 Venn diagrams.”- Rob Verkerk PhD

Don’t expect that you'll find unanimous agreement with many people given the amount of scientific uncertainty that abounds on so many of the scientific, medical, social, political and economic issues surrounding covid-19 and the way it’s been, and is being handled. We must have forums to be able to discuss scientific matters and we must be ever careful to not destroy the reputation of individuals who potentially can be important catalysts for change.

The reality is that – as ever – the relationship between a pathogen and its host is not a simple one. It is not only highly complex, it is also dynamic. It’s a tango that involves both players who don’t like dancing to the same music. While lockdowns might increase the time it takes to achieve herd immunity, the mainstream scientific view accepted by governments with little evidential basis has been that lockdowns will also reduce opportunities for transmission chains being established. Lockdowns, curfews, social isolation and the like were meant to be temporary stand-ins until vaccines were ready.

There are two fundamental problems with this approach. First, people don’t stop transmitting viruses among each other even in lockdowns and more opportunities for mutation are created, including among the most vulnerable people that allow for the greatest level of viral replication. This explains the generation of at least 16 mutant lineages in South Africa.  Secondly now that the vaccines have come, they don’t stop transmission of all SARS-CoV-2 strains, especially those that are resistant to antigen-specific antibodies that they are designed to induce.

More than that, if you apply a very strong selection pressure because you have a highly infectious virus that has lots of opportunities to express its inborn error code (mutations) – or you vaccinate millions or even billions of people with a highly specific antigen constructed around the spike protein of SARS-CoV-2, you are inducing massive selection pressure – like never before in human history. That is one of Geert Vanden Bossche’s concerns, one he has a right to have and express.

We also know (e.g. Ho et al 2021) that the UK variant B.1.1.7 that originated in the UK and B.1.351 from South Africa have extensive mutations in the main (receptor-binding domain, RBD) region of the spike protein that binds to the ACE2 receptors in human tissues. Not only that, neutralising antibodies that have been created in response to exposure to wild virus or the vaccines (developed to match the original Wuhan strain) don’t neutralise the virus effectively.

The story continues to evolve and unfold because the relationship between the virus and its host does as well. What we’re now beginning to see is the same mutations in the spike protein cropping up in different parts of the world. For example, the UK variant (B.1.1.7), the Brazilian variant (P1/B.1.1.28) and the South African variant (B.1.351) all share common mutations such as E484K and N5011Y. These were Geert’s red flags.

It suggests that different virus strains have found the same way of outsmarting the highly specific vaccine and in the process, these new virus strains are becoming more transmissible including among younger people. That creates ever greater opportunies for mutation. The show goes on. And potentially never stops. Especially if you keep interspersing your strategy with lockdowns and related measures.

But don’t trust me on this – I’m just an ecologist. Some of the most thorough work in this area is being conducted by Dr Paul Bieniasz’s group at the Rockefeller University, the same university with which Dr Knut Wittkowski (see our separate interview) was associated for many years. The group has shown clearly that new mutant variants such as E484K and Q493R are resistant to antibodies produced by the original Wuhan strain on which the existing clutch of vaccines were based.

OK – so Bieniasz’s group has gone down the road of developing engineered monoclonal antibodies as a solution to get around the problem of immune escape both from wild infection or antigen-specific vaccines. In fact, they’re moving forward with trials for commercialisation of monoclonal antibody therapies that could be delivered as injection.

Find out more about the research of Dr Bieniasz around 37 minutes into the following video:

What our species is currently enduring is the largest uncontrolled experiment ever conducted. Not only are highly-specific vaccines being applied in a manner that is considerably different from any previous vaccines. The frontrunner Pfizer and Moderna vaccines are also most definitely experimental (Phase 3 trials results are incomplete), and they rely on lipid encapsulation delivery systems that have never been used at any significant scale to get synthetic codes into our muscle cells. We also have no good idea of how effectively our T cells will be corralled into our armoury of immune defence. Or how vaccine-induced immunity compares with naturally-acquired immunity (let’s not forget the SARS and MERS epidemics never had the same opportunity for mutation).

Geert Vanden Bossche has rung an alarm bell – that many, it seems, don’t want to hear. To ignore the wider concern he expresses around the selection pressure that will create immune escape and antibody resistant strains would be foolhardy – and would be inconsistent with the known science.

>>> Visit ANH-Intl's covidzone.org for 12 months of covid-related reporting and analysis