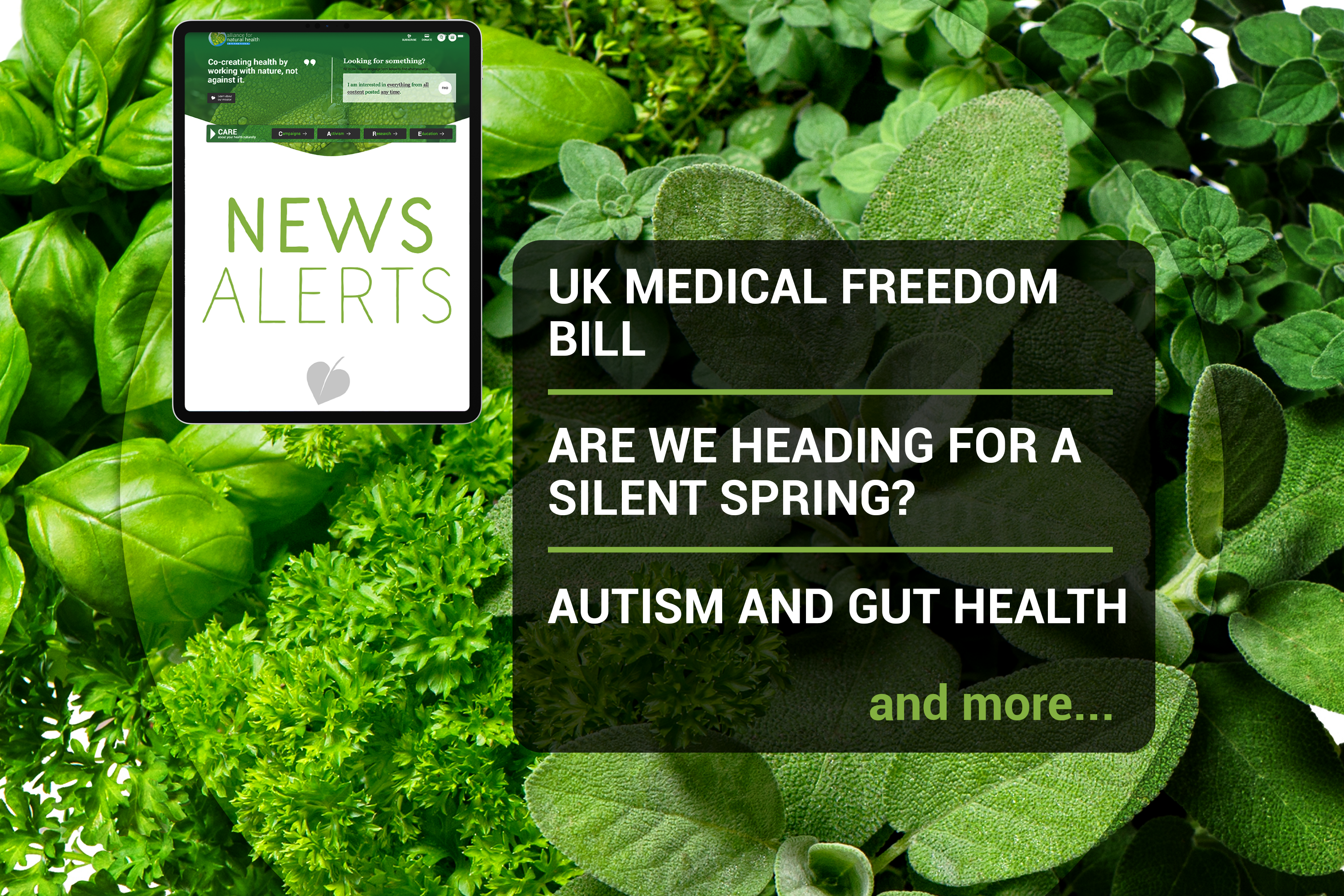 A consortium of hospitality businesses in the UK have come together to oppose the use of ‘vaccine passports’. Over 60 restaurant owners, nightclub operators and other hospitality leaders have signed a letter making it clear they will not support their use in hospitality venues. The new pledge has been called the “Open for All” charter. The tone of the letter is clear, stating, "...we will not be forcing our patrons to show us any documentation referring to health status to gain entry". The consortium joins a coalition of over 70 MPs who are also opposing government plans to 'give back' people's fundamental rights and freedoms in return for them being vaccinated or taking a test to prove their health status to gain access to activities considered to be a part of normal life. Such coercion violates the basic premise of 'My body My choice' and once implemented will be all the more difficult to remove in future.

In other hospitality news, following hot on the heels of his previously successful legal challenge which has forced the UK government to drop its ‘substantial meal’ rule, Sacha Lord, Greater Manchester’s night time economy advisor, is at it again. He, along with hospitality entrenpreneur, Hugh Osmond, is now challenging the UK Government’s decision to not allow hospitality venues to reopen for indoor service until 5 weeks after non-essential retail unlocks. On the 7th April the Judge ruled to expedite the hearing despite the governments many poor stalling tactics. The next phase of the case is due to be heard on 19th April.

The UK's Equality and Human Rights Commission has cautioned against such systems saying they could create a "two-tier society whereby only certain groups are able to fully enjoy their rights" and rejected blanket mandatory vaccination policies as "likely to be unlawful".

For UK citizens there is still time to register your views to the introduction of vaccine passports before the consultation closes on 3rd May 2021.

In the US, Pfizer has applied for approval to use its covid vaccine in children aged 12-15 saying it’s 100% effective at preventing infection. In the same press release it gives an update on its Phase 1/2/3 trial in children aged 6 months -11 years of age. Once again the company has used a press release to make the announcement, but not released any data that can be independently reviewed. In the UK and Europe, regulators have published cautions in relation to the AstraZeneca vaccine and its relationship to blood clots after two papers were published in the New England Journal of Medicine (here and here). In the US, use of the Johnson & Johnson vaccine has also been suspended due to fears over blood clots and related issues. Little mention has been made of such adverse events in relation to the Pfizer or Moderna vaccines even though such reactions have already been recorded. Perhaps we are in the calm before the storm. Only time will tell.

Campaign group, Save Our Rights (SORUK), is fundraising to help it lobby the UK Parliament to enact a Medical Freedom Bill to protect our rights and freedoms and ability to choose what medical interventions we accept. A premise which until recently has been well respected in the UK. The Bill is designed to prevent mandation of medical procedures; introduction of vaccine passports; coercion of citizens into consenting to medical procedures through the withholding of freedoms; discrimination against individuals based on a decision to undertake a medical procedure or not. SORUK echoes the ANH-Intl ethos that all medical procedures should be down to individual choice and citizens should not be coerced in any way, shape or form into submitting to procedures they are not in agreement with, regardless of the outcomes. You can contribute to the fund here and sign the Open Letter here.

US medical doctor, Peter McCullough MD, is the most published doctor in the world in his field, history. Yet, when he tried to share his protocol for treating covid patients, rather than leaving them until they required hospitalisation or died, he too has been censored. In his powerful testimony given to the Texas Senate HHS Committee in March, he explains how his attempts to share his knowledge of how to treat covid patients has been censored by mainstream media. He expressed his frustration at the "near total block" on information for doctors in the peer-reviewed literature on how to treat covid-19 disease, leading to people thinking the disease is virtually untreatable. He is scathing in his comments about the near total focus on vaccines and highlights the importance of developing natural immunity saying, "...you can't beat natural immunity". He also dismisses the notion of asymptomatic transmission. He suggests that with the correct (and early) treatment, up to 85% of the deaths attributed to covid-19 in the US could have been prevented. Dr McCullough is standing up and speaking out about the travesty that has been visited on citizens globally. One that could potentially have been prevented had governments and authorities listened to those on the front-line who were successfully treating patients to prevent hospitalisation and deaths. Click here to watch Dr McCullough's testimony and read the full transcript of his testimony.

Hot off the press is the news that the verdicts from the court cases in France against David Noakes and Lyn Thyer for the production and sale of natural cancer treatment, GcMAF, have been handed down. In a travesty of justice, even though David was found not guilty of committing fraud, he has been sentenced to four years in jail for having run “an unauthorised business in medicines”. Lyn was found guilty and sentenced to three years in jail with 18 months suspended. As she has already served 19 months in prison prior to her trial and is now at home in England she will not serve any additional time in a French prison. The fight to free David similarly will continue.

The Center for Countering Digital Hate (CCDH), based in the UK, has dubbed a group of 12 well known organisations and individuals, the 'Disinformation Dozen'. This accusation because they have dared to speak out against the mainstream narrative on a multitude of issues, including the handling of the covid-19 pandemic and the myopic focus on vaccines as the solution. Rather than shutting them down, the attack and subsequent deplatforming from social media platforms has invigorated their efforts. The latest collaboration comes from Dr Joseph Mercola and Robert F Kennedy Jr in the form a video discussion as part of The Defender's 'TRUTH' series. In their wide ranging discussion you'll find views on how the narrative perpetuated by Big Pharma and Big Tech — that “...vaccines are the only way to restore normalcy” — is leading to the destruction of our Constitutional rights, vitamin D, lockdowns and masks to control the pandemic, suppression of information on treatments for covid-19 infection along with successful treatments protocols, Google's suppression of information and manipulation of citizens over the past two decades along with their censorship of those promoting natural health options that allow citizens to choose how they look after their health and more. View the discussion between the two that top the 'Disinformation Dozen'.

A Court in Germany has banned the use of masks, social distancing and rapid testing in schools in the Weimar district. The Court also ruled that classroom teaching must be maintained. The court case was brought by a mother who argued that the restrictions were harmful to children. The Weimar Family Court agreed and concluded that the use of covid restrictions in schools present a risk to the mental, physical or emotional well-being of children and that the state legal provisions the rules are based are unconsitutional and therefore void. The judgement is another victory in the fight against draconian and unnecessary restrictions on children who are known to be at very low risk from covid-19.

Are we heading for a ’Silent Spring’?

This year’s Royal Society for the Protection of Birds' (RSPB) Big Garden Birdwatch in the UK has discovered that the numbers of 16 out of Britain’s top 20 garden birds have declined in the past year. The results mirror those in the latest State of Nature report, which found that two-fifths of UK species are in decline. According to the IUCN Red List 14% of known bird species worldwide are now under threat of extinction. Whilst a 2018 report, ‘State of the World’s Birds’, found that 40% of all the world’s bird species are in decline. As humans continue to destroy, rape and pillage natural habitats, the devastation of wildlife is immense. We are now staring at the very real possibility of a Silent Spring, as predicted by Rachel Carson in the 1960’s. However, it’s not too late for us to create a new future that is full of a cacophony of birdsong and the accompanying noises of nature if we all work together.

Children diagnosed with autism suffer from a reduced level of gut microbiome diversity and significantly increased gut related problems. The lower the levels of diversity the worse the behavioural problems. Publishing in the journal mSystems, researchers from the University of Colorado’s Anschutz Medical Campus compared the composition of the gut microbiomes from autistic children with the microbiomes of children not on the spectrum over a period of 13 months at regular intervals. The research clearly illustrates the links between the health of children’s gut microbiomes and the severity of autistic behaviours. A link that is well understood by those in the naturopathic, integrated and functional medicine community, but is only now beginning to filter into mainstream medical views.