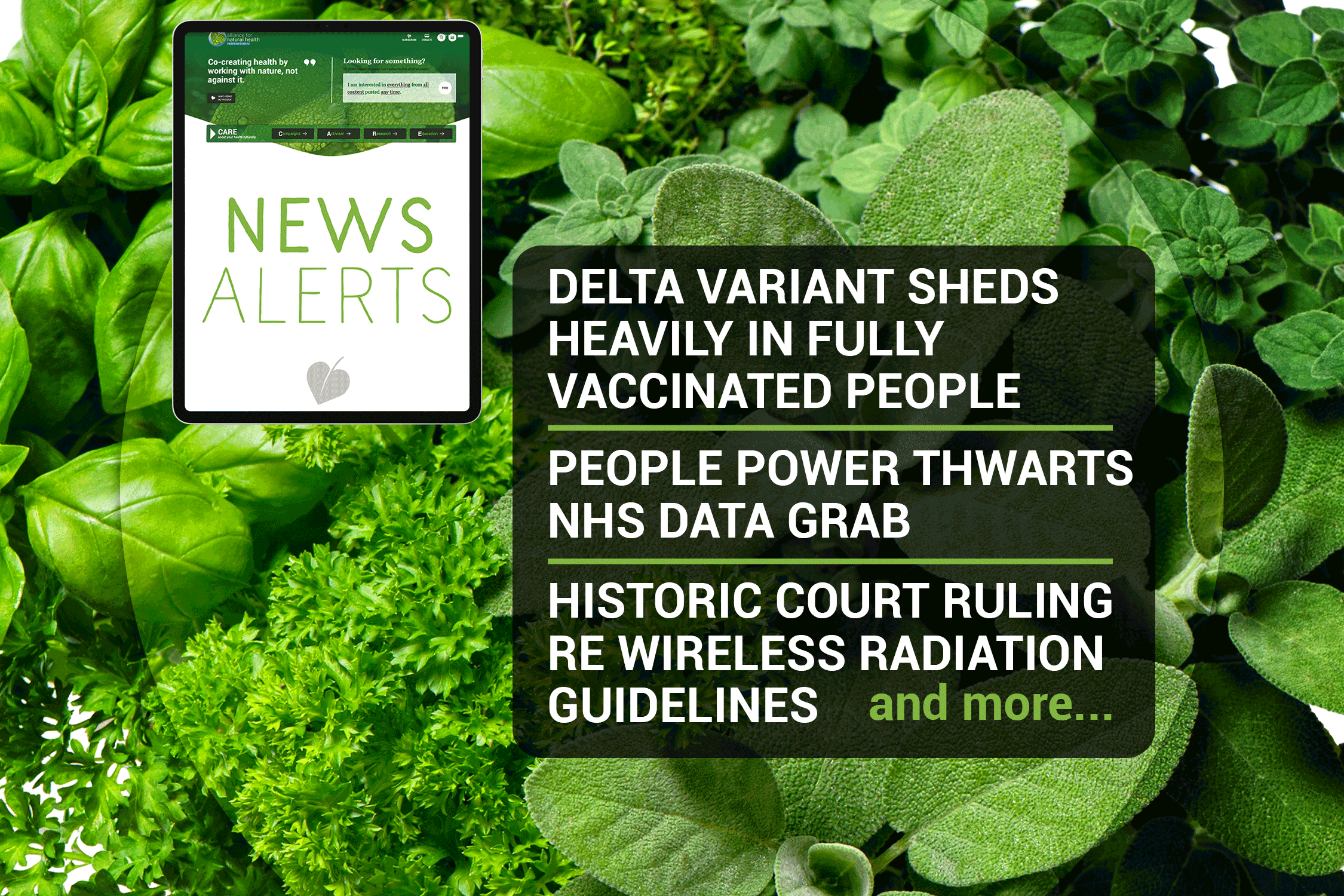 Earlier this year the UK’s National Health Service (NHS) announced personal medical data held by GPs in the UK would be digitised and put up for sale to the highest bidder unless citizens opted-out. In a massive win for people power, the project has now been put on indefinite hold due to the overwhelming number of people who have opted out and withheld permission for their data to be shared. The question now is what will those who wish to get their hands on the precious data do next? For more information on how you can opt out if you don’t want your personal medical records sold click here.

In a study on breakthrough infections just published (preprint) in The Lancet, the delta variant was shown to be passed readily between healthcare workers in a Vietnamese hospital some 2 months after being injected with the Oxford/AstraZeneca so-called vaccine. The viral load in the breakthrough delta variant cases was found to be a staggering 251 times greater than in those infected with the Wuhan strain found in early 2020. Neutralising antibody levels were also found to be low in infected and injected individuals, explaining why transmission occurred so readily during the 2-week period of the study. The study provides further evidence pointing to reduced effectiveness of the Oxford/AstraZeneca vaccine in the face of new variants, with similar, although less marked, reductions in effectiveness also being noted for mRNA vaccines by BioNTech/Pfizer and Moderna. While many will be suggesting this justifies the urgent need for boosters, others – including ourselves – stress the importance of building naturally-acquired immunity and using medications such as ivermectin that are variant-agnostic.

Facebook has rubbished claims by the Center for Countering Digital Hate (CCDH) that a mere 12 people are responsible for the vast majority of covid-19 ‘misinformation’ shared on its platform, calling the conclusions of the report “faulty narrative.” The news item claims CCHD’s analysis is non-representative and unqualified, emphasising it failed to take into account the vast majority of covid-19 posts shared on Facebook. The CCDH report has been picked up and shared by mainstream media globally, but many questions remain as to just who is behind the organisation and its attempts to destroy individuals working to protect citizens health.

Doctors gagged after speaking out!

The silencing of medical professionals continues. Dr Sam White, who was suspended for expressing his concerns over the so called covid vaccines, has been told he is not allowed to post views related to the coronavirus crisis on social media for 18 months by an independent tribunal. In N Ireland Dr Anne McCloskey has been suspended after she also expressed concerns over the safety of covid injections. The ongoing gagging of medical professionals around the world raises serious questions over the ability of medical professionals to express their concerns in the face of increasing adverse reactions to the jabs and to honour their commitment to first do no harm. This alone should make us question what is really happening in the world right now.

In the US, legal teams from the Environmental Health Trust and Children’s Health Defense filed separate lawsuits against the Federal Communications Commission (FCC) challenging its decision not to review its health and safety guidelines in relation to wireless technologies. Due to the similarity of the cases they were brought together so they could be considered by the same court at the same time. In a historic ruling the Court decided the FCC had failed to provide sufficient evidence to support its decision not to review the guidelines in regard to non-cancer health effects and has failed to respond to extensive evidence showing the harms posed by long-term exposure to wireless radiation. Read more from Children’s Health Defense here and the Environmental Health Trust here on this groundbreaking legal decision.

FDA throws transparency in the bin over Pfizer vaccine approval

The US Food and Drug Administration (FDA) has given full approval to the Pfizer covid vaccine, now known as Comirnaty (the name already in use in Europe). Approval comes without transparency of data or the usual oversight from a formal advisory committee. In his latest blog, BMJ Associate Editor, Peter Doshi, is scathing of the decision due to the lack of appropriate data on which to base the approval and the many questions around safety that remain unanswered. Ultimately this appears to be a political move designed to drive vaccine mandates in the US regardless of any harms that may be caused to individual citizens.

The Organic Consumers Association is calling for an immediate global ban on all gain-of-function testing regardless of its purpose as it becomes patently obvious that the SARS-CoV-2 virus was the product of a Chinese lab. Click here to sign the petition and add your support to the calls for the ending of a highly dangerous scientific method, the risks of which far outweigh any possible benefits.

Unions say no to mandatory vaccination

A major Canadian public service union has spoken out against the use of vaccine mandates for public service workers. Whilst it broadly supports the use of vaccination to combat covid-19 it’s clear that the wishes of those who choose not to be injected should be respected, regardless of the reason for not choosing to be injected and the use of disciplinary action and termination of employment is “unacceptable”. A new collaboration aims to help those who choose to exercise their right to medical informed consent and not be injected through the publication of exemption forms. New York's largest police union has allegedly told its members that it will sue the city if it attempts to mandate covid injections for its members.