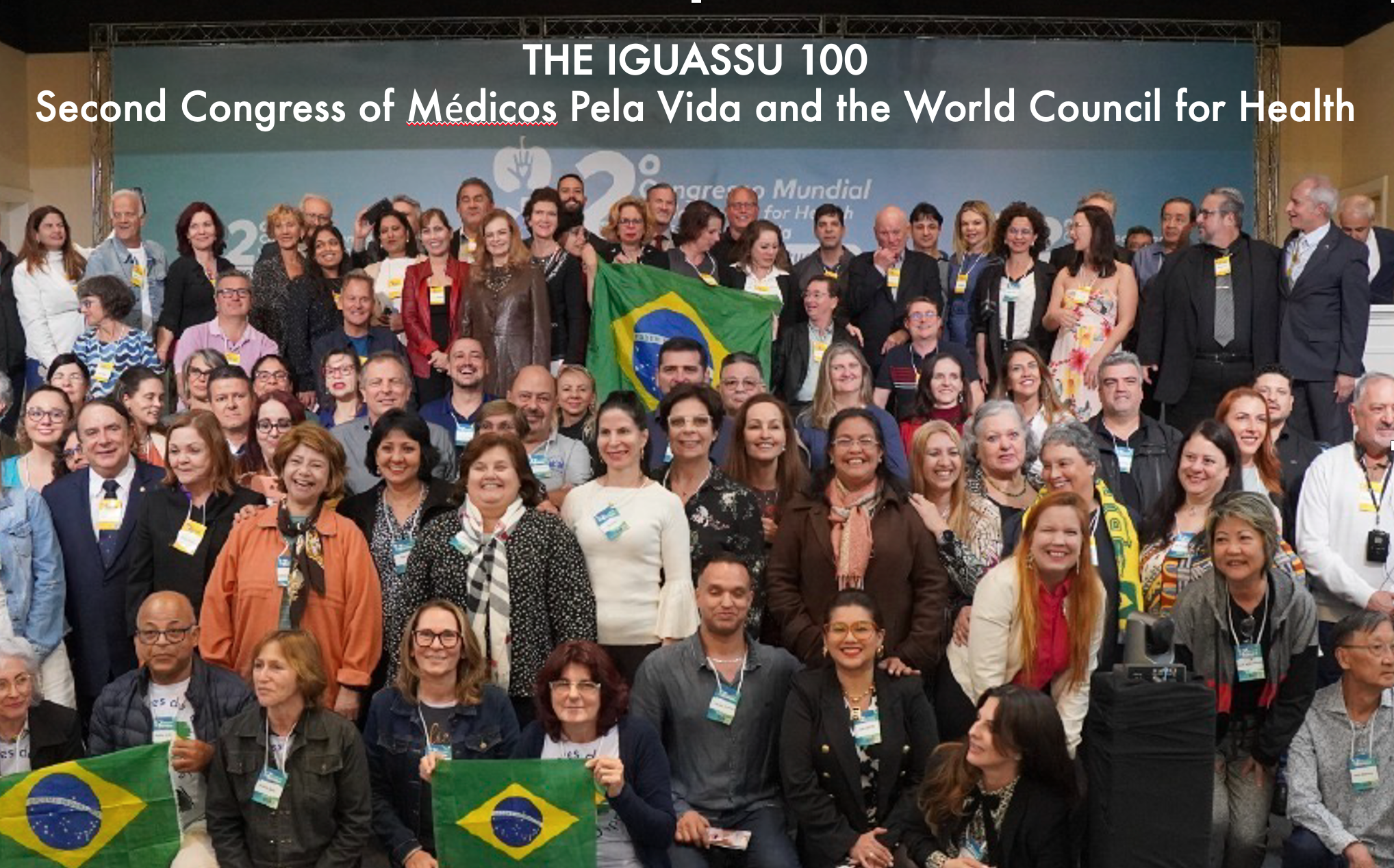 It’s now over a week since ANH-Intl executive coordinator, Meleni Aldridge, and I returned from the 2nd Congress of the World Council for Health and Médicos Pela Vida (Doctors for Life) in Foz do Iguaçu, Brazil.

The conference featured leading doctors from Brazil, including co-organiser Dr Lucy Kerr, one of Brazil’s most prominent and bravest frontline doctors, Dr Nise Yamagushi, who is now running for public office, and Dr Flavio Cadegiani, who has headed one of the most comprehensive and successful ivermectin trials anywhere in the world.

As if that wasn’t enough, Geert Van den Bossche PhD (Belgium), Dr Jackie Stone (Zimbabwe), Reiner Fuellmich (Germany), David Charalambous (UK; see details for the 'Behaviour & Communication Magic' event we're running with David on 24/9/22) and Dr Phillip McMillan (UK) were among the many to speak via video link. Meleni and I were humbled to be invited to be among the nearly 100 speakers invited to share our views in Iguassu for this ground- breaking Congress.

We got the expected but nevertheless shocking news of Dr Zev Zelenko’s passing minutes after I finished my presentation while I was still on stage with Nise Yamagushi. We lost a great champion and warrior for humanity in the process. And now, even more than during his lifetime, we are inspired by Dr Zelenko’s mission to create a better world.

Our ears are still buzzing from the headphones that provided us with simultaneous translation of the Portuguese and Spanish presentations. And my immune system has already successfully cleared the coronavirus infection (likely Omicron BA.4 or BA.5) I picked up at the tail end of the conference that first made its presence known as I travelled home to the UK, some 45,0000 feet above the Atlantic.

Many of the speakers from the Médicos Pela Vida Congress (photo courtesy Glen Jung, Bright Light Media) gathered after the closing ceremony. Who do you know? Can you find Meleni Aldridge or Rob Verkerk (or Wally even)?

We won’t give you here a blow by blow account of what happened – as there’s simply too much to tell.  But we will release outputs from the conference piecemeal over the next few weeks, courtesy of our dear friend, Canadian journalist Glen Jung, who was there filming the entire conference and has already put up over 20 hours of material on the independent media website, Bright Light News and its Rumble channel.

You’ll find below three of the opening addresses that are ready to go, the first from the inimitable Dr Pierre Kory from the Frontline Covid-19 Critical Care Alliance who’s currently fighting to keep his medical license, then one from each of the two World Council for Health co-organisers, Drs Jennifer Hibberd and Kat Lindley, followed by my presentation.

If you still haven’t seen or heard it, last week, we released Meleni’s fascinating presentation on brain inflammation, the silent epidemic responsible for so much of the brain fog and other neurological problems that have afflicted so many over these last two and a half years.

Principles worth living (or dying?) for

We’ll leave you with the foundational principles aspired to by the 18,000 doctors who are members of Médicos Pela Vida. Some of them resonate closely with Dr Kat Lindley’s Oath of a Medicus.

As you read these (see bullet points below; we have translated them from the original in Portuguese), bear in mind that these and similar principles were until recently considered sacrosanct to the practice of medicine in many parts of the world. In just two years, they are now widely regarded as sacrilegious and worthy of ex-communication.

If the disregard for bioethical principles that have been the cornerstone of sound, just, and equitable medical practice for hundreds or even thousands of years can so rapidly be cast aside by the new medical regime armed with its new-fangled, unproven, and potentially lethal mRNA technology, isn’t that enough of a signal to indicate there’s something very wrong with the new world order in medicine?

Sound reasonable? Apparently not to some.

I’m becoming increasingly convinced that Latin America and Africa are the continents that will spawn the new dawn for humanity. One that is respectful of the things we have long thought really make us human. It’s not as if the people of these two great continents don’t have a track record of doing it before – but the level of awareness of what’s actually going on in the world around us – this new form neo-techno-colonialism -  is palpable among the people.

>>> Want more of this support? Want to expand your community and network with like-minded people? Yes? Great, why don't you join us as an ANH Pathfinder which gives you access to our private Pathfinder's network, a live monthly Q&A, our ANH Intention Circle and much more!