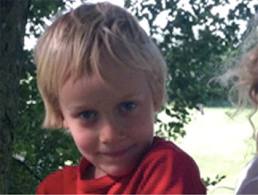 High Court judge's ruling just in.  Neon Roberts is being forced to have radiotherapy against his mother's wishes in what appears like a kangaroo court decision where a mother's wishes and intuition have been completely ignored. See BBC news report.

Has our judicial system forgotten that a mother will nearly always act in the best interest of her child?  Anyone who's followed Sally Roberts' quest in the last few days will have been left in no doubt that she is not someone to have ignored the facts surrounding radiotherapy of children with brain tumours.

An analysis of the published literature in this area reveals some disturbing truths.  Firstly survival rates vary from 20% to 80% for radiotherapy treatment following surgery — the very situation young Neon finds himself in.  More disturbing is that the 20-80% of survivors have, in the majority of cases, massively reduced quality of life owing to neuro-cognitive psychological and developmental problems caused primarily by the radiotherapy, not the tumour.  In fact the oncologists in Neon's case appear to have been very mute on the subject of long-term consequences nor do we hear discussion in the media that the primary cause of death in such treatments is once again the treatment, not the cancer.

No such thing as safe radiotherapy of children

The huge variation in survival rates and long-term outcomes is largely caused by a number of factors including variations in the grade of cancer, how early treatment begins and the specific treatment involved.  The largest clinical trial ever conducted on medullablastoma was carried out by Packer et al (2006) and showed that that highest survival rates, about 80%, were the result of reduced dose radiotherapy, along with adjuvant chemotherapy.  Despite this, most patients when followed up over a number of years were unable to live normal lives and suffered permanent neurological damage.

In looking at the data we agree, Sally Roberts has every reason to be concerned.  A detailed study in the Journal of Neuro-Oncology published in May 2012, by a group of Italian doctors, brings this starkly into focus when following up children treated with combined pre-radiation chemotherapy or radiotherapy as adults.

Standards of practice and care

From what we've learned in recent days, it seems that Sally Roberts has been the victim of a health service that has failed in its duty to offer patient-centred care and a range of possible treatment options with sufficient information to allow informed consent.  It appears that a single judge, a non-expert in the field of medicine, has acted as both judge and jury.  It seems he has been swayed by a limited and biased body of evidence from a primary care trust intent on making decisions about a child's welfare with no apparent thought for the lifelong consequences of such treatments.

Government tyranny vs parental rights in the UK