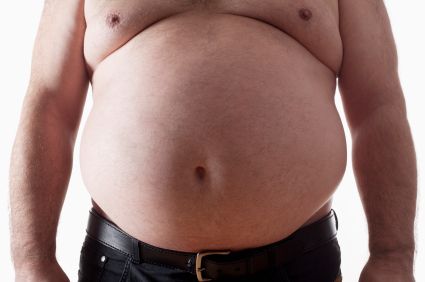 UK citizens, like those of most industrialised countries in the 21st century, are understandably concerned about their growing waistlines and the obesity 'epidemic' more generally. Our advice to anyone expecting an effective response from the UK government is simple: don't. In our opinion its guidance is hopelessly inaccurate, based on backward science and riddled with conflicts of interest.

Last month, London-based cardiologist Dr Aseem Malhotra dropped a well-publicised bombshell on the orthodox dogma that dietary saturated fat is linked to raised cholesterol levels and atherogenic heart disease. Excess simple carbohydrates and sugar, coupled with sedentary lifestyles, are, he believes, the causes of obesity – one of the major risk factors for heart disease.

How did the UK government respond to this enlightened advice? By almost immediately announcing a new food industry partnership to remove “More than one and a half Olympic size swimming pools of saturated fat,” from the national diet, while leaving sugar levels untouched. Dr Malhotra despaired.

Dr Malhotra admirably draws attention to the importance of atherogenic dyslipidaemia in the development of heart disease. This is defined as “A triad of increased blood concentrations of small, dense low-density lipoprotein (LDL) particles, decreased high-density lipoprotein (HDL) particles, and increased triglycerides.” It has long been known that LDL particles become more susceptible to oxidation as they become smaller and denser, and experts increasingly recognise the central role of oxidised LDL in the development of heart disease. However, guidance from the UK government's National Institute for Health and Care Excellence (NICE) states that those at risk of cardiovascular disease (CVD) “Should have at least one fasting lipid sample taken to measure total cholesterol, LDL cholesterol, HDL cholesterol and triglycerides”. No recognition of the importance of small, dense LDL levels, despite the existence of reputable tests. Away from the NICE guidance, UK government recommendations encompass only total cholesterol and LDL cholesterol levels.

Lose the weight, lose the risk – even with medication

One newly published research paper from The Lancet relevant to NICE comes from a consortium of UK, US and Australian scientists that examined 97 studies involving a sizeable population of 1.8 million subjects. The researchers found that around 50% of the excess coronary heart disease or stroke risk associated with obesity or overweight was due to three distinct factors: blood pressure, cholesterol and blood glucose levels. Even in people on medication for all three parameters, therefore, optimal weight management is necessary to bring their heart disease or stroke risk down to normal levels.

The Lancet paper is yet another reason for governments to implement effective anti-obesity strategies. So how is the UK doing?

Table 1 lists the NICE recommendations for achieving and maintaining a healthy weight. Table 2 shows ANH-Intl's suggestions for 'the ultimate weight loss/fitness gain protocol', based on cutting-edge science around influencing the mammalian target of rapamycin (mTOR) signalling pathway and caloric restriction.

Table 1. NICE recommendations for achieving and maintaining a healthy weight.

Table 2. ANH-Intl recommendations, based on the mTOR and related signalling pathways and caloric restriction, for optimal weight and fitness management.

In our view, the UK government's recommendations confirm its reliance on out-of-date and incomplete science. They are also appear woefully ineffective, if the UK obesity figures are anything to by. And even worse, by pushing people toward an inherently inflammatory and pro-oxidant high-carb, low-fat diet, there is a growing scientific case to argue that the current UK government guidelines are actually damaging to health – not just from a cardiovascular perspective, but generally.

What on earth's going on?

A clue comes from an important new article from Health Insight UK, some of the key points of which are as follows:

The picture that emerges is one of a government happy to pay lip service to obesity reduction, while persevering with failed strategies. Even worse, it appears to be hampering the search for alternatives, and we can only assume it’s a similar picture in other obesity-ravaged countries like the USA. Question for discussion: does the government’s attitude stem from simple incompetence, a craven desire to please the food industry lobby or something more sinister – maintaining Big Pharma (and Big Food) profits while keeping much of the population sickly, fatigued, dumbed down and therefore pliant?

Whatever the reason, in the absence of top-down change, it’s up to all of us to take the initiative and drive things ourselves. No longer can we rely on governments to act in our interests, if they ever did. After all, it was governments and the food industry that created this mess in the first place!

So if you’re game for change, share this article by email, Facebook, Twitter, word of mouth, or any other means at your disposal. Then make some if not all of the lifestyle modifications we offer above – and spread the word to those around you once you've experienced the results.

It’s time for us to empower ourselves, to regain sovereignty over our bodies and to help an ever growing proportion of society deal with the obesity 'epidemic'. Rather than seeing it has a disease that is awaiting some kind of a magical cure, we need to understand that this epidemic is actually a symptom of the defective healthcare, food production and social systems that currently surround us!