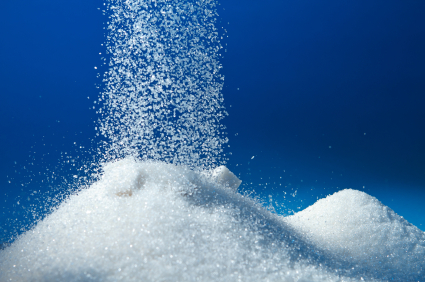 The UK media has been awash with the traditional post-festivity deluge of health- and detox-related information, but this year is a bit different.  In 2014, the words ‘intermittent fasting’ have appeared, along with very mainstream and public acknowledgement that sugar is killing us slowly – and not always softly!

As regular readers will know, we’ve previously clarified some of the misinformation about detoxing – that is, scientifically rational support of the body’s innate detoxification pathways – using high-quality, whole foods, herbs, appropriate physical activity and where necessary, some targeted supplementation. At this time of year, the mainstream media often gets a seasonal rush of blood to the head and casts aside its usual attitude toward all things detox. In this respect, 2014 is no different. However, something – or rather, two things – are truly different.

Not only is Sarah Wilson lucky enough to bear a passing resemblance to Kylie Minogue – the Australian is also gaining media attention for her book and blog, both pithily entitled I Quit Sugar.  By ‘sugar’, Ms Wilson is very clear that she means ‘fructose’ and that she’s experienced numerous health benefits since drastically reducing her intake from the equivalent of around 25 teaspoons/day to 6 teaspoons/day or less. Her stance hasn’t been without its critics, and has even inspired a book-length rebuttal in the form of Don’t Quit Sugar.

Sarah Wilson is by no means alone in warning of the health dangers of fructose consumption.  Perhaps the most well known to date has been Dr Robert Lustig, who has recently been joined by another US physician, nephrologist Dr Richard Johnson. Both Lustig and Johnson highlight the link between fructose consumption, leptin resistance, obesity and chronic disease, although Dr Johnson suggests that fructose drives weight gain even in people who restrict their intake of calories.

The fast-est way to health and weight loss

Intermittent fasting is one of the most powerful, yet cheapest, routes to health promotion, longevity and natural weight loss that we know of – and it’s within everyone’s grasp. But, hitherto, it’s largely been seen as slightly fringe, a bit too radical or worse, the domain of those weird paleo extremists by the mainstream. It’s gratifying to see the media engaged in the dissemination of such a positive health message that doesn't directly line the pockets of some group of large corporations.

At the moment, media attention is largely limited to weight loss – hardly surprising at this time of year, although there was a flurry of interest when a small study reported reversal of type 2 diabetes among calorie-restricted subjects. Given the centrality of protein kinase signalling in human metabolism, we hope that that this message will run and run.

Adam’s review of Dr Robert Lustig’s new book, Fat Chance: The Bitter Truth About Sugar, appears in the next edition (issue 87) of Caduceus magazine, due on UK shelves and to subscribers soon.