By Megan Ryder, in collaboration with the ANH-Intl team

For fish, or indeed any other animal, having males in the population turn female is a problem. The long-term survival of all animal populations that are reliant on sexual reproduction requires the maintenance or control of very specific ratios of males to females. Often, but not always, this is a 1:1 ratio. But when humans release chemicals into the environment, like xenoestrogens, and the males start exhibiting characteristics normally exclusive to the female reproductive system, ecologists and others become concerned – very concerned. 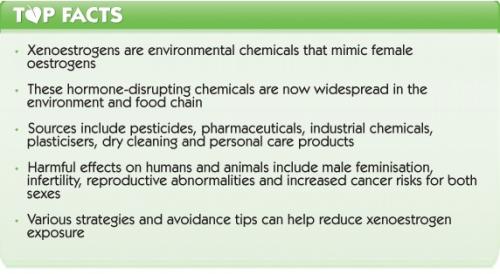 To be clear what we’re talking about here, a feminised male fish typically contains immature ova in its testicles and its liver contains vitellogenin, a protein normally found only in females. Xenoestrogen, on the other hand, is a term that refers to a group of environmental chemicals that either mimic endogenous (internal) oestrogens or interfere with oestrogen signalling pathways. The prefix ‘xeno’, meaning ‘foreign’, simply indicates that they originate from outside the organism; xenoestrogens may be either synthetic or natural.

Synthetic xenoestrogens include specific types of pesticide and pharmaceutical products, polychlorinated biphenyls (PCBs) used as industrial chemicals for various applications, plasticisers like phthalates – including bisphenol A (BPA) – and parabens used as preservatives in many cosmetics and personal care products, to name a few. These compounds are also referred to as endocrine-disrupting chemicals (EDCs), because they interfere with the function of the hormonal systems of organisms (including humans) that are exposed to them. Some of them are highly persistent in the environment and may bioaccumulate in food chains.

The modes of action of xenoestrogens are highly complex and researchers now typically classify them into two groups: genomic and non-genomic, depending on how directly they interact with gene expression in a given organism. Complex interactions between different EDCs also occur, which may be additive or synergistic.

Xenoestrogens have now been found to be very widespread geographically, as well as to affect a broad diversity of organisms, from fish to reptiles, insects and other invertebrates, birds and mammals. Hormone-disrupting effects have been noted in the North Sea and the south Atlantic and southwestern Indian oceans, as well as rivers such as the Elbe, the Reedy river basin in the US state of South Carolina, Spain’s Llobregat river and the Ohio river. Numerous species of fish have been affected, including bluegill fish, roach, channel catfish, swordfish, and yellowtail tuna.

How long have we known?

The startling phenomenon of feminised male fish has now been recognised for well over 10 years. The widespread nature of the problem was first picked up by a group of researchers headed by Professor John Sumpter from London Brunel University, who carried out field surveys between 1995 and 1997. Concerted studies were subsequently conducted, and by 1998, the problem was linked to high xenoestrogen content in industrial effluents discharged into rivers, leading to a significant increase in production of vitellogenin in male fish. The research implicated two natural hormones (17β-oestradiol and oestrone) and one synthetic hormone (17α-ethynyloestradiol) that were present both in the water from sewage effluents and in the fish examined. 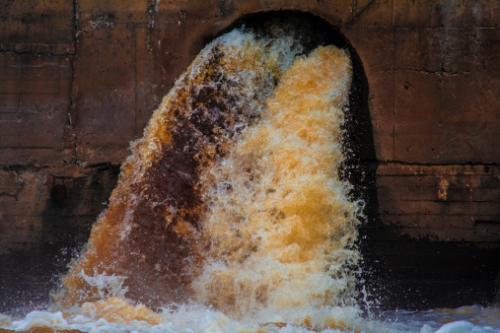 Industrial effluent discharging into a river

However, well before this, endocrine-modifying effects had been noted in mammals such as the St Lawrence beluga whale in Canada. Scientists had discovered true hermaphroditism in belugas as early as 1994 and had correctly related it to industrial chemicals that were contaminating the Great Lakes.

Gender-bending implications and consequences for humans

There are more and more data to suggest that both industrially produced and natural xenoestrogens, the latter including phytoestrogens in soya, can create significant disturbances to the human endocrine system. In doing so, they may increase the rate of cancer, infertility and metabolic diseases like type 2 diabetes and obesity.

There is increasing evidence that the deterioration in male health that includes declining semen quality and increased prostate and male breast cancers is linked to EFCs. While the same chemicals appear to be contributing to catalogue of female health problems including increased incidence of breast and other hormone related cancers. An especially important triggr significant trigger appears to be exposure to EDCs in younger life.

In the long term, problems with fertility could eventually lead to socio-economic crises caused by excessively top-heavy age structures with consequent increased burdens on healthcare systems, and serious declines in the relative size of the working (tax-paying) population, pension blow-outs and the like. All of these issues would be exacerbated by increases in cancer rates, especially those linked with the reproductive system, such as ovarian, breast and prostate cancer.

The multiple sources of xenoestrogens

Xenoestrogens have now pervaded every part of our planet. They are very hard to avoid without a dedicated commitment to limit your exposure. You can find them in plastics, can linings, cosmetics, contraceptive medications and tap water! Sun cream is another product that unfortunately often contains xenoestrogens or chemicals that act like oestrogens. One example is oxybenzone, a xenoestrogen that alters sperm production in animals and is associated with endometriosis in women. Everyday cosmetics and personal care products often contain parabens, which were deemed to be xenoestrogens in 1998 following the publication of a paper by Routledge et al.

Subsequent work implied a link between parabens, as found in underarm deodorants, and many other products, and breast cancer, while more recent analysis has confirmed the oestrogenicity both of parabens and several fragrances used in underarm deodorants. Dry cleaning chemicals, perchloroethylene or tetrachloroethylene, are another everyday source that are often overlooked. 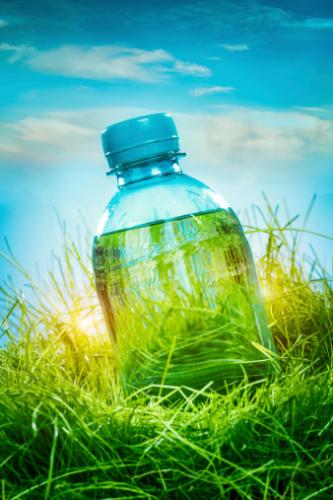 Plastic water bottles are a common source of Bisphenol A

Plastics and pesticides/herbicides are among the most common sources of xenoestrogens. Among the dizzying array of plastics, pesticides and herbicides present in our modern environment, an increasing number are thought to be xenoestrogens. Some of the most significant are:

Industrial chemicals like polychlorinated biphenyl (PCB), another dioxin, has the ability to mimic natural hormones. Dioxin is formed as a by-product of industrial processes involving chlorine, such as waste incineration, chemical and pesticide manufacture and pulp and paper bleaching. In 1997, the World Health Organization (WHO) published research in which it concluded that dioxins are a group 1 carcinogen, or a ‘known human carcinogen’. In 2003, the US Environmental Protection Agency (EPA) performed a re-evaluation of the dioxin-related cancer risk, whereby it was reaffirmed that there is no known ‘safe dose’ below which dioxin will not cause cancer.

What level of exposure to xenoestrogens incurs risk?

Because environmental oestrogens occur at very low levels, some scientists downplay their dangers by looking at the ‘no observed effect concentration’ (NOEC). However, the hormonal effects of xenoestrogens are dramatically increased when combination or additive effects are considered. Xenoestrogens are so widespread in the environment that there may be multiple xenoestrogens present in our bodies that could have a significant combined effect. Therefore, even in small doses, xenoestrogens cannot be regarded as safe.

Soy is consumed today in copious amounts on a daily basis through many packaged goods and processed foods. While health benefits have been observed when used as a pharmaceutical for hormone balancing, the refined form found in processed and packaged foods is nothing like the original natural soya bean. It stands to reason then that the effects on our health are not therefore the same. Babies fed on soya milk as a substitute to breastfeeding or dairy may suffer thyroid disruption and problems with reproductive development, with the kicker being that toxic levels of manganese found in the soy can cause neurological damage. 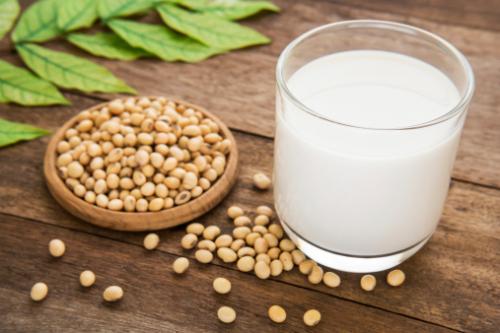 Soya products and soya milk can lead to hormone disruption

A 2009 article by Dr Mercola pointed to two previously unrecognised xenoestrogens, one of which is used in preventing discolouration in shrimp and other shellfish while the other is used to prevent fats and oils from spoiling.

Finding solutions in a toxic world

Xenoestrogens are completely widespread now in the modern world, but you can still take practical steps to reduce your exposure, as detailed below. You can also take heart that some promising strategies exist for their removal on a municipal level as well.

Water authorities have suggested chlorination as a solution to removing xenoestrogens from our water supplies, but due to the inherent toxicity of chlorine itself, this approach is less than ideal. More innovative and natural solutions are being explored, but plumbing in a reverse osmosis (RO) filter is a fairly inexpensive and easily obtainable solution for most households. Whilst it has its drawbacks, RO has been found to remove over 90% of xenoestrogens in the water. Drawbacks to RO include the potential for an increase in bacteria if the system is not well maintained, which can lead to cases of gastroenteritis, and the removal of vital minerals and vitamins that keep the water pH balanced and ionically stable. However, remineralisation is simple with the addition of liquid minerals to all drinking and cooking water.

In addition, a review has shown that forward osmosis is able to remove similar levels of xenoestrogens in water, including BPA, which may be a longer-term strategy for large-scale industrial implementation at the water treatment facilities.

Steps to reduce your exposure to xenoestrogens