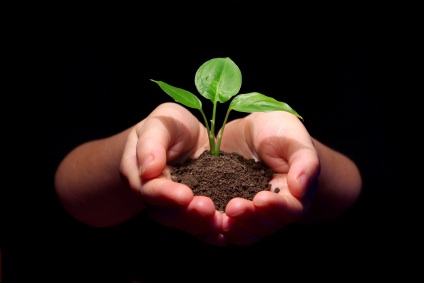 Orthodox healthcare is not sustainable

Natural and alternative health systems are under attack by regulators, elements of the media, the pharmaceutical industry and large sectors of the orthodox medical establishment

We need to work with nature—not against it!

View a lecture, presented by Dr Robert Verkerk, titled 'Moving Beyond the Existing ‘Evidenced-Based MedicineParadigm' hosted by the Australasian Integrative Medicine Association (AIMA) and the Australasian College of Nutritional and Environmental Medicine (ACNEM).

**Please note the sound quality is not good at the start but if you bear with it, it improves after the first few minutes!

Read document "Can the failing western medical paradigm be shifted using the principle of sustainability?"

Why do we need natural and sustainable healthcare?

Okay - what's with this new terminology? Why the need for a paradigm shift?

We asked Dr Rob Verkerk of ANH, who has pioneered this interpretation of the concept of 'sustainable healthcare', what he means by it. We asked him if a person in the street asked him about it, what would he say? Here's the answer:

“Do you think orthodox healthcare is sustainable? I don't. It costs too much, and it's killing more people than it's saving. Working with nature is sustainable—we've already seen that's the case with the energy industry and agriculture. Now let's do the same with healthcare....”

'Sustainable healthcare' is a concept we need to target at policy makers. They're the ones who need to get their heads around just how unsustainable orthodox healthcare currently is—let's look at what happens when we start working withthe body using products and approaches the body is adapted to—not againstit, using patented, new-to-nature drugs the body has had no evolutionary association with!

Do the images below help you to appreciate how far we've strayed from our natural origins in so many areas of human endeavour? Does drug-based healthcare, based on new-to-nature molecules, adequately take into account the way our genes have been conditioned or programmed over many thousands of years?

What is sustainable healthcare?

Sustainability is a robust concept that has proven its worth across a range of different industries including energy, agriculture, forestry and even construction and tourism.

Contemporary healthcare in western countries is presently dominated by use of pharmaceutical drugs—and most indicators would suggest that these approaches have had very limited value in dealing with some of the greatest scourges facing human health, including chronic diseases, psychiatric diseases and even certain infectious diseases.

From a cost/benefit perspective, pharmaceutical-based approaches to healthcare do not fare favourably and a sea change is required if mainstream western healthcare is to deal with the ever increasing burden on the healthcare system, particularly given that this burden will be exacerbated by an ageing population.

The dichotomy between complementary & alternative medicine (CAM) and orthodox/allopathic healthcare approaches has led to increased vilification of protagonists of each approach. The use of scientific methods of evaluation that do not lend themselves well to CAM approaches have meant that the ‘medical establishment’ has been able to increasingly marginalise CAM approaches. This has occurred while the establishment has provided no significant improvement in its offering to the majority of the population that is either forced to accept or choose to accept pharmaceutical-based medicine as the most effective and scientifically-validated form of medicine.

Encouraging a paradigm shift that requires all forms of healthcare to be bound by principles of sustainability is one of the surest means of providing a level playing field for all healthcare modalities which encourages those approaches that are compatible with the complex biological and energetic systems of which are bodies are comprised.

Sustainability principles, including those applying to engineering and design, should also be applied to healthcare facilities. To read an evaluation of the state-of-the-art on this subject, read an article by Dominic Stalker, a work experience science student who worked with the ANH during the summer of 2008 entitled Engineering sustainability into hospitals.

The ANH first defined sustainable healthcare in 2006 in the UK practitioner journal Nutrition Practitioner. The definition is as follows:

"A complex system of interacting approaches to the restoration, management and optimisation of human health that has an ecological base, that is environmentally, economically and socially viable indefinitely, that functions harmoniously both with the human body and the non-human environment, and which does not result in unfair or disproportionate impacts on any significant contributory element of the healthcare system."

The article was written following an inaugural lecture at the National Institute for Integrative Medicine, hosted by Australian associations ACNEM and AIMA.

Looking through the window—the paradigm shift is the other side of the wall...

For more than two decades the orthodox (allopathic or western) healthcare establishment has vigorously attacked the scientific basis, efficacy and safety of the diverse range of modalities befitting approaches that are commonly placed under the banner of complementary and alternative medicine (CAM). Simultaneously, the CAM community, the natural products industry, health freedom organisations and large numbers of consumers and protagonists of CAM, have argued that these attacks are unjustified and have reciprocated by exposing the apparent lack of efficacy and poor safety record of orthodox healthcare.

These differences of opinion are so deep-seated that the polarity between the two contrasting approaches has become increasingly reinforced. The relative lack of resources within the CAM community, the natural products industry and the health freedom movement, by comparison with the pharmaceutical industry and orthodox medical system which it supports, means that it is by and large proving very difficult to improve the acceptability of CAM modalities in mainstream healthcare.

All the available indicators suggest that orthodox healthcare, which is dominated by interventions with new-to-nature pharmaceutical drugs, is not sustainable. ‘Evidence-based medicine’ (EBM) is increasingly being used both as a means of justifying pharmaceutical intervention as the world’s dominant approach to healthcare and its ever-wider application to discredit or even outlaw particular CAM approaches.

The Alliance for Natural Health (ANH) proposes that the application of the principles of sustainability to healthcare may be one of the most effective ways of altering the perception of established and emerging CAM modalities from the vantage point of government authorities and the current medical establishment. In addition, such an approach could significantly assist a transition in mainstream healthcare that is characterised by improved take up of biologically compatible modalities, as found within CAM. Such a transition would, among other things, allow for much greater use of preventative approaches, especially among children, young adults and non-diseased sub-populations, better diagnosis of disease, widespread adoption of lifestyle and nutrition-based approaches, greatly reduced dependence on new-to-nature medications and marked changes in medical training. With the identification of scientifically established criteria for sustainability in healthcare, only those approaches meeting the criteria stipulated would be accepted. Sustainability has become one of the key technological drivers in a range of other industries where social or environmental degradation has been implicated, and it is incongruous that the principles of sustainability have yet to be applied to healthcare.

The ANH, its affiliates and strategic partners are well set to help trigger the transition towards sustainable healthcare.  The transition will continue to require funding of independent research in academic institutions, extensive public and government-targeted awareness campaigns and the establishment of scientifically monitored pilot programmes designed to demonstrate both feasibility and sustainability.

A transition towards sustainability would also help to eliminate the existing polarity between orthodox healthcare and CAM approaches and would inevitably prefer those approaches that function harmoniously with biological systems and human metabolism, rather than those that oppose them.

Could Parkinson’s disease be rooted in the gut and not the brain?

Are you rea’D’y for Winter?

Are you rea’D’y for Winter?

Is mandatory fortification of flour in the UK really the best solution to reduce birth defects?

A 'teen-eyed' view of a healthy day

A 'teen-eyed' view of a healthy day