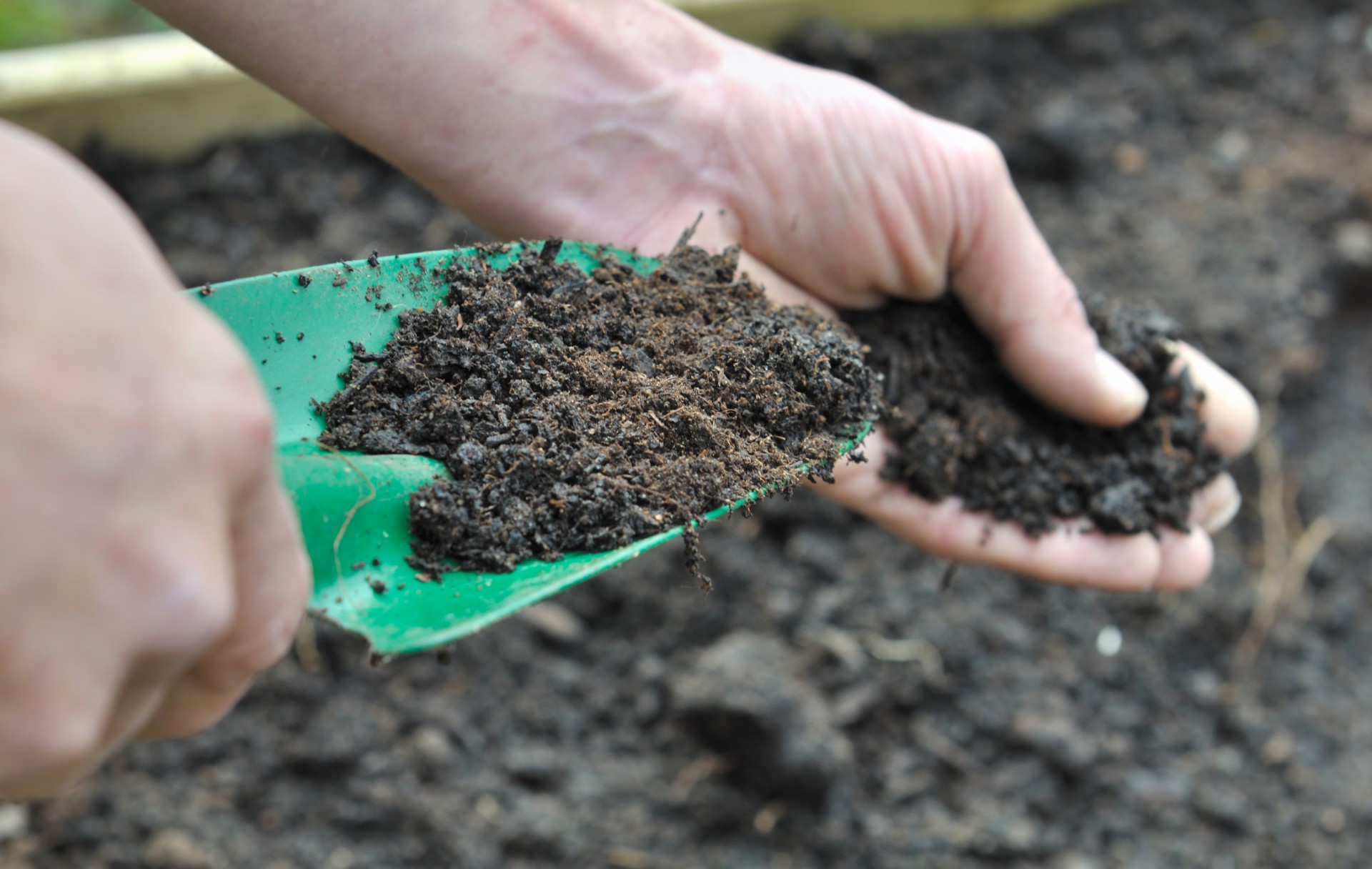 Drawing attention to the world’s soils has never been so important. Over half of the world’s topsoil – the important fertile layer that cover's the crust of our planet – has been lost over the past 150 years. This loss leads to the creation of deserts (desertification), loss of farmland, increased flooding and polluted waterways, amongst other impacts. The annual global loss from desertification alone is $42 billion, but as soil takes at least 200 years to form a layer just 1 cm deep, and thousands of years to develop a fertile soil ecosystem, much of this loss is irreversible so will have dire consequences in the future.

This Saturday (5th December 2016) is World Soil Day which celebrates the importance of soil as a critical component of all ecosystems. We therefore wanted to use this opportunity to draw attention to the major threats to our soil and ways in which we can all help. 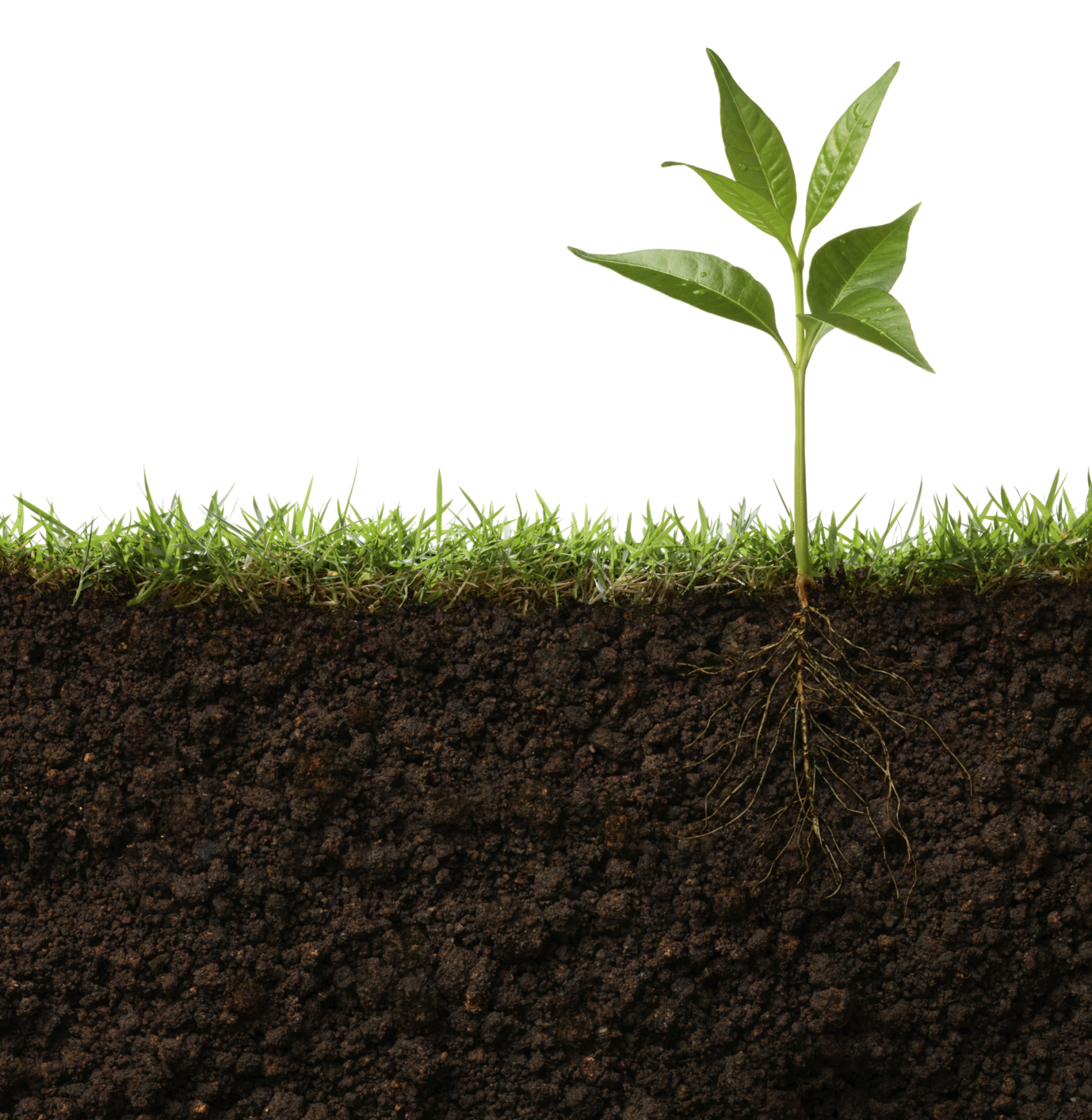 As the Soil Science Society of America explains, soils are “complex mixtures of minerals, water, air, organic matter, and countless organisms that are the decaying remains of once-living things”. The top layer is where the organic matter and decayed leaves are being mixed together so this topsoil can been seen as the really important, highly fertile layer.

However current farming practices are permanently damaging and removing this layer, which could lead to food shortages, amongst other consequences, in the future. Contour ploughing means cultivating fields across rather than down slopes. Contour methods lead to reduced erosion of soil during heavy rain so preserve the soil and protect waterways from pollution. This is a simple and cost-effective way to increase land productivity and save money on ploughing, but not enough farmers are taking part. Similarly, crop rotation, where commercial crops are planted in a field for a set period after which the field is ‘rested’ and sowed with legumes (which return nitrogen to the soil) or left to lie fallow, can significantly improve soil quality and even reduce the need for soil-damaging chemicals. The change in crops restores the depleted nutrients to soil, and can be combined with the addition of animal manure as a fertiliser to naturally improve the earth.

Another factor that makes modern farming so damaging to soil is our increasing demand for maize (corn). Corn is used in breakfast cereals, cooking oils and as cornstarch in many processed foods (as corn syrup or starch); but the bulk of production goes to animal feed. According to the Soil Association the demand for maize trebled between 1990 and 2000 and has continued to increase since then. But unfortunately maize crops leave the soil exposed for much of the growing season and are harvested in winter leading to run-off of chemicals and nutrients into waterways and increased risk of flooding as the soil is unable to cope with the level of rainfall. Seventy-five percent of late-harvested maize fields showed high or severe soil-loss levels. Additionally, this use of maize as animal feed has been linked to reduced nutrients in milk when compared to organic or grass-fed cows, so has a detrimental impact on human health too.

To help stop organic matter being lost you can ask your local farmer what they are doing to stop soil erosion and in the US you can use the eat well guide to find food from farms that maintain good environmental standards. Elsewhere you can look out for products with the Fair to Nature logo and support organisations such as the Soil Association, which campaigns for the removal of EU subsidies for maize growth. 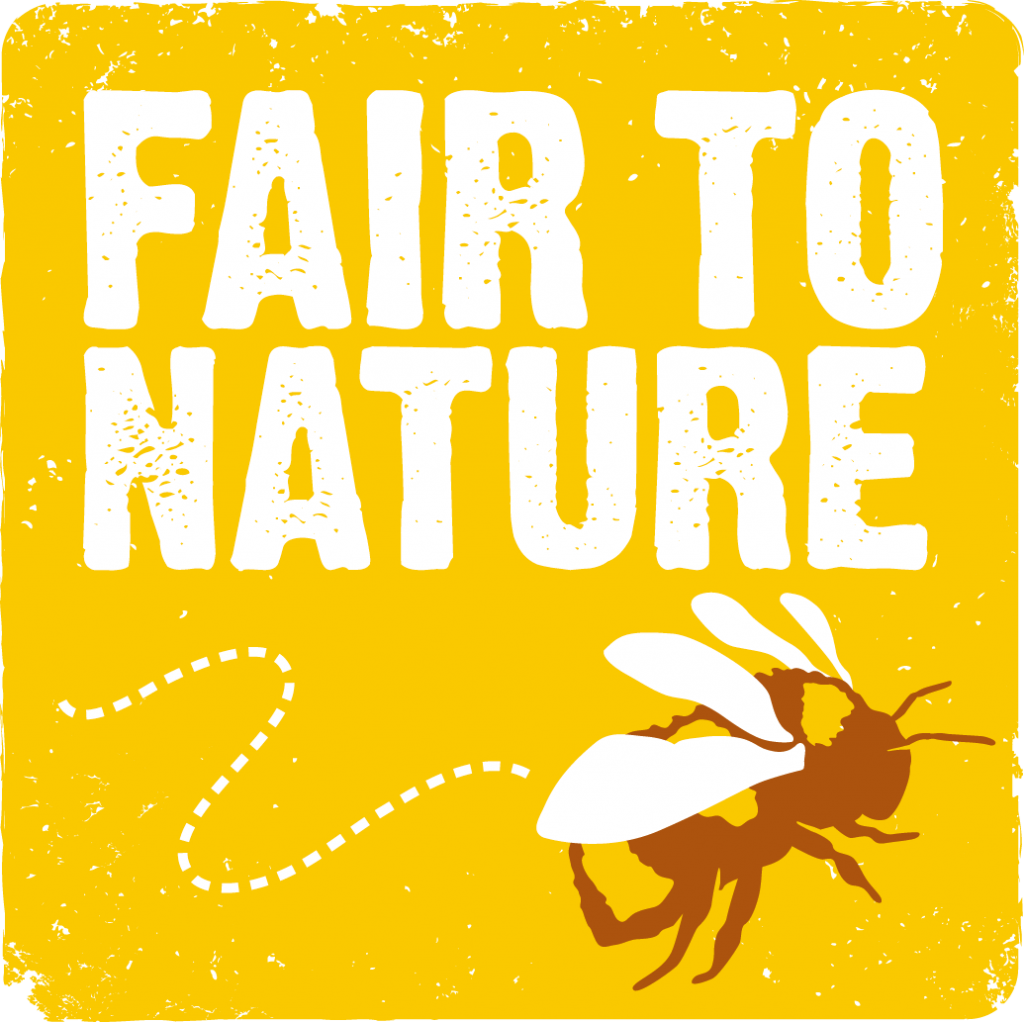 An acre of healthy topsoil can contain 400 kg of earthworms, another 400 kg of arthropods and algae, over a ton of fungi, 700 kg of bacteria and 60 kg of protozoa. In a National Trust garden where no pesticides or chemicals have ever been used on the soil, experts found over 1,000 species of fungi, including more than 20 rare species and a newly identified species. These results are so high because new-to-nature chemical additives have never altered the soil structure and composition.

‘Soil engineers’ like earthworms and termites are also vital components of our soils as they help break down organic matter and disperse nutrients throughout the layers. However, over the past 40 years invertebrate populations have declined by 45%, leading to further deterioration in the status of the world’s soils. To encourage healthy soil in your garden you could start building a compost heap, or use compost bins if you have the space. Compost heaps provide a chemical-free habitat for earthworms and will release them back onto the soil later. You can use Can I Compost This to see what can’t go in, and studies have shown gardeners get better results if they use home compost rather than shop-bought. If you don’t have a garden or are tight on space most councils now also offer food waste bins, which are used for energy or as compost local farms. 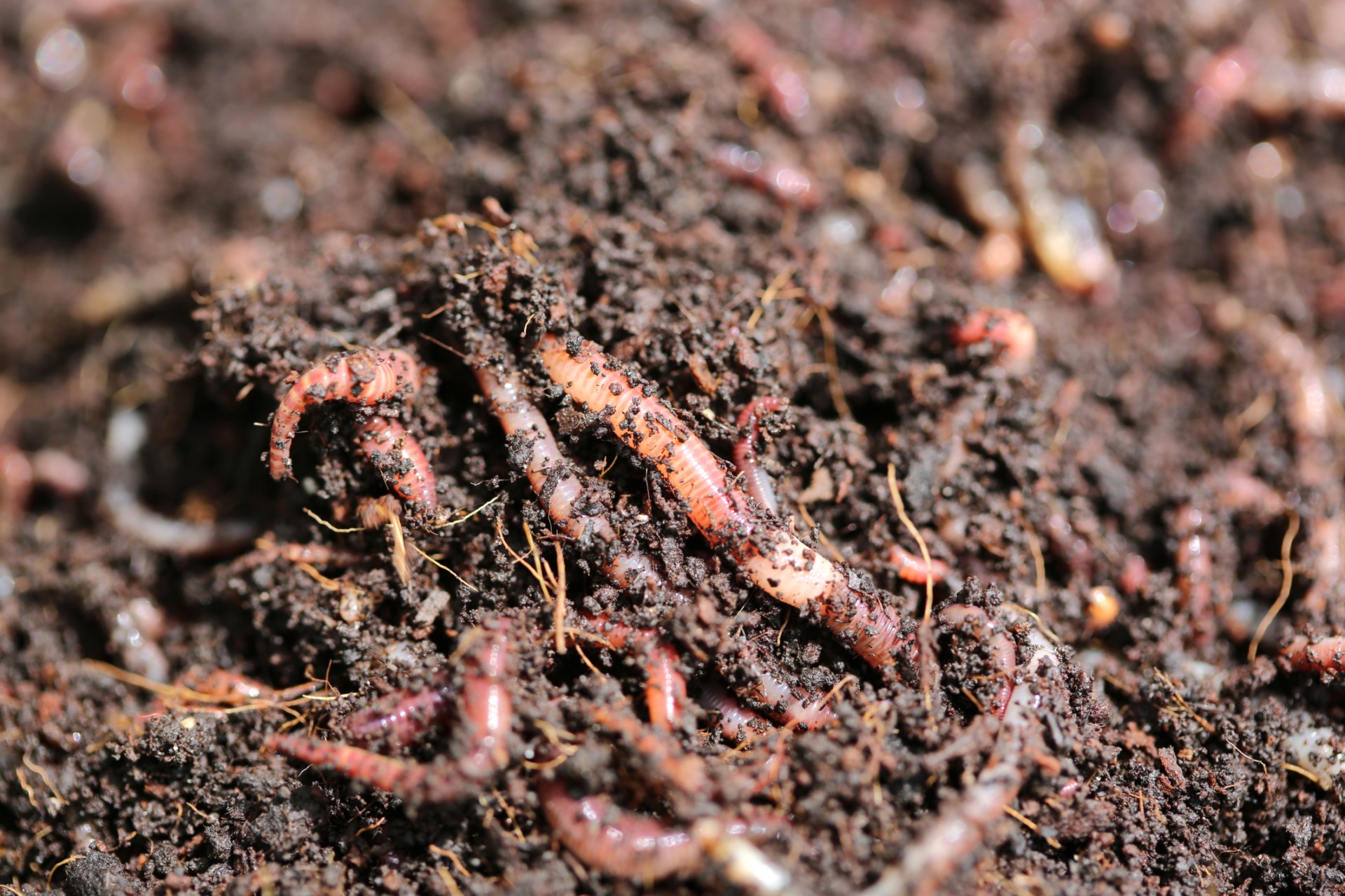 Chemical additives such as fertilisers, pesticides and herbicides have direct effects on the soil and often linger for years in the soil and ecosystem. Synthetic pesticides have only been used since 1940, but in 2001 alone we used 2.26 million tonnes of active chemical ingredients. Due to their long persistence, and the build-up effects they have in many organisms, pesticides pose a severe long-term threat to soil — and to those that eat the produce of that soil. Chemical treatments have been shown to kill earthworms and the extent of wider effects on wildlife and ecosystems still remains unlcear.

The rhizosphere is the area around a plant root that is inhabited by a unique population of microorganisms. It has great influence on plant and microbial community function and structure, which greatly affect a variety of ecosystem level processes. The rhizosphere can be strongly affected by fungicides, which have been found to accumulate there, possibly exerting an indirect effect on plant physiology indirectly.

Antibiotics have also been shown to linger for long periods of time in the soil, even transferring resistance genes throughout the rhizosphere and affecting microbial communities. Mining leaves heavy metal residues (e.g. mercury, copper) in the soil for years after mines have been abandoned and these metals can then accumulate in organisms causing health problems.

Organic farming greatly reduces the amount of chemicals used on crops and therefore entering the soil so they are a better choice – look out for the Soil Association’s organic food labels. New technology is also reducing the amount of chemicals needed in farming. Thanet Earth in Kent, UK uses rockwool instead of soil, and predators in place of chemicals the majority of the time, thus reducing its impact on soils and the environment. You can also get active by signing petitions that aim to prevent the needless chemicals used in our environment - even if they don’t directly mention soil these petitions can help save them. For example this one aimed at banning lead shot will stop lead leaching into soil, amongst its myriad other harmful effects and replace it with non-harmful shot which has been available for years. 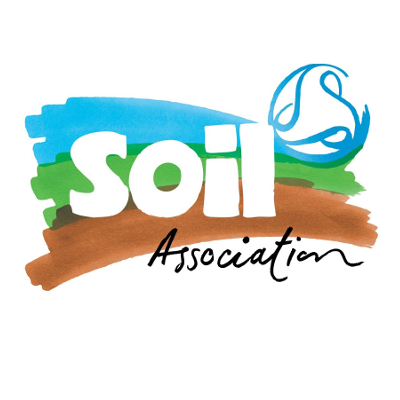 The continued use of peat in gardening products, and the clearance of peatlands for agriculture has lead to huge carbon emissions and the devastating forest fires in Indonesia this year. Peat is a special soil that forms in waterlogged areas and takes much longer to develop than other soils.

Likewise, continued global deforestation and road creation leaves soil bare, leading to erosion. Implementation of conservation practices, such as leaving field margins or contour ploughing reduces soil loss in humid systems by 99% - these practices are cheap and low-tech so can be followed by anyone.

Finally, desertification threatens up to one third of the earth’s surface. Desertification is when soil in dry areas is degraded so badly that it becomes sand - and therefore infertile, threatening crop yields and increasing the effects of drought. The Great Green Wall is a pan-African project that looks to prevent soil loss and tackle poverty by ‘greening’ land near the desert and stopping its encroachment on agricultural land.

Environmental farming — using practices such as leaving wide field margins, hedges and ponds — has been shown to increase crop yields so farms that leave space for nature actually profit directly from this. Over half of compost sold in the UK contains peat. Stopping destructive peat harvesting is critical and choosing soil from sustainable supplies (or composting your own!) which produces the same results . Again, channelling consumer power into petitions to pile the pressure on national governments to stop the destruction of soils. For example, this Greenpeace petition aims to stop the toxic smoke haze in Indonesia by protecting peatlands and forests from being burned to clear the land.

The EU has shown poor form when it comes to protecting soil, with the planned soil protection framework derailed by agricultural lobbyists this year leaving soils with little protection and farmers with almost zero chance of prosecution over bad practice.

Just last month in the UK, the World Wildlife Fund for Nature (WWF) partnered with angling charities to take DEFRA to court over claims it has not done enough to protect rivers from pollution, including soil run-off, by farmers. The charities won a legal victory in this case and the government must now evaluate Water Protection Zones, which been suggested in sensitive areas where farmers should be doing more to protect their soils and stop this erosion into rivers.

Currently, also in the UK, the Green Party are the only party to have a clear policy on soils. Political indifference throughout Europe (and worldwide) has lead to the state of our soils today and it is vital they come forward with a plan to stop the degradation, erosion and contamination of soils.

But you can help save our soils by taking the following actions!