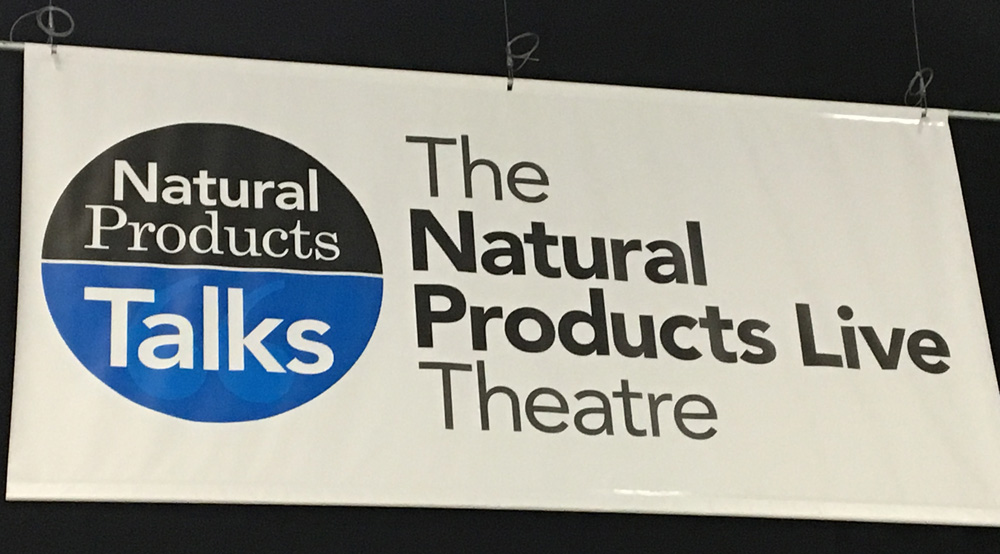 This weekend saw the Natural & Organic Products Europe (NOPE) 2017 in London’s Excel put to bed for another year. NOPE is the UK’s leading natural health trade show and sees in the region of 10,000 visitors from around the world via 650 exhibiting companies promoting a vibrant choice of natural, organic, fair trade, free-from, vegan, and vegetarian brands from 46 countries. This year’s show was a vibrant, fast-paced, hotbed of innovation, yet the big question on everyone’s lips remained, “Is Brexit destined to change all this?”.

Jim Manson, editor in chief of Natural Products News, took the bit between his teeth when he chaired a panel of 4 experts, including ANH-Intl’s Rob Verkerk, the only non-industry player on the panel, also respresenting consumers and the practitioner sector, on the Brexit Question Time panel this Monday, 2nd April. It’s still early days, given the UK government’s approach to legislating to the UK’s withdrawal from the EU via the ‘Great Repeal Bill’ has only just been published in a White Paper on 30th March.

Monday’s audience at NOPE, comprised mainly of manufacturers, suppliers and retailers, appeared eager to hear from the assembled experts on whether the UK will have to settle for a regulatory ‘cut and paste’ job or be able to replace the existing EU red tape with more grassroots-driven, UK-oriented, red, white and blue tape?

It already seems decades ago that citizens of the United Kingdom voted to leave the European Union. But it’s only been a short nine months! In this time, citizens have forced Parliament to act appropriately through the UK courts, the UK Prime Minister Theresa May has put pen to paper and written to the European Union to trigger divorce proceedings through Article 50. And the government’s approach to supposedly shifting from Brussels-made to Westminster-made legislation via the Great Repeal Bill is raising many questions on whether UK citizens and businesses can expect a smooth transitional deal, or face the risk of heading face-first over a cliff edge. That’s all before we consider the tricky waters of ‘the deal’ that lie ahead.

Brexit presents both a threat and an opportunity. In essence, the Great Repeal Bill removes any powers the EU has over British sovereignty, by:

But, if there’s no change to the EU laws when they land on UK shores, the UK government will have done a disservice to those majority of UK citizens who voted for Brexit – and the increasing number who didn’t, who now think they might have voted Leave at last year’s referendum if they knew what they now know.

The triggering of Article 50 starts a two-year negotiation process. Secretary of State for Exiting the European Union, David Davis, explained, “To ensure continuity we will take a simple approach, EU law will be transposed into domestic law, wherever practical on exit day.” To avoid the cliff edge, we must take heart in David Davis’ reference to “wherever practical”. This clearly leaves the door open for the public and industry groups to lobby for appropriate legislative changes, because accepting some of these laws is simply not practical and imposes irrational and disproportionate burdens on particular industry sectors, including natural health products.

The natural health sector will always appear as a flea on the elephant’s back, and it’s one reason we are arguing to reframe the overall contribution that healthy diets, lifestyles and improved self- and practitioner-guided care can make in taking the pressure off the partially crippled, and over-burdened, National Health Service.

Reverberations for natural health in the UK

There was some overlap in the views of all the panel members, but each had his own take.

Graham Keen reported that after the referendum, the HFMA took a neutral position on Brexit. The association is now taking an active role to influence the outcome of the negotiations in the interests of the sector. Defra (Department for Environment, Food and Rural Affairs) was taking a lead on the issue in relation to the food sector and Defra meetings so far, said Mr Keen, had provided a reminder of how low in the stakes the natural products sector’s concerns were alongside those of, for example, the automotive or energy industries.

Dr Rob Verkerk laid out ANH’s stall regarding legislation that should or should not make it across the white cliffs of Dover, back in July, when we assessed twelve legal frameworks in the form of the ‘distorted dozen’. He also explained that ANH’s White Paper on the issue, currently in process, which includes input from a wide range of stakeholders and data from many sources, includes the reframing the natural health sector within the context of the wider healthcare system – and the NHS itself.

Two of the panel, Robert Taylor (Vitabiotics) and John Weaver (Tree of Life) spoke about the issues directly affecting the trading conditions that companies selling natural health products might expect. They expressed the view that there will be a commercial cost in the short term; currency pressure has caused inflation which will lead to discretionary items being deselected from the public shopping basket. They also indicated that this situation may well reverse especially as the EU will face some twists and turns in the upcoming period with France and Germany holding Presidential and Federal elections in 2017. Labour problems in the industry will need addressing as around 40% of the industry workforce is made up of migrant workers, with resulting investment in automation to reduce headcount.

Although Patrick Ahern (EHPM) warned of a complicated political storm brewing, as the needs of Ireland post Brexit will differ compared with say an Eastern European country, the UK will want to sell into the EU and vice versa.

With harmonisation of vitamins and minerals still on the agenda for the European Commission, the panel was united in its view that the UK adopt a position whereby, “If it’s safe, you can sell it, and if it’s true, you can say it!”

It was also agreed by all that the Nutrition and Health Claims Regulation, with just 259 authorised claims, over 2000 banned claims and a further 1600 or so ‘on hold’ by the European Commission, represented the best example of a thoroughly bad piece of EU legislation that should not be imported to the UK.

The panel closed on an upbeat note, painting a picture of the UK as an innovation hub. Rob Verkerk also left us with a sobering warning, voicing his concern that the biotechnology industry is watering at the mouth over Brexit, given the UK’s long-term love affair with genetically modified (GM) food and feed.

If you can bear the poor quality recording made on a mobile phone, you can hear Rob Verkerk’s inputs on the Brexit panel at this year’s NOPE below.