There’s only 10 months before UK food regulators need to get together a clear plan for food regulation on Day One after Brexit. That’s making the UK food and beverage industry somewhat jittery. The anxiety is not helped by the fact that Theresa May, Liam Fox, David Davis and the Brexit negotiating team are playing their cards close to their chest – and are struggling to get agreement over things as basic as the UK’s departure from the customs union with the EU (subscription required). 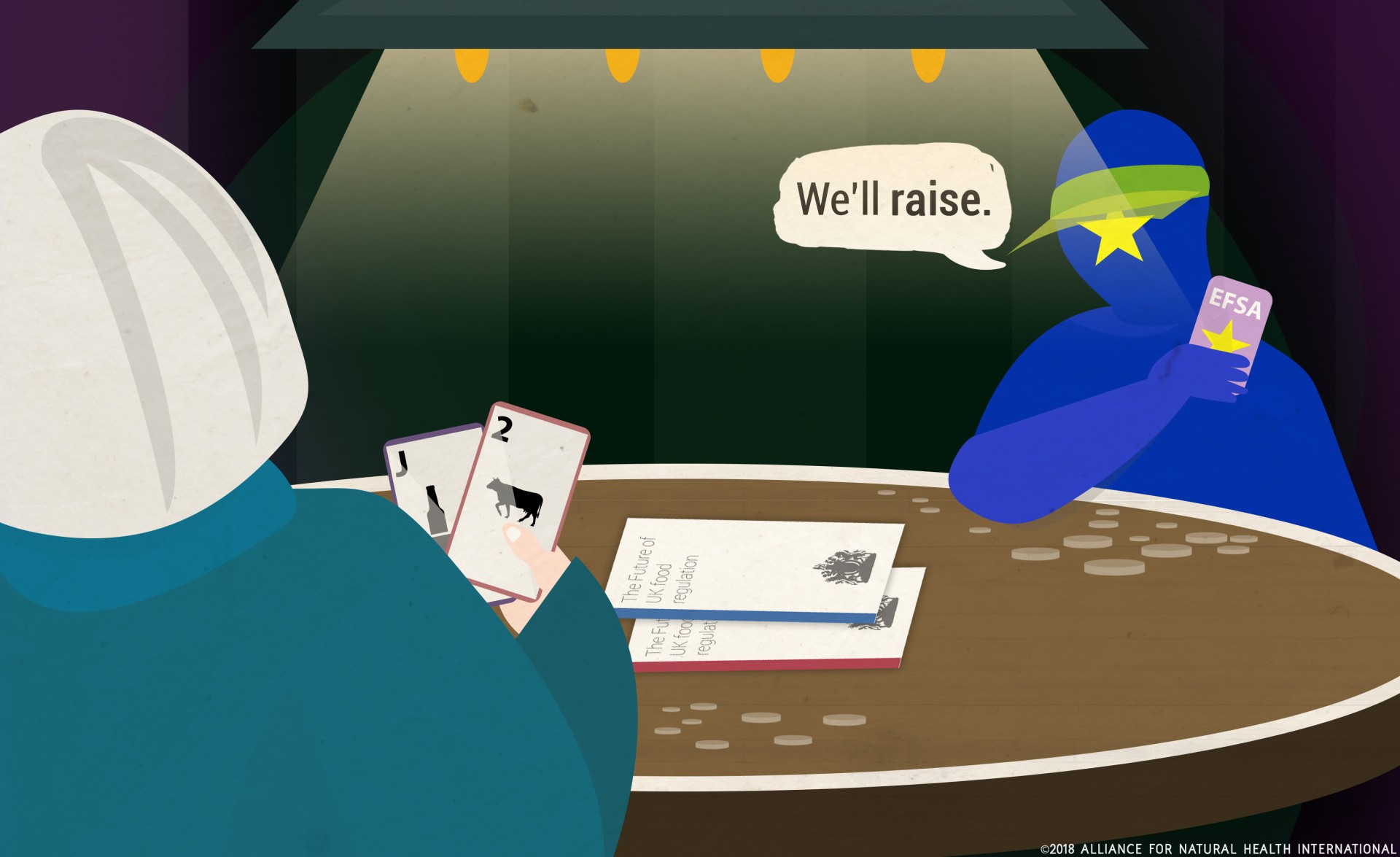 Yesterday, a good swathe of representatives from the food and natural products industries gathered, along with representatives from a few NGOs, including ourselves, as part of the Westminster Food & Nutrition Forum in the Congress Centre at Fitzrovia, London, itself nestled under the Trades Union Congress (TUC) building. The purpose was to discuss where food regulation might go post-Brexit.

The former head of the Food Standards Agency, Lord Rooker, opened and chaired the forum. He reminded the audience that the UK is not in an easy place given that around 50% of its food is not sourced from the UK, 30% of it coming from the EU, and the remaining 20% from non-EU countries. That makes trade over the commodity that everyone needs every day a seminally important issue.

Despite insightful presentations from the current chair of the FSA, Heather Hancock, and Geoff Ogle, chief executive for Food Standards Scotland, along with Kerina Cheesman, head of food integrity and policy at the UK’s main food and beverage association, the Food and Drink Federation, no one left the forum much the wiser on a number of pivotal issues.

That included what the UK will do with the scientific assessment coming out of the still-opaque (yes, non-transparent) Pharma-based European Food Safety Authority (EFSA). Will it really try to re-invent the wheel and do all of its risk and benefit assessment work independently in the UK, maybe in a different way (better or worse)? Or will it just rely on EFSA opinions – like the remaining 27 EU Member States will have to, because EFSA holds the mantle as the highest authority on all matters to do with food safety, EU-wide – effectively overruling any of the national authorities. And given that it’s scientific opinions that end up limiting or allowing foods or health claims about them – this is a very important matter for consumers and industry alike – that may remain unclear up to and potentially even beyond Brexit day, 29th March 2019. 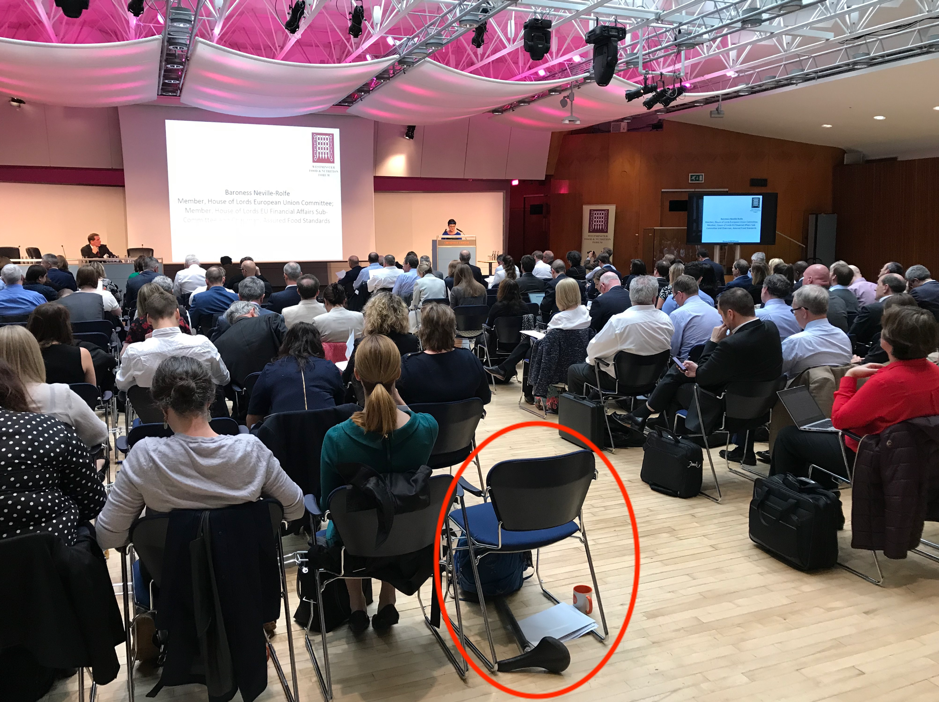 So what do we know with a greater degree of certainty? Probably the area of greatest consensus was that most things won’t change – certainly not for a significant time (within say 3 years). Over 95% of rules relating to food in the EU currently come from the EU and these will be imported lock, stock and barrel into UK law via the EU Withdrawal Bill. What this bill will do is ex-communicate the UK from EU laws and institutions. With this done, there is then the opportunity for the UK democratic process to help mould UK laws into ones that are fitter for purpose for the British people.

There is also the crucial issue of import and export controls. What will happen – what will change? Who will decide – based on what criteria? While so much food regulation is justified by a need to improve food safety, a widely known, yet frequently undisclosed driver, is protectionism. Here lies another big challenge for the UK: will it face new barriers between itself and the EU that really are nothing to do with protecting the EU population from UK foods (remembering that the UK’s food safety standards are widely regarded as among the best in the world)? Such barriers, should they be created, would be much more likely to be more about protecting EU businesses from UK competitors.

Fiddling around the edges

Sadly, yet predictably, as far as Big Food representatives at the forum were concerned, this meant getting rid of things they find “silly” about EU laws, that frankly, are not among the reasons so many (and not just Brits) have become disillusioned with many EU laws, including those affecting natural health. A few pieces of EU law silliness were cited, including the amounts of collagen that can be counted as meat in minced or formed meats, and font sizes on labels for mechanically separated meats (MSM) sold to restaurants. Neither of these issues have much to do with natural health.

A far greater problem is the incredibly broad scope of EU drug laws that makes any product that has any therapeutic benefit a drug – and the EU laws on food supplements, botanicals and on health claims. Given Big Food and Big Pharma’s close relationship – such concerns never get voiced by Big Food.

It looks ever more likely that the idealistic notion of “keep the best and get rid of the rest” will remain an ideal – or at least won’t be achievable anywhere near the end of the two year transition period up until March 2021.

Let’s get ready for the big push…

To conclude, the UK will have to live for at least some time with some bad EU laws – all in the name of business continuity. Following that, every deletion or amendment to imported EU laws will need to be very well argued and very forcefully and broadly delivered. Will it be any easier to bring about necessary changes? Arguably, yes, with just one main parliament in Westminster, and all elected representatives speaking the same language. Around 27 times easier perhaps?

We believe this task will be made easier still once the public and MPs have a clearer and more unified view of what a sustainable health system actually looks like.