Home News ANH-Intl Feature: Will homeopathy be saved – before it’s too late?

ANH-Intl Feature: Will homeopathy be saved – before it’s too late?

As odd as it might sound, these were among some questions posed at the Royal Society of Medicine last Saturday at a ground-breaking conference on the science of water. The conference was organised by integrative medicine consultant Lord Kenneth Ward-Atherton alongside the British Homeopathic Association. One of its overarching aims was to explore where some of the brightest, relevant minds were at when it came to looking at the plausibility or otherwise of mechanisms explaining homeopathy’s claimed or proven clinical effects. 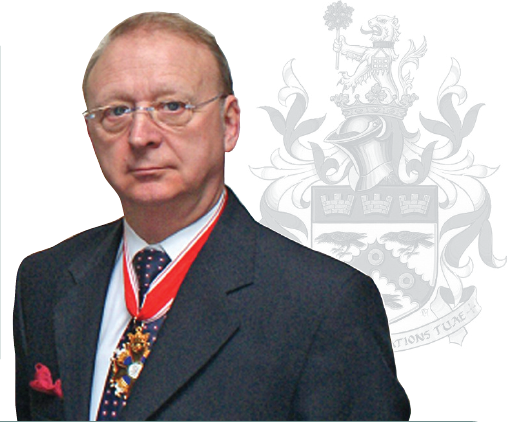 At the conference, five professors presented their views on the science of water, the single substance on which life on Earth is most dependent. Any synthesis of the eminent professors’ views, assuming the research that underpinned them is valid (which I believe it is), would bring you to the same conclusion: what we’re taught about how the human body ‘works’ right up to tertiary education level, including in medicine, is at least in part misguided or wrong. It’s noteworthy that two of the professors were Nobel laureates and the other three head up very active laboratories with solid publication records.

No surprise, none of the scientists opposed homeopathy. Quite the reverse, they all contributed pieces of the jigsaw that could help create a more complete picture of the mechanisms that drive this 200-year-old system of medicine. And almost not a minute too late – given that skeptics have been working overtime for some years to banish homeopathy from the UK’s NHS. That’s despite a significant body of evidence pointing to a clinical effect that goes beyond placebo and strong public demand. More than that, it’s also in flagrant disregard for the fourth principle of the NHS Constitution that dictates that “NHS services must reflect, and should be coordinated around and tailored to, the needs and preferences of patients.”

I was honoured to accept an invitation to speak alongside the professors at the conference. My remit was to look at the broader picture around homeopathy and how people’s beliefs can be constrained or affected by others. In line with the views of Dr Peter Fisher, Director of Research at the Royal London Hospital for Integrated Medicine, Europe’s largest centre for integrative medicine as well as being the Queen’s homeopath, it is wrong to claim (as some skeptics do) there is no evidence for a clinical effect beyond placebo. A further look at the totality of available evidence, and its manipulation in some meta-analyses, can be found in a peer-review journal Complementary Medicine Research (2013) by Prof Dr Robert Hahn, Research Director, Södertälje Hospital and Associate Professor at the Karolinska Institute.

We suggest therefore that skeptics refuse to accept any possibility of the plausibility of a beneficial effect relating to the practice of homeopathy for irrational reasons. These may include one or more of the following:

And the professors spoke…

Water, we already know, is anomalous scientifically. It does a bunch of things we shouldn’t expect of it. Take its unusually high melting and boiling points, considering it is a Group 6A ‘hybride’ of the Periodic Table. They’re not just a little bit higher, but around 100,000 to 150,000 times higher than expected by extrapolation. It also exists in multiple different solid forms, such as the crystalline ice-five or ice-seven forms, or as amorphous ice, all of which change with pressure. As you’ve realised, it’s also less dense in solid than liquid form – water gets less dense unlike other compounds when it’s cooled below 4C. Did you notice your ice doesn’t sink to the bottom of your glass?

So, what did the assembled professors have to add?

All the presentations were filmed and we will be pointing our readers to them as soon as they become available, which we’re told by the organisers will be in the near future. In the meantime, we have distilled what appear to be some of the most important mechanistic theories that underly homeopathy. We provide them for you in the chronological order in which they were presented, as follows: 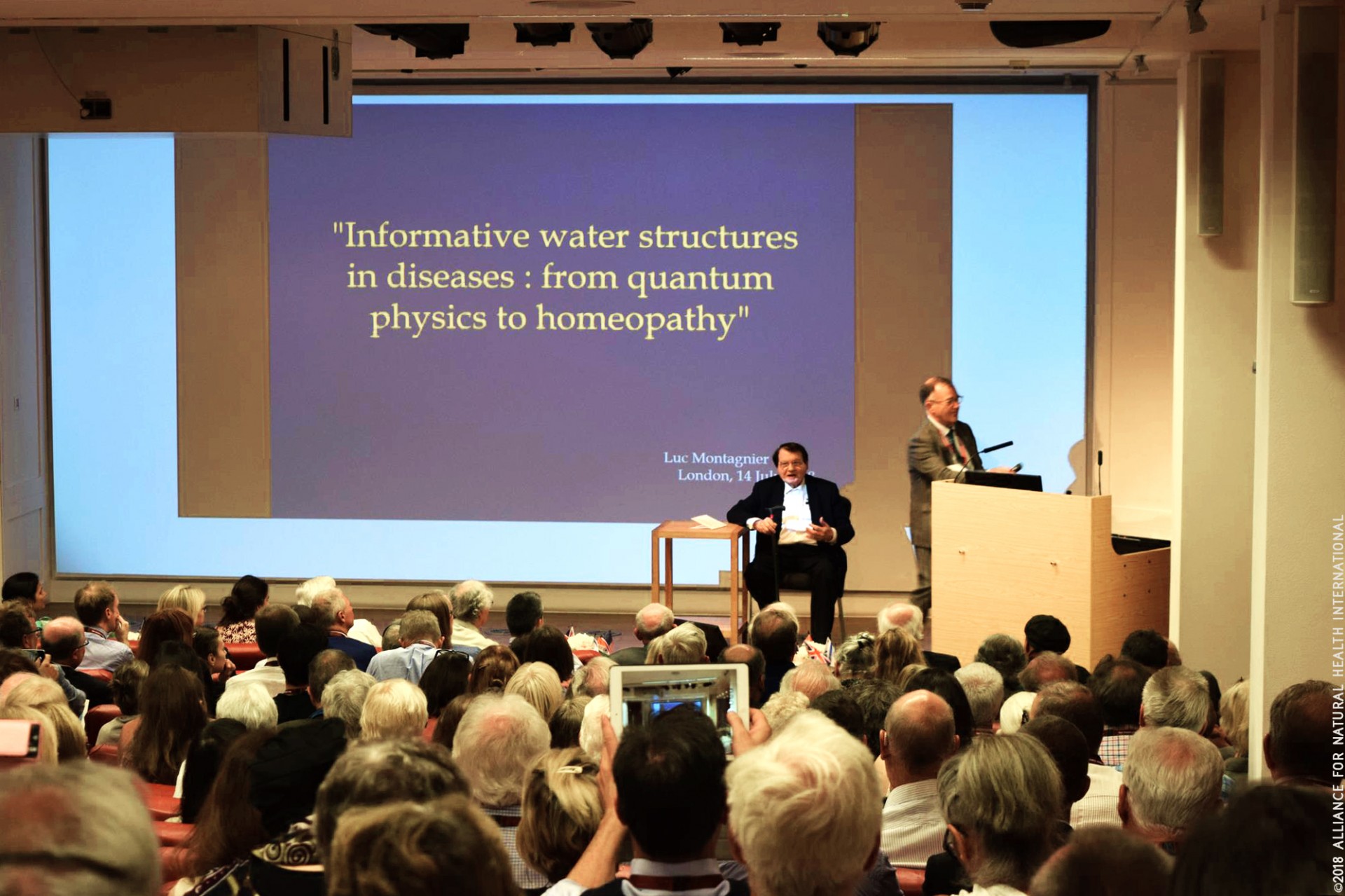 It was with great interest that I accepted an invitation to speak at the conference, mid-afternoon.

In almost every way, I was the odd one out. I am not a specialist in the water-related sciences, in ultra-dilutions or in homeopathy. (What’s more, I don’t have the professorial ‘hair thing’ going on). But over the last 16 years through our campaign work that aims to maintain public availability of as broad a range of health choices that work in concert with our physiology as possible, I have been a close witness of the savage and unjust attacks on homeopathy. It’s a system of medicine that has not only been proven to be of benefit, it has been observed by homeopaths and patients alike the world over to deliver clear benefits (doctors and practitioners rarely persist for long periods of time with medical approaches that consistently fail their patients). 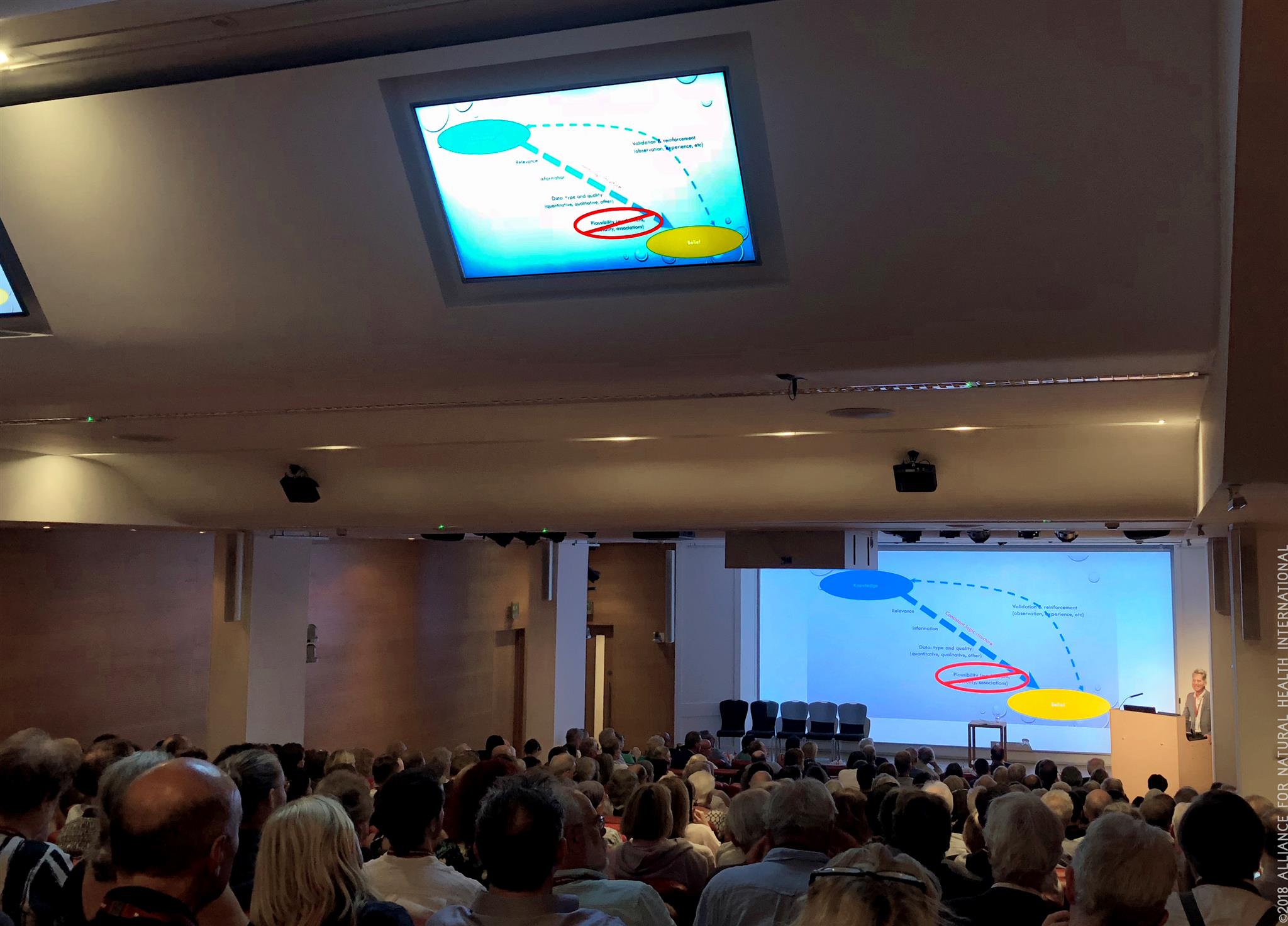 Given our work on helping to co-create a sustainable system, this is where my own presentation led, after suggesting that we should perhaps rethink common approaches to medical rationalism that often lack either rationality or consistency. While we planned to release our position paper, A blueprint for health systems sustainability in the UK later this month, we have decided to delay release until September, given the current instability and attention required by the UK government over Brexit. So more on that in just over a month.

So what can we take home?

Many anomalies of water have long been known and it seems we’re just meant to accept the anomalies and not concern ourselves that there are few in the way of adequate explanations.

The professors raise additional anomalies, which some will believe and others will choose to ignore. What’s very interesting is that there are persistent efforts in society to marginalise scientists with a contrary view to the status quo.

French immunologist Dr Jacques Benveniste (in whose memory the conference was held) was such a scientist. In attempting to demonstrate that water can retain a memory of biologically active substances even when they are no longer present, the orthodoxy can come crashing down on you. They can close down your lab and kick you to the fringes where none of your supporters will have a significant voice. Benveniste died prematurely at the age of 69, still with a passion to uncover more about non-molecular mechanisms of communications within and between cells. He knew he was onto something but didn’t live long enough to get to the bottom of it. This conference was something of a celebration of what has happened in the wake of Benveniste’s discoveries, following his death in 2004 it showed just how elements of the science have moved on, regardless of establishment pressure against this kind of research.

Whatever the opponents of homeopathy argue, the clinical effect has been amply demonstrated. Could this new evidence from the science of water reveal a likely, albeit, complex mechanism – or possibly more likely – a series of parallel mechanisms? And could an understanding of these mechanisms provide the missing piece in the logic pathway required to shift the medical establishment’s perceptions about the usefulness of homeopathy for human or animal health?

This kind of sea change is urgently needed if we are to avert the extinction of homeopathy in the NHS, the veterinary sciences and beyond, caused by a lack of appetite among some for the ‘scientific truth’ - regardless of its consequences.

And before you ask me to define ‘scientific truth’….I like the following definition: “a state of minimum discrepancy between theoretical prediction and observed reality.”