Home News Fake blow to CAM use for cancer

Fake blow to CAM use for cancer

Should cancer patients give up on alternative medicine use alongside conventional cancer treatments?

The news is out and about, on BBC News in the UK and Medical News Today in the USA to mention just two of the media channels. But you’ll find out here that the news is fake. You could say the research article by a Yale team with declared conflicts of interest published in JAMA Oncology provided an ideal opportunity for bit of timely CAM (complementary and alternative medicine) bashing.

A piece in the Guardian by Matthew d'Ancona was given the irresistible title, “From Andrew Wakefield to Brexiteers, snake-oil salesmen are keeping us sick.” Why not go for a three-in-one when you think the opportunity is there!

How was the study conducted?

Firstly, let’s remember the study was an observational one. When these are done in the field of complementary or alternative medicine and they yield positive results, authorities generally say they’re not worth the paper they’re written on. Observational studies, they say, subsist one step from the bottom of the pecking order in the evidence hierarchy of ‘evidence-based medicine’ and therefore have little or no authority. When the shoe's on the other foot, it's a big research group from a well-established US university and the findings can be used to bash CAM (even in the absence of direct evidence), the 'rules' appear different.

The Yale team went to the US National Cancer Database which includes an impressive almost 2 million cases. But it’s made up only of data derived from Commission on Cancer–accredited hospitals in the USA. It absolutely doesn’t include any of the leading centres or clinics specialising in complementary or integrative medicine in the USA.

Of this very large number of nearly 2 million, the researchers could only find a tiny number of cases (281 or a miniscule 0.014%) who fitted the criteria of being cancer patients with stage I, II or III cancer who had also used one or more so-called “unproven therapy delivered by nonmedical personnel” along with one conventional treatment (chemotherapy, radiotherapy, surgery or hormone therapy). Amazingly, the unproven therapies are not coded sufficiently to allow any further information to be gleaned about which therapies were used. But the authors made mention of them as “including herbs and botanicals, vitamins and minerals, traditional Chinese medicine, homeopathy, and naturopathy, as well as specialized diets”.

They also cite other research that shows “Patients with cancer choose to use CM to improve their quality of life and feel more hopeful”, that “Past research has shown that CM therapies such as massage, acupuncture, yoga, and meditation can improve quality of life” and “it is estimated that between 48% and 88% of patients with cancer have reported the use of CAM as part of their therapy". These figures a stunning 3,500 to 6,300 times greater than the proportion of complementary medicine users found in the National Cancer Database – so there is a very strong chance the 281 subjects on which the conclusions are based are not representative.

So what did the researchers find? Firstly, this tiny group of complementary medicine users were more likely to be female, were likely more educated, and had higher incomes than those who used conventional treatments only. Wait for it, they were also more likely to have breast or colorectal cancer, the two cancers that kill most women, while having private insurance, stage III (vs stage I) cancer and lower levels of comorbidity (other illnesses). Geography played its hand as well: they were more likely to live in the Intermountain West or Pacific West of the USA.

The researchers used well-established techniques of survival analysis including Kaplan-Meier plots and a Cox proportional hazards model to compare this group of complementary medicine users with a matched group that only used conventional treatments.

The principle finding was that when monitored over 7-years, patients who used complementary medicine had a marginally worse 5-year survival for all cancers studied (breast, prostate, bowel, colorectal, lung) at 82.2% versus 86.6%, the difference being statistically significant. Most of this difference was caused by slightly higher risk of death in users of complementary medicine with breast cancer, the difference being only marginal with colorectal cancer. There were no significant differences among those with lung or prostate cancer.

Why we don’t rate the study (or its interpretation)

We could descend into a very long rebuttal of the study, but felt a shorter list of key points of concern would be useful. So here they are:

Final note: the same authors published another study (“Use of Alternative Medicine for Cancer and Its Impact on Survival”) in 2017 based on the same dataset that attempted to ‘can’ alternative medicine treatments. It has many of the same limitations as the present study so the findings are in our view worthless and do not reflect what benefits or risks alternative medicine approaches might have for patients who select them diligently. What’s more the title is deeply misleading. The paper cannot establish “impact on survival”. A more appropriate title might have been: “Use of Alternative Medicine for Cancer and Its Association with Survival.” But that’s another story.

Has the time come for mainstream medicine to acknowledge the benefits of 'alternative' cancer therapies?

Here’s a compelling and emotional argument, published in June 2017, for trying a non-conventional cancer treatment on a patient who has run out of options from the official armoury.

“Only someone who is lucky enough to have never experienced the panic and angst generated by a diagnosis of cancer (or other life threatening condition) can contemplate ignoring complementary and integrative medicine.

It is easy for a doctor to dismiss it as unproven quackery, but very difficult then to give an answer to cancer patients in pain, with impossible nausea and vomiting, with drug-resistant permanent insomnia, with weight loss and cachexia, who are open to any reasonable solution in the hope of feeling better.”

So where do you think it came from. A reasonable guess would be the website of some site devoted to CAM (Complementary and Alternative Medicine) or maybe an American centre at a large hospital that takes a CIM (Complementary and Integrated Medicine) approach, using both drugs and natural treatments. 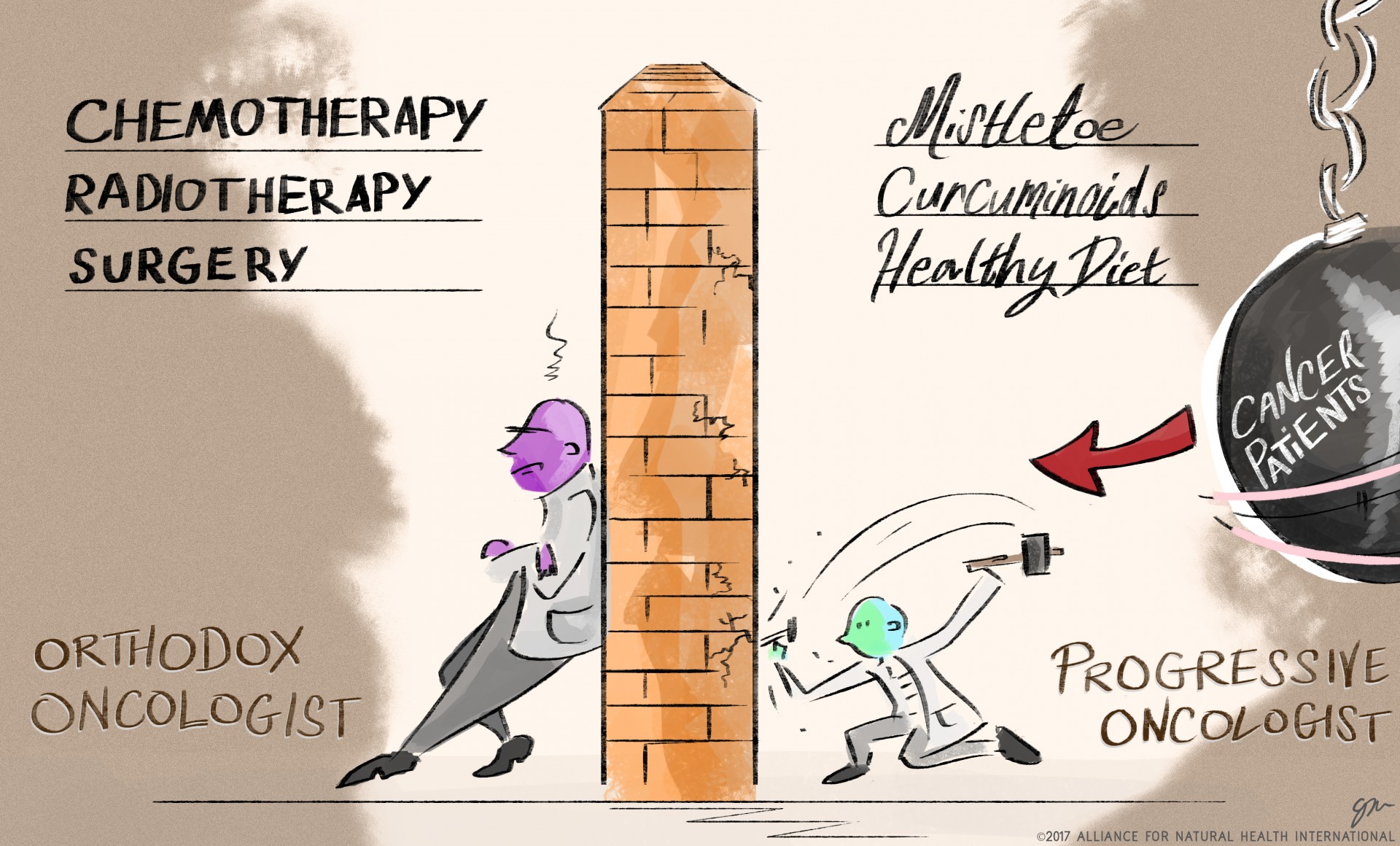 Censorship, quackery and the dissing of unproven cancer therapies

Why the status quo no longer serves cancer patients and what can be done to encourage research and trialling of promising, integrative cancer therapies

Medical freedom of choice remains an aspiration rather than a reality for many. In no area is this more true than in cancer therapy. On Monday, the UK’s Telegraph newspaper lambasted a meeting held near Brighton on England’s south coast, in which various views about alternative cancer treatments were put forward. ANH-Intl’s Rob Verkerk also delivered a lecture at the request of the meeting’s organisers.

We are unable to comment on the nature or quality of other speakers as Rob’s presence at the meeting was restricted to his delivery of a presentation on major challenges facing orthodox medicine linked to its excessive reliance on pharmaceuticals and the limitations of methods used to prove efficacy. Proof of efficacy is reliant almost entirely on the gold standard of randomised controlled trials (RCTs), these increasingly being viewed as of limited value in evaluating multi-modality, integrative approaches that also attempt to maximise the effects of the therapeutic relationship (between practitioner and patient). 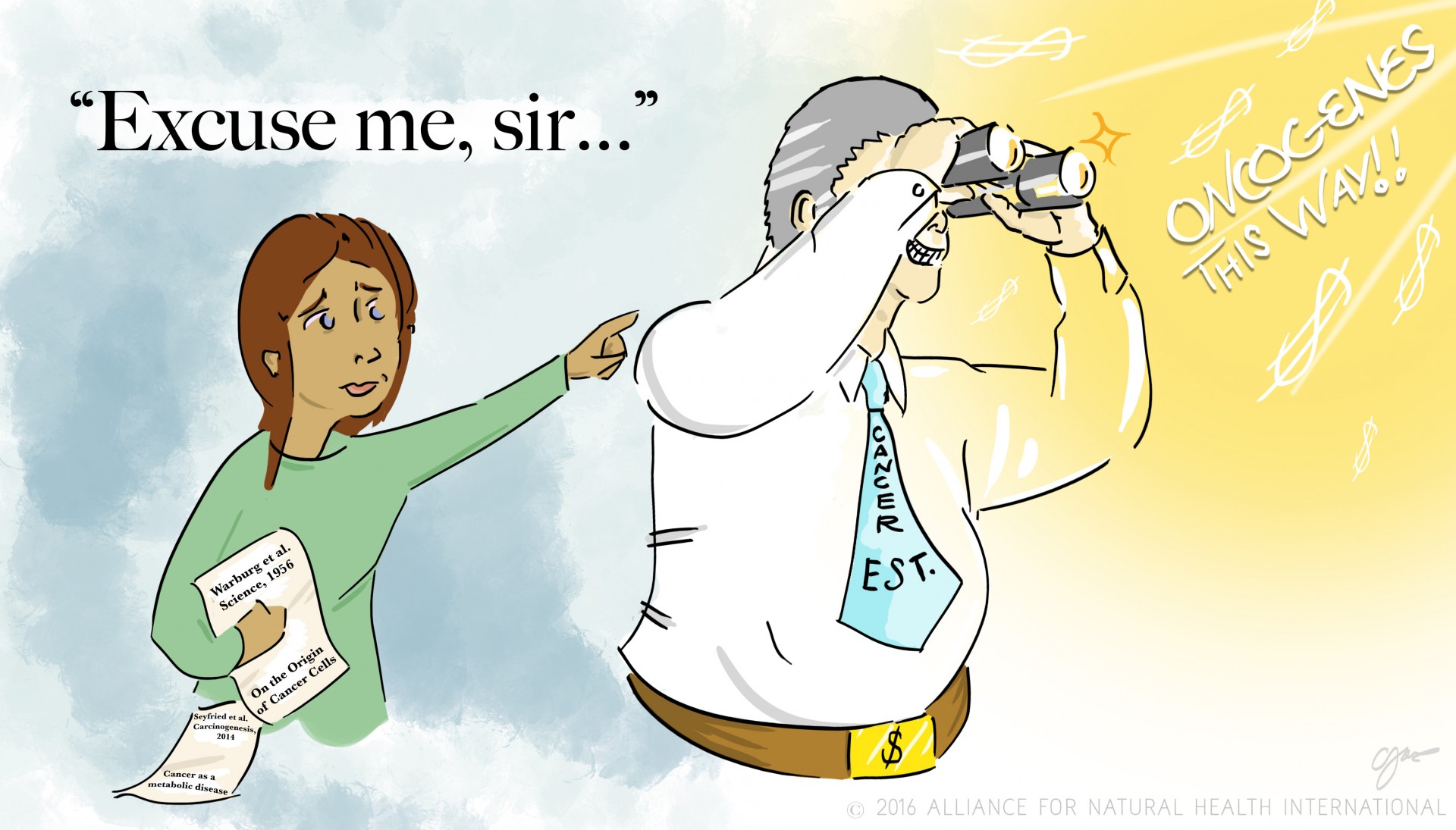