Parkinson’s disease is estimated to affect 7 to 10 million people worldwide. Until now there’s been little information that might support prevention of this debilitating neurodegenerative disorder, let alone any kind of recovery option for those unlucky enough to suffer it. However, insightful new research by a group of US, European and Canadian researchers, just published in the journal Science Translational Medicine suggests the development of Parkinson’s may not start in the brain or central nervous system, but rather in the gut, many years before motor symptoms become apparent.

The researchers found that a specific protein that is associated with the release of neurotransmitters in the pre-synaptic gap, namely alpha-synuclein, may accumulate disproportionately, in specific misfolded (damaged) forms, in the brains of Parkinson’s sufferers. Aggregate forms of these misfolded proteins have also been found to accumulate in the appendix and are present in significant amounts in the gut of people who go on to develop Parkinson’s many years before the appearance of the disease.  Given the now well-established connection between the gut and brain via the vagus nerve of the autonomic nervous system, the researchers propose that alpha-synuclein proteins may ascend to the brain from the gut via this vagal link.

The good news is there is plenty that can be done to prevent the development of neurodegenerative conditions generally, including Alzheimer’s and dementia, especially if we apply our focus to our gut and microbiome health. That’s why for this month’s #ThrowbackThursday, we’re sharing two previous articles centred around the importance of the gut and the brain. The first piece highlights the importance of this all-important link, and the emerging importance of the appendix to our health; the second shares strategies to protect against the degeneration of our brain health and touches on ways in which existing damage to our brains might in some cases be able to be reversed. 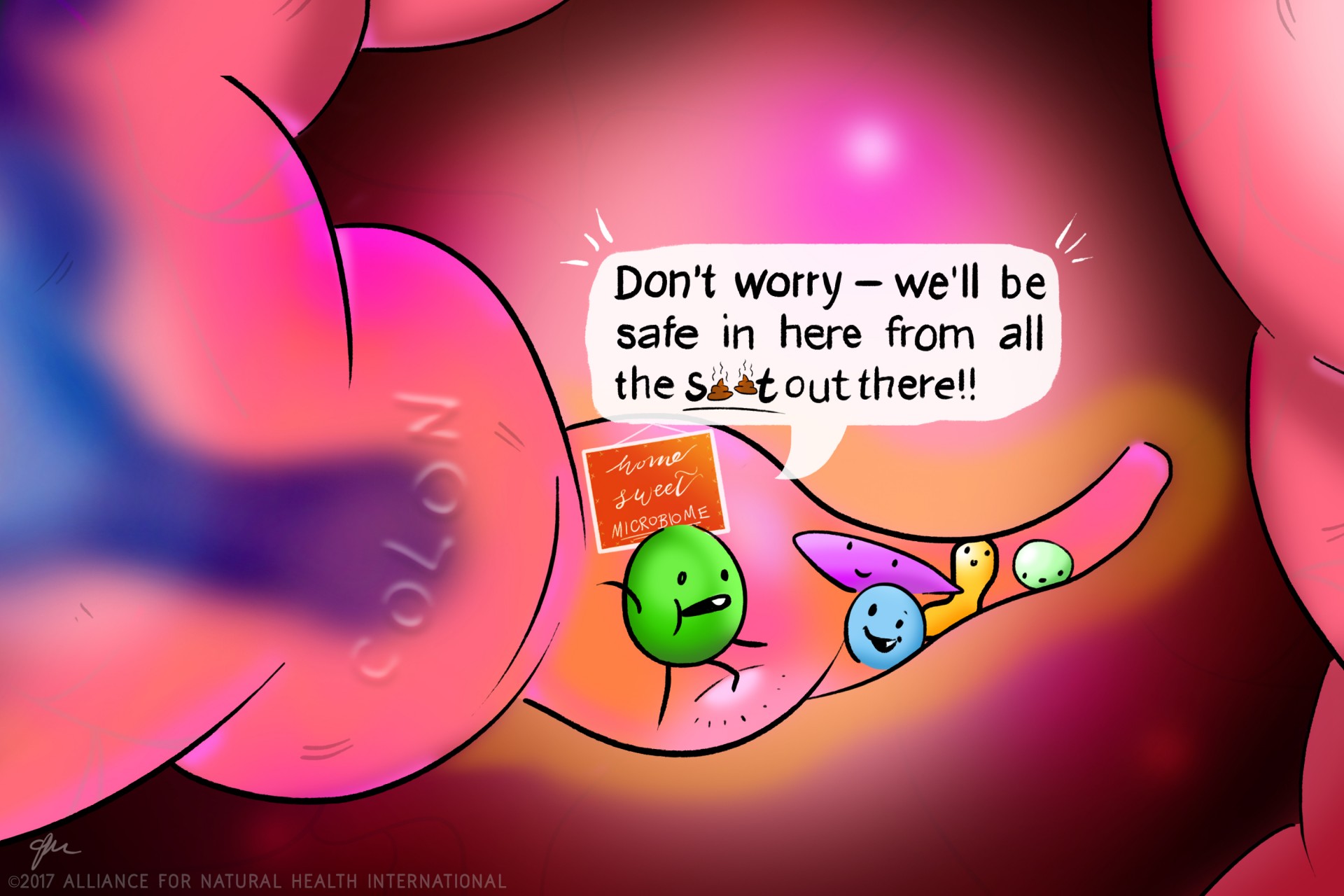 The gut brain connection – a Down Under perspective!

Would it surprise you to find out that mood management is one of the prime functions, not only of our brains and neurotransmitters, but also of the non-human microorganisms that inhabit our gut? During our ancestral past, it appears we used to have around 160 different species of microbes (bacteria, fungi, viruses, worms and parasites) resident in our gut. Today, those of us living in the developed world have reached crisis point with our microbial diversity. In looking at the diversity of indigenous populations, we have a benchmark to see that we have lost keystone species that are essential butyrate producers. Butyrate is a short chain fatty acid with many varied effects, but none more so than being a potent regulator of gene expression.

It’s not just chronic disease spiralling out of control, mental health issues are now commonplace and continuing to rise at a swift pace. Mainstream medicine is still focused on disease management strategies, like drug therapy, for symptoms. But what about strategies that address the cause(s) of what ails us and resolves the health challenge at its core?

The subject of the gut-brain connection for mood modification was one of the key scientific streams presented at this year’s Australasian Society of Lifestyle Medicine’s annual conference in Sydney last weekend. For your benefit, I’ve pulled out some fascinating insights that reflect some of the most recent advances in the field from a range of eminent researchers and clinicians who presented at the conference.

The dynamic brain – and how to get one!

Alzheimer’s disease, dementia and all manner of neurodegenerative diseases are sweeping the developed world. If you’ve seen friends or loved ones suffer this fate, then you’ll know it’s not the way that any of us would choose to live out our days. If you were offered a lifeline and told that your brain was not the unchanging, static organ once thought, that you could take preventative (and regenerative) action, would you? Is your brain, and the brains of your children, worth some effort — but effort that will also lower your risk of chronic disease, raise your vitality levels, help you maintain a healthy weight and unlock your body’s anti-aging potential?

We now know that the brain is a dynamic organ capable of reorganising itself throughout life by forming new neurons (nerve cells in the brain and spinal cord) and new neuronal pathways. This process is called neuroplasticity and it allows the neurons in the brain to compensate for injury or trauma and adapt to new situations or changes in their environment. The top take-home from this year’s Institute for Functional Medicine’s annual conference, The Dynamic Brain: Revealing the Potential of Neuroplasticity to Reverse Neurodegeneration, is that you can heal your brain. Better still, by taking action early, you can do much to prevent the onset of the degeneration that leads to dementia, Alzheimer’s disease, Parkinson’s etc.