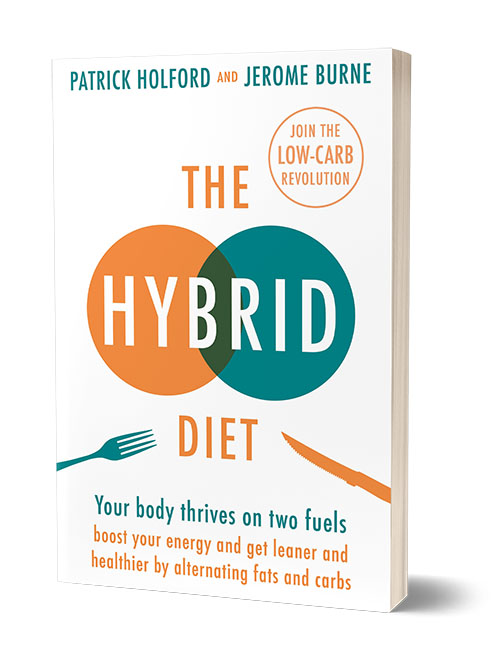 If you have even the slightest interest in diet, you’ll have noticed that the stand-off between mainstream ‘high carb/low fatters’ and the Paleo-influenced ‘low-carbers’ has recently reached fever pitch. With both camps in battle mode, there are few winners. The devoted ‘high carbers’ keep munching their wholegrains while being ever watchful over how much low-fat yoghurt – including plant-based varieties in the case of the growing band of vegans – they dollop on top. The devoted low carbers remain equally entrenched, more and more going ‘carnivore’ and leaving plant foods out of their diets altogether. Both camps scream loudly about their successes. The majority of the population carry on munching their burgers and processed foods, thinking there can’t be too much wrong with the middle ground. Perhaps they forget they’re as good as emanating government guidelines, but still getting ever fatter and sicker. Net result? Nothing changes. Citizen Joe says I might reconsider what I’m eating once the experts stop arguing.

Enter a new book to be released next week, authored by ANH friends Patrick Holford – nutritionist and prolific author – and Jerome Burne – award-winning medical and health journalist with a passion for getting under the cover of controversial medical issues. The book’s called “The Hybrid Diet” (Piatkus, 416 pages) and is available from 21 March. The subtitle titillates further: “Your body thrives on two fuels - discover how to boost your energy and get leaner and healthier by alternating fats and carbs”.

It seems almost every day we hear people quoting the definition of insanity as “doing the same thing over and over again, and expecting different results” (a misattribution to Einstein). A good case in point is governments issuing the same basic healthy eating advice to their populations over more than 4 decades. It’s involved getting most of one’s energy (calories) from carbs and cutting back on fats, especially saturated fats. Protein, the other macronutrient, has been much less contentious, but that’s mainly because the science isn’t well enough understood by the authorities or the epidemiologists who’ve been cosying up with government authorities and Big Food for years.

Hybrid Diet could be regarded as something of a peace offering between the feuding parties. Its primary tenet is that our bodies are built to burn two fuels, carbs and fat, and most people will do better if they switch between the two fuels at different times.

Ironically everyone can burn carbs, despite them being non-essential to human life. More importantly, our modern lifestyles mean that, for many, our fat burning metabolism has shut down through disuse. That’s despite it being the evolutionary norm and our cleanest burning fuel.

Hybrid Diet will help people to learn how to switch between burning both fuels again. In essence, it brings more flexibility to your metabolism. Metabolic flexibility and resilience being something we’ve been advocating for years. In the process, you can get acquainted with all the things for which ketogenic diets are renowned, including fat burning, brain health, clean-up and repair duties courtesy of autophagy, building muscle strength through mitophagy, and more.

It also explains why some people can tolerate carbs better than others and why some benefit so greatly when they go classic ketogenic, consuming less than 5% of their dietary energy from carbs. 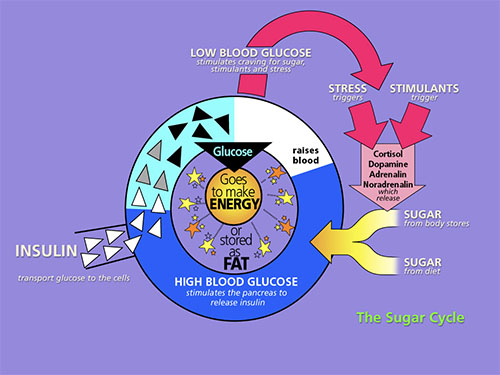 Source: The Hybrid Diet: The sugar cycle — how insulin works

It’s refreshing to see a book that isn’t just plugging one kind of diet. While the book shows you how you can shift your carb intake from one end of the spectrum to the other, while making sure they’re always slow-burning carbs, it offers a more import lesson. That’s about learning more how our metabolism and physiology actually works – in a very accessible way. Keeping it accessible is after all Patrick and Jerome’s signature.

We applaud their effort. Not only is this a book that everyone should read, if we’re going to have a medical profession that’s going to come to grips with the metabolic disease crisis we currently face, it should on the reading list of every medical student.

Important Note from ANH:
After listening to that short animation you might be lulled into thinking that metabolic change can be achieved in a week. That might be true for those that are already metabolically flexible and resilient, but in our experience (8 years+) those that have been metabolically dysregulated (overfat, genetically disadvantaged, insulin resistant, type 2 diabetics, sedentary, chronically inflamed or suffering with a chronic disease for example) for a long time there is a need for an adaptation phase. The adaptation phase is different for different people because we're all so genetically unique, but be prepared for it to last anywhere between 6 - 10 weeks before your body is stable in its metabolic shift. By that time you'll be able to have longer interludes between meals with stable blood sugar and you might even have engaged in intermittent fasting periods because you're now able to burn fats for energy. That said, even though the first few days might be tough as your metabolism gets a kick in the pants, it really doesn't take long before you start reaping multiple benefits - often from week 2, which really helps with motivation and the will to continue.