Home News How EU laws, their interpretation and false alarms will harm citizens

How EU laws, their interpretation and false alarms will harm citizens

Everyone’s worried about our increasing incapacities as we age. Yes, we might be living longer than our parents and grandparents lived, but more and more of us are getting chronically diseased at an ever younger age. And the two disease areas over which we’re really losing the battle are ‘diabesity’ (obesity + type 2 diabetes) and dementia/Alzheimer’s disease.

Both these diseases are tied very closely to changes in our behaviour in recent decades – changes linked to our current lifestyle norms. What’s more, Alzheimer’s and dementia is not a new disease needing a new pill. It’s very closely related to type 2 (and even type 1) diabetes – sharing many of the same underlying causes – hence it sometimes being referred to as type 3 diabetes.

If the cause is the wrong diet and lifestyle, the solution is a change in that diet and lifestyle – not some new drug that’s not quite out of Big Pharma’s rather empty pipeline. For this we need very clear channels of communication to the consumer – and it’s high time we realise that dry policy documents and warped ‘healthy eating’ guidelines intended to keep Big Food on its current business trajectory are just not going to cut it.

In our current age of the corporatocracy, we need companies that produce healthy and therapeutic foods to be able to communicate to their prospective customer base. In the EU, we have a problem. There’s a raft of EU sanctioned laws and communications that drive a coach and horses through this possibility. Big Food and Big Pharma barely get touched – but the people hit hardest are the smaller, innovative companies selling the most therapeutically active and beneficial foods and supplements – and their customers, the very people who are least likely to eat ultra-processed foods or rely on prescription drugs. 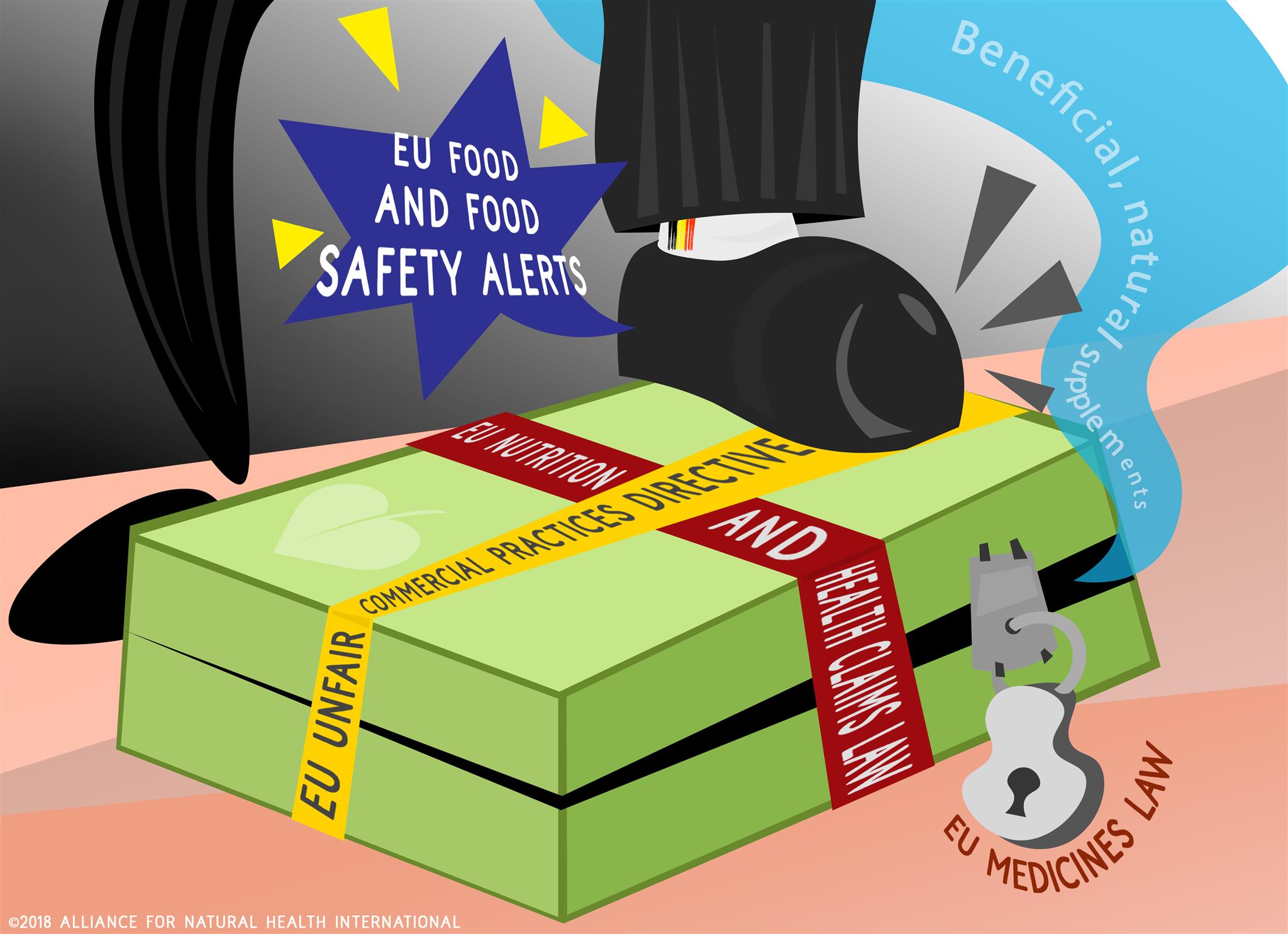 Step 1: Make anything therapeutic a drug. Any product that has any potential to ‘correct, modify or restore physiological functions in the body' a drug – unless they are “clearly” foods. We can thank the EU medicinal code for that.

Step 2: Banish over 2000 health claims about the health benefits of specific foods or their ingredients from use in any commercial communication. We can thank the EU Nutrition and Health Claims Regulation for that. Find out more from our EU Natural Health Absurdities piece from 2016.

Step 3: Silence doctors educating their patients about health foods and food supplements. While more medical doctors become better educated about ingredients and supplements that are good for us, companies have been communicating scientific information about their health products to this ‘professional sector’ in recognition that such B2B communications were outside the remit of the Nutrition and Health Claims Regulation. But this B2B communication portal has now been shut down by a 2016 ruling in the European Court of Justice brought by the ambulance-chasing lawyers in anti-natural health outfit, Verband Sozialer Wettbewerb (Germany’s Association of Social Competition) against Innova Vital GmbH. This ruling is at odds with a wad of other EU laws, such as those affecting tobacco or infant formulae, that specifically allow B2B communications with health professionals but not to end consumers.

Imagine how this ban works in practice: A company has spent tens of thousands or more on trialling a probiotic and found it works well for a particular sub-group (that, by the way, must not be diseased, as that’s the sole domain of drugs). They then want to educate doctors about their trials and their results, given that health professionals are in the strongest position to identify the right group of patients. If the company now does that, they’ve broken the law and face criminal prosecution, given not a single health claim for a probiotic has been approved on the EU Register of health claims. That also makes even the term ‘probiotic’ illegal in some EU member states that like to take EU laws literally and savage companies and consumers alike in the process. It’s of course not the products that don’t work, it’s the flawed system for evaluating claims that’s at issue.

Step 4. Use the Unfair Commercial Practices Directive (2005/29/EC) to shut down specific sectors of the health food market, such as those relying on network or multi-level marketing. The practice that is fully legitimate in most parts of the world, is on the ‘black list’ of Annex 1 of the Directive, to which case law established in the 4finance judgment (Case C-515/12) is now being especially applied by national authorities to companies selling food supplements in the EU.

Step 5: Blast false information about food safety across the EU airwaves and get national authorities to pull products off the market. The EU Rapid Alerts system does a good job warning consumers and regulators about unsafe products. But it’s open to abuse. A search of the RASFF Portal reveals 93 alerts linked to high dose vitamin usage, most being way below any levels that could cause genuine harm and being in the domain of therapeutic natural medicine. These levels are simply above the ridiculously low ‘tolerable upper levels’ set by the European Food Safety Authority or other risk assessment authorities such as Germany’s BfR. Recent alerts are for 69 mg vitamin B6 from a Swedish product in Finland, 10 mg of zinc in a US product sold in France, and a 125 mcg (5000 IU) vitamin D3 product from the US selling in Ireland.

In the EU, these laws need to be changed if, as a society, we’re to get out of the chronic disease spiral.

And what this means for Brexit?

In the UK, there’s an option to escape these bad EU laws and do something better. This comes at a time when EU President Tusk and the EU’s chief Brexit negotiator Michel Barnier have said they’re not up for any ‘cherry picking’ or single market à la carte over trade agreements.

That’s not to say the UK people can’t decide on their own laws….

But irrespective of what our governments decide to do, we can all still make choices in our lives that our governments class as dangerous or illegal. But we know better, because our current health and vitality is often built on doing what governments and some big corporations don’t want us to do.

Health warning: Avoid the bean counters at all costs

The fact remains that many thousands of people are managing their own health largely by natural means. That includes all of us here at ANH. What’s interesting is that we’re not statistics on some bean-counter’s spreadsheet - because we’ve committed the cardinal ‘sin’ of staying well. Our dietary patterns are not recorded, because we don’t use store cards and rarely shop in supermarkets. Yet we place less of a burden on our society than most other members. The trouble is, not everyone knows this and limitations on our communication, as well as that of health professionals who’ve ‘seen the light’, is a big hindrance in getting what we know out to others.