Home News In a Mother's words: how the untouchable cancer system fails our children

In a Mother's words: how the untouchable cancer system fails our children

The truth behind the Neon Roberts story

Long-time supporters of ANH will probably remember the articles we wrote back in 2012 and 2013 about the tragic case of abuse meted out by the UK’s NHS on a seven-year-old boy, Neon Roberts.

For our more recent readers, Neon was forced to have whole brain and spine radiation when his mother, Sally Roberts, found herself on the wrong side of the cancer establishment, the mainstream media and a legal system manipulated by the might of NHS oncologists. A mother’s overwhelming desire to do what she felt was best for her child was complicated by the fact that she was unable to present a united front with Neon’s father, Ben, who sided with the NHS. This left Sally to stand alone in a desperate bid to prevent her son being permanently damaged by an outdated form of radiation that was fully recognised to cause such collateral damage to a child's brain it would prevent the vast majority of treated children from having a normal life. Agonisingly, Sally was fully aware, (as were we, hence our communications with Sally at that time), of a more appropriate treatment, proton beam therapy, which was available overseas, outside the NHS.

Sally had even raised the funds to have Neon flown over to the US for proton beam treatment. But this was stopped by the High Court on the advice of her NHS consultant, who eventually pushed the button to “fry the whole brain”. In another twist, one of the two proton beam machines in the UK landed up in London in this same consultant’s hospital, not long after he ‘fried’ Neon’s brain and spinal cord. He even tweeted about his excitement at going to “proton school” in readiness for the arrival of the new piece of kit.

One of the most shocking elements to this tragedy is that Neon’s medulloblastoma tumour had been fully surgically removed with a good tissue margin of healthy tissue around the site of the tumour. Thanks to his mother’s diligence and knowledge of supportive natural protocols for cancer, Neon was in good health and had made a full recovery from the surgery. The radiation could therefore have been deemed unnecessary, but NHS protocol demanded it be done alongside a year of highly toxic chemotherapy. It seems, the NHS, and its consultants, were not about to lose face to a mother’s whim. Especially not a whim that involved an integrated approach to oncology which included the use of natural methods.

Sally Roberts’ book, The Treatment: First Do No Harm, is just out, published by Matador in the UK following the lifting of a gagging order on her telling her story. It’s a labour of love that’s taken 8 years to write, but through her painstaking recount of what really took place, Sally has found healing — and herself again. It’s a book that needs to be read – not just by parents or cancer sufferers – but also because it strips away the veil of respectability that cloaks the darker side of the healthcare establishment. It’s also a book of our time. A gift, if you will, to remove any remaining blinkers about the power of mainstream medicine with the backing of one of the world's most powerful industries as well as governments - all of which has a lot more to do with politics and economics than it has to do with citizens or their health.

If you’re wanting to give a gift with heart, passion and purpose this Christmas, then look no further than The Treatment: First Do No Harm. 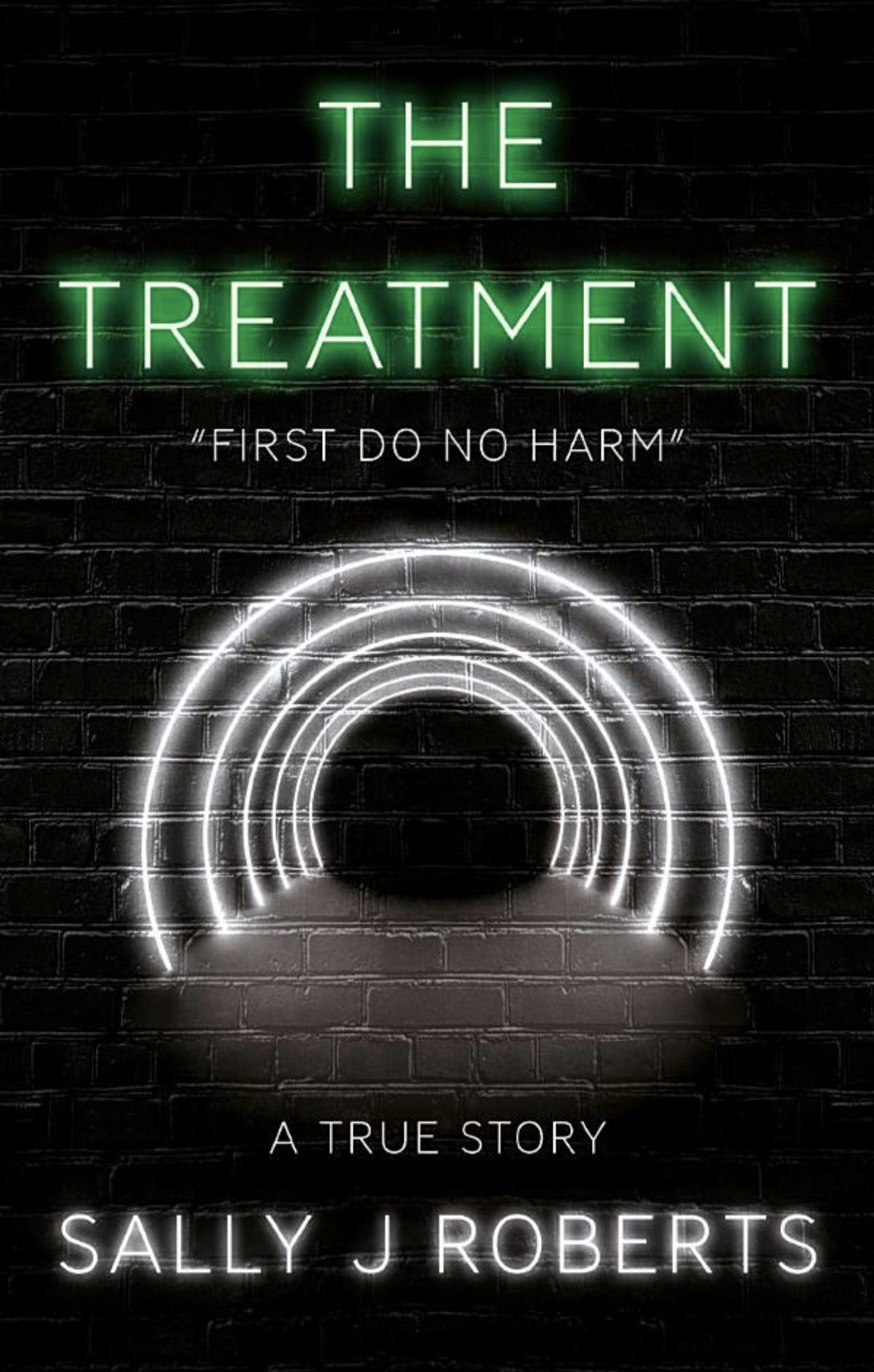 Sally’s story, in her own words

It’s almost exactly 8 years since we last spoke to Sally, when she was fighting for her maternal rights on behalf of her son in the High Court in London. The misjudgement of her in the court was the result of the judge’s blind reverence to NHS oncologists and the influence of mainstream media that used every opportunity to misrepresent Sally as a “bonkers mother” who was endangering the life of her son.

Sally felt she had little option than to disappear with her son, triggering a nationwide, media-frenzied national manhunt. When eventually tracked down by police, Neon was traumatically removed from her in the middle of the night. Not long after, he was forced by court order to have whole brain radiotherapy that Sally argued was unnecessary and was almost guaranteed, given the available evidence, to damage his brain and spinal cord. This happened while a media fanfare continued to claim incorrectly that Neon was gravely ill and would die without this treatment, that ended up causing damage that Neon will now live with for the rest of his life. From the NHS' perspective, it will be recorded as a success, as the cancer has yet to return - even though there was none present at the time of his enforced irradiation. More than that, the risk of its recurrence is actually now increased, not decreased, because of the unnecessary irradiation.

However, what the headlines never revealed was that Sally’s disappearance was triggered by a callous, throw-away comment from the consultant in Bristol. This doctor told her that “you have to fry the whole brain” after surgical removal for a medulloblastoma - a comment he must, or should, surely regret. We can’t imagine any loving parent feeling differently at hearing these words. Her actions are completely understandable, however, no action has been taken against that consultant or any of the London-based team that carried out the radiation and chemotherapy subsequently. But Sally, Neon and his twin sister Elektra live each day with the consequences of these doctors’ actions.

In the light of the publication of her book, which makes reference to our work in helping to correct the misinformation perpetuated by the UK's media, Rob and Mel interviewed Sally this week about her and Neon’s harrowing journey. Reading Sally's story, in her own words, painstakingly crafted over several years, is nothing short of a revelation. It is a damning indictment of so-called conventional cancer care. And it is a travesty that a mother, who was the prime carer of her twin children, could have her parental rights so readily disregarded. Sally and Neon’s experience drives a coach and horses through one of the key principles in the NHS constitution, to ensure that services are “…coordinated around and tailored to, the needs and preferences of patients, their families and their carers.”

Watch below Rob and Mel’s interview with Sally Roberts recorded earlier this week:

After traumatic incidents, friends and family often remind us that we only get to experience what we are able to handle. When you hear Sally speak and read her book, you will be left in no doubt as to the immense heart and strength of this woman. Not many of us would choose to experience what she has been through — and the manufactured character assassination to which she was subjected.

Sally’s life turned upside down in 2012, almost without warning. Whilst coping with her husband’s affair with a family friend in her house right under her nose, Sally was then faced with the diagnosis of Neon’s large medulloblastoma when he and his twin sister Elektra were just 7-years-old. With both kids to care for, one with cancer, she was forced into a house move from Devon to Brighton, with Neon also undergoing surgery in Bristol.

The relief that Neon’s surgery had gone so well was all too short lived when Sally was presented with the fact that within 42 days his operation, he would be subjected to whole brain and spine radiation followed by 12 months of chemotherapy. Not because he needed it, but because NHS protocol required it in case there were a few cancer cells still “floating about”.

Sally’s book illustrates vividly how a mother fought to the limits of her considerable abilities to do what was best for her son, while being so misrepresented and misunderstood by the media, as well as the medical and legal systems. The book does so much more than set the record straight. It emphasises that life is a journey, and it is the journey that makes us into who we are.

We hope that many of you take the opportunity to read this powerful, heartfelt and deeply moving book, as well as gifting it at this time of year to those you care about. Amongst the many messages it conveys, it reminds us of the importance of purpose in our lives, and it honours so profoundly the journey that changed the course of Neon and his family’s lives.

We also don't doubt that the publication of Sally, Neon and Elektra's story could change the course of the lives of others too. 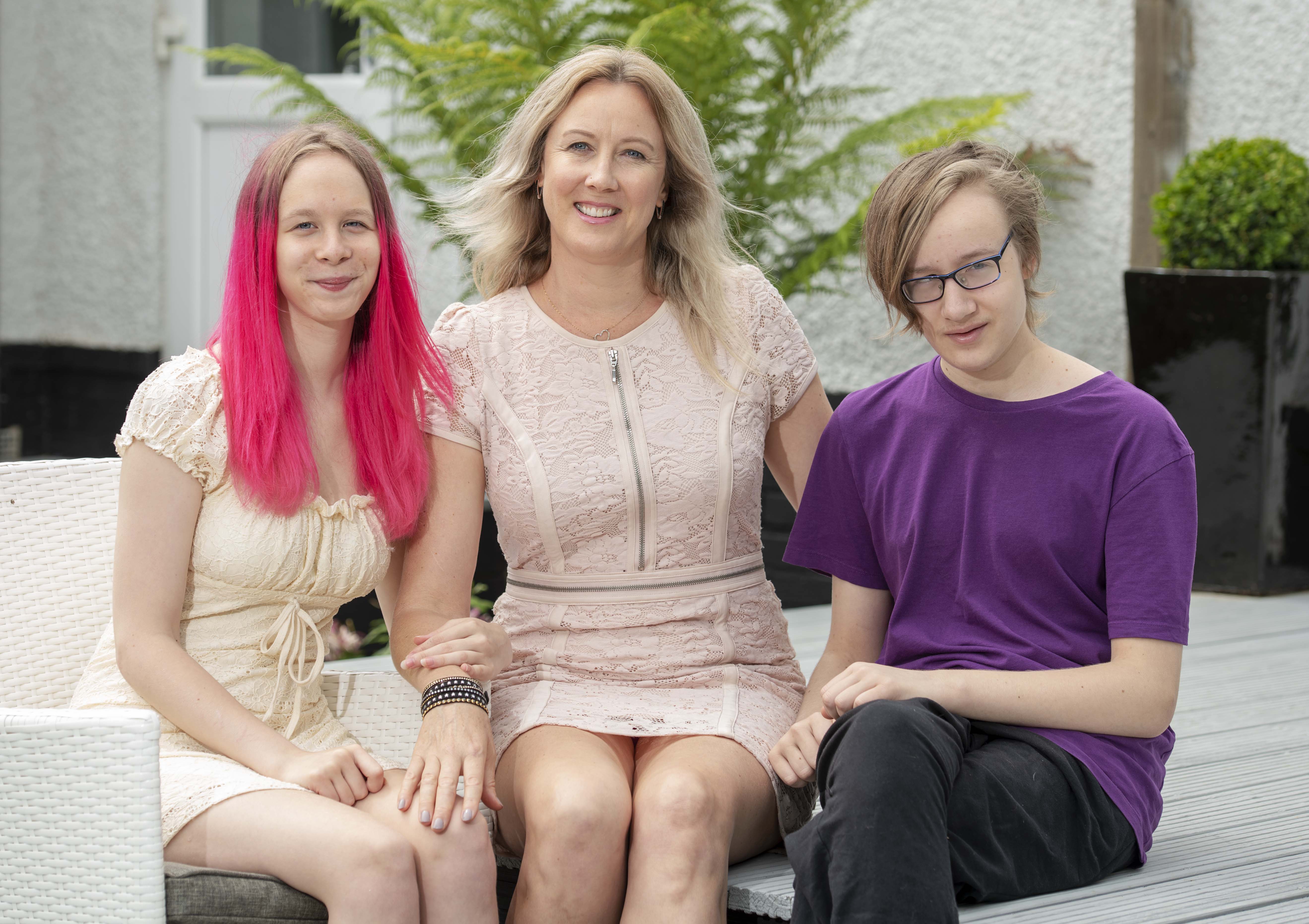 A recent photo (left to right) of Elektra, Sally and Neon Roberts.

'The Treatment: First do no harm 'is available from the following sources: