Home News Is the tide of public opinion turning against governments? 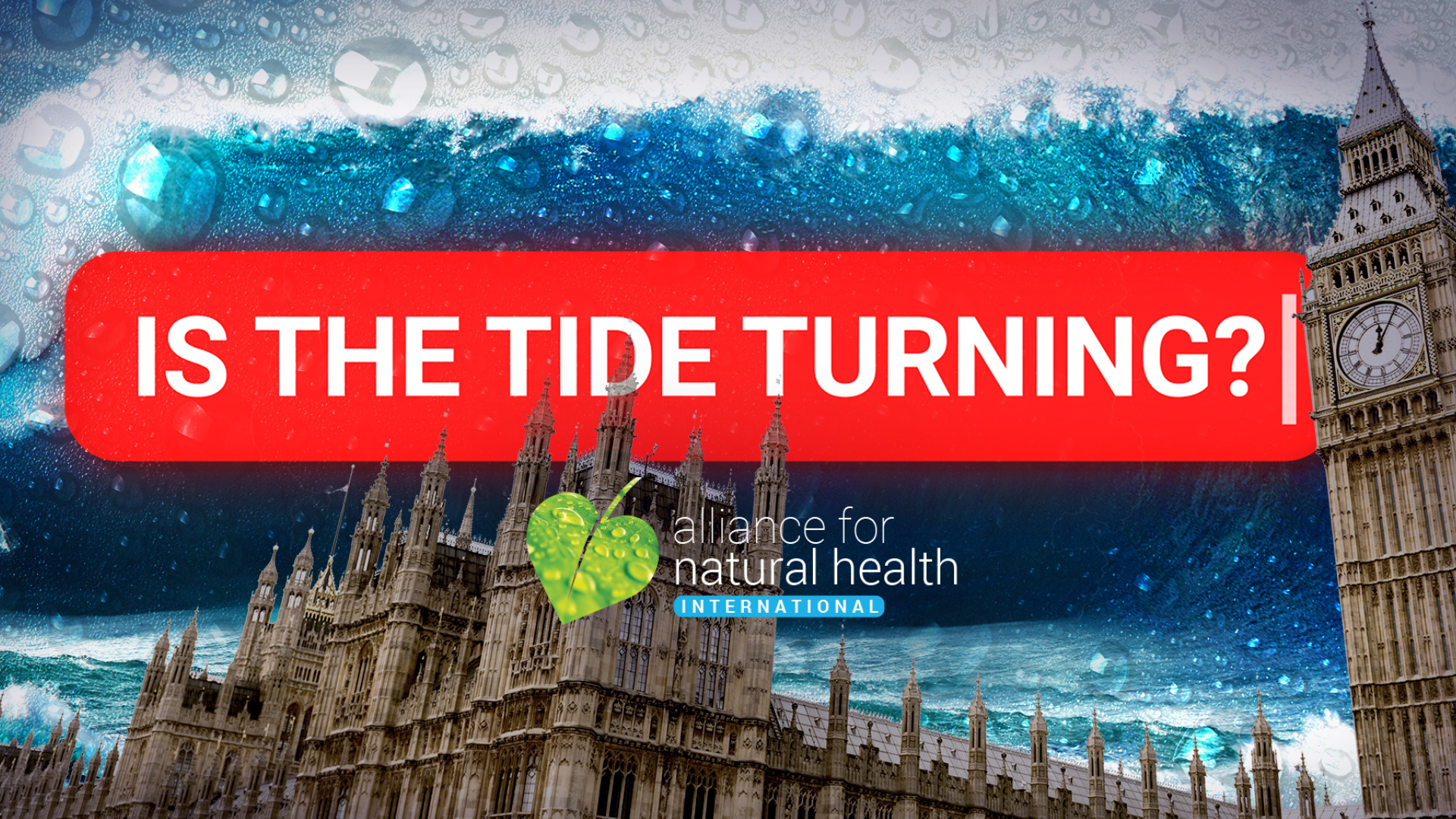 Is the tide of public opinion turning against governments?

As restrictions bite ever harder, is a once fearful and compliant population increasingly rejecting 'project fear'?

As coronavirus case rates increase in many countries – governments are preparing us – the  people – for further lockdowns and more restrictions on our movement, as well as on our ability to work and function socially.

These guidelines, rules and laws are fuelled by emergency powers handed to governments by the World Health Organization and its very broad definition of a ‘pandemic’. Together they prevent us from behaving like normal human beings. From benefiting from a good all-round, non-socially distanced education; holding down jobs; interacting with our friends and families; travelling freely; making plans for the future and keeping ourselves generally in a healthy mental state.

So, how are we reacting to all of this? One way of gauging public opinion is by reading the comments made beneath mainstream media articles and social medial feeds that espouse what’s increasingly referred to as the ‘mainstream narrative’.

Our sense is that over the last few weeks, certainly in the UK, there’s been a fundamental shift in position by many people. More and more of us are questioning the logic of what’s happening around us. Questioning the idea of placing such a myopic focus on just one disease, while failing to take note of the extraordinary collateral damage that’s occurring everywhere else.

In this video, we’ve taken 3 recent stories and analysed the public response in terms of whether the comments are for, against, mixed or undecided with regard to the key message being reported.

The first article we looked at is from the UK’s Daily Mail, published on the 20th of September. Jack Wright’s story prepares the British public for 6 months of lockdown and at the time of making this video it has drawn over 11,000 comments and 3,000 shares. That’s a lot of interest, in anyone’s book. In sampling the comments, we found almost exactly half of them opposed the notion of lockdown. What’s more, only 14% thought 6 months of lockdown was a good idea or necessary. A mere 7% were undecided and the final one-third didn’t express an opinion one way or another. That’s quite a shift compared with a few months back when the public was both cooperative and malleable. 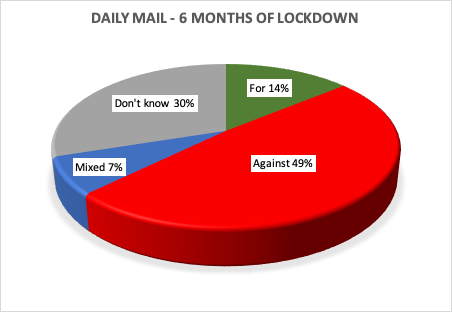 Next we looked at an article from BBC News that reported, on the 28th of September, Boris Johnson’s plan to fine people up to £10,000 if they don’t self-isolate after testing positive. OK – perhaps people aren't quite as polarised on this, but still, only a little over one-fifth of people commenting agreed that fining people if they didn’t comply with the self-isolation edict was a good thing to do. A bigger proportion, nearly one-third, thought the exact opposite, expressing it often in no uncertain terms.  Nearly 20% expressed mixed views and nearly 30% didn’t express a clear view for or against. 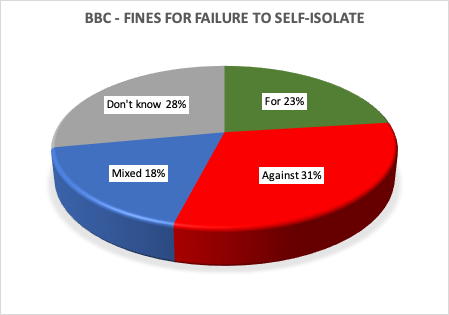 Our third pick was from none other than Matt Hancock – the UK’s health secretary. We looked at a Twitter post he made on the 1st of October which accompanied his speech in Parliament that was all about getting the public ready for what he has in store for us – more lockdowns and restrictions. The device he used was one that’s often been used - fear. He proposed that it was unthinkable to let the virus rip through society as this would result in hundreds of thousands of deaths. What he never seems prepared to consider is a more targeted and age-structured response that involves shielding the vulnerable, especially older populations, while allowing the healthy, generally younger members of society to get on with life pretty much as normal. His aversion to this more Swedish approach appears publicly to be linked to concerns about asymptomatic transmission among the young and healthy, something that appears, with the benefit of hindsight, less of an issue than was thought a few months back. 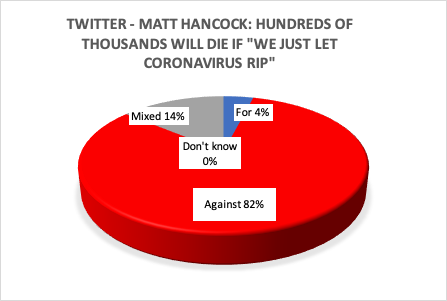 Anyhow, of the 283 comments on his Twitter feed, our sample revealed a massive 82% of replies flat out disagreed with the health minister. Just as telling, only a miniscule 4% agreed with Hancock and those with mixed views were around half the proportion compared with the other two stories and issues.

We also decided to look at how the mainstream media are reporting on the pandemic. We took a sample of articles from BBC News and The Telegraph from the UK, and CNN and USA Today from the US, over the last 7 days and analysed their contents to see if they were pro-pandemic (for), against or reporting in a more neutral, unbiased and balanced manner (mixed).

The Beeb's reporting was split between articles that were pro (48%) and mixed (35%) with just 17% against. In contrast, the articles sampled from CNN showed a whopping 90% for, with a paltry 10% against. The Telegraph came out at 52% for, 8% against and 21% mixed in the last 7 days. USA Today also appeared massively pro with 70% for, a tiny 4% against and 26% mixed. Obviously, had Fox News been evaluated, the picture would have been different in the US. What this limited evaluation may be giving us insight to is that polarisation in the US may be even greater than it is in the UK. That's an interesting situation in the lead-up to an election - and perhaps the election is playing its part. 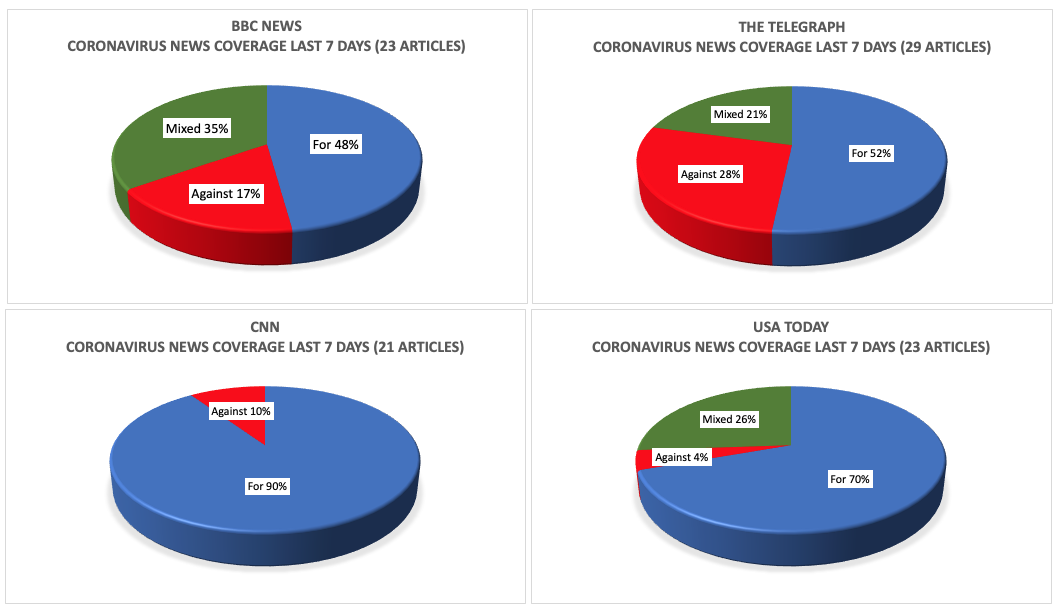 Still, despite a tendency for the mainstream media to act as a voice for government propaganda, presumably to keep the populace in a state of fear and panic so they will be compliant, a large cross-section of the public does appear to be awakening and realising that the virus may be the lesser of two evils.

All in all – this sample of public views gives us some idea that citizens' mood – the tide – might be turning. It’s hard to say if this trend will build and build, or whether the number of dissenting voices will plateau. However, what’s already happening won’t have escaped the attention of the behavioural scientists working with Government – the ones who came up with ‘project fear’ in the first place in order to create a responsive public.

But we all know so much more about the virus now – and it’s important that governments don’t underestimate the intelligence and the concerns of those who’re most impacted by policies that have decimated lives and created collateral damage unique to any efforts in living memory to manage any one disease.

It may be even that public opinion that opposes government restrictions is close to achieving a tipping point, one supported by an ever growing band of highly informed scientists and lawyers who’ve decided to take a stand.

You can find out about this in our other story that we’ve released this week – the link to which you’ll find below this video.

Please also share the video and story as widely as you can, as we don’t know if, or how long it’ll be, before the censors pull it down.