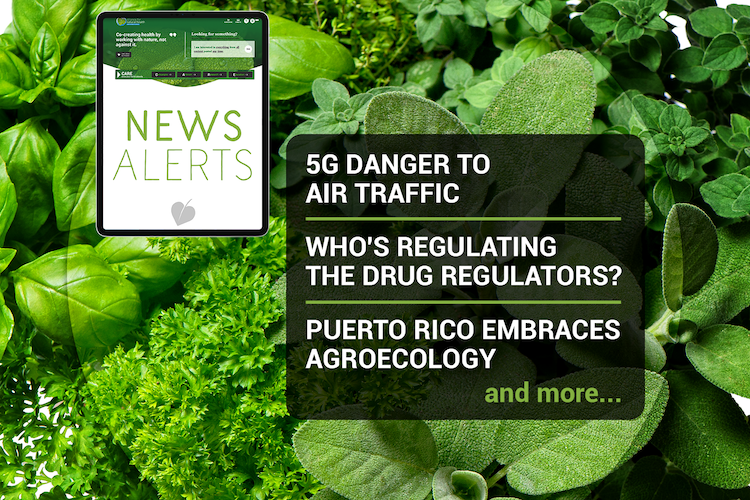 Eating more fibre rich foods can help reduce anxiety levels and in turn reduce the amount of carbohydrate and sugary foods women eat. Publishing in Nutrients, researchers from the University of Surrey, UK and Friesland Campina in the Netherlands gave a small group of young women prebiotic GOS supplements to see if they would influence the makeup of their gut microbiome. At the end of the study levels of Bifidobacterium increased in those who were taking the GOS supplement. The women in the GOS group also reduced the amount of carbohydrate based foods and sugar they were eating and increased levels of fat. The good news is you don’t need to take supplements to achieve such changes. Eating a diet that contains plenty of fibre rich, rainbow coloured vegetables and fruits will have a similar benefit on your gut microbiome and help to reduce feelings of anxiety and depression as we renew our connections with old friends.

The air industry has sounded a warning over the increased use of 5G technologies due to its ability to interfere with radio altimeters in planes. In the US, Airlines for America has filed an emergency request with the Federal Communications Commission (FCC) to delay the rollout of 5G. Because of the concerns the Federal Aviation Administration (FAA) is planning to put highly restrictive safety measures in place that could cause chaos on top of that caused by ongoing covid restrictions.

It’s well known that new drug applications are subject to significant discrepancies and omissions of relevant and related data. The continued problem is highlighted in a new study, led by Peter Gøtzsche, published in the Journal of Clinical Epidemiology. Peter and his team assessed the evidence for an ADHD drug for adults, finding many clinical trials to be missing from approval applications. Out of 13 applications for drug approval, trials were missing in 7 applications despite a requirement for all trials to be included. Given the very real risk of patients suffering problems associated with newly released drugs, often with limited data, surely the time has come to issue a call for transparency of data? In 2022, it's unthinkable that Pharmaceutical companies are still not required to share both positive and negative data in order for regulatory authorities to make properly informed regulatory decisions. Such decisions would significantly minimise harm to those using new drugs, often with high toxicity, and less health benefit than profit margin for Big Pharma.

As part of the war on obesity food manufacturers have been reformulating their ‘foods’ to reduce sugar content by replacing it with non-nutritive sweeteners (NNSs) often referred to as artificial sweeteners. A new study in Nature has revealed that a huge increase in Clostridium difficile (C. diff) infections in recent years could be directly related to the consumption of foods containing an NNS known as trehalose. The researchers found that in mice the presence of trehalose in the gut fuels the growth of more pathogenic and toxic forms of C. diff. The simplest way to counter these issues is to avoid all foods that contain NNSs by prioritising the consumption of minimally processed, nutrient dense foods.

The rise of agroecology in Puerto Rico

Puerto Rico once enjoyed a thriving agriculture thanks to its favourable climate, rich biodiversity and use of sustainable farming methods. Now less than 2% of the local workforce is employed in agriculture and 85% of food is imported. Fed up with lack of control over their food supplies, young people are turning to traditional methods of farming based on agroecological techniques to once again breath life into the agricultural sector and achieve independence of food supply. The Guardian profiles three projects in Puerto Rico bringing agricultural resilience back to the island and its peoples through the use of agroecology and agroforestry. It might not seem much, but as with all things the starting place is always the most important.