Home News Is depression a mental or physical condition?

Is depression a mental or physical condition?

Mixed anxiety and depression is the most common mental health disorder in the UK, not dissimilar in the US. In 2007 it affected between 4 and 10% of Brits during their lifetime, but by 2014 (reported in 2016) this figure had increased to 17%.

In his recent article in the Daily Mail, health journalist, Jerome Burne, states that there have been very few advances made in the treatment of depression in 40 years. But Cambridge University's Prof. Edward Bullmore believes the cause is actually inflammation and argues that depression is not a mental, but a physical condition requiring different treatment.

As conventional medicine continues to treat depression with drugs, most often causing the chemical imbalances they are slated to treat, we urge you not to forget your gut–brain information superhighway. Why? Because depression — and the preceding inflammation — may be caused by direct (mis-)communication between our brain and our gut, often termed our ‘second brain’.

In this month’s Throwback Thursday, we re-publish our 2013 feature article entitled ‘Nature’s answer to the blues’. It demonstrates how intimately linked depression and inflammation are, but it also reminds us how the immune system is the body’s communication channel and why our lost conversations with the microbial world are key to preventing and antidoting the condition.

Make yourself a cup of anti-inflammatory turmeric tea, sit down, take a load off and prepare to rekindle your affection for some ‘old friends’…

Healthy human emotional function requires us to consider something larger than just our individual selves and our family systems. To open ourselves to the notion that we are actually individual nodes within larger interdependent systems, carrying our long and evolved histories with us. As part of that larger interdependent system, one of our most important, but often overlooked, relationships is that with the microbial world.

What if the immune system's primary goal is not just to kill germs, but also to offer a system of speaking to the microbial world, with protection as an inherent part of that conversation? How would it change our view of disease if we saw our immune system as another channel of communication, and particularly communication with the small forms of life around us? 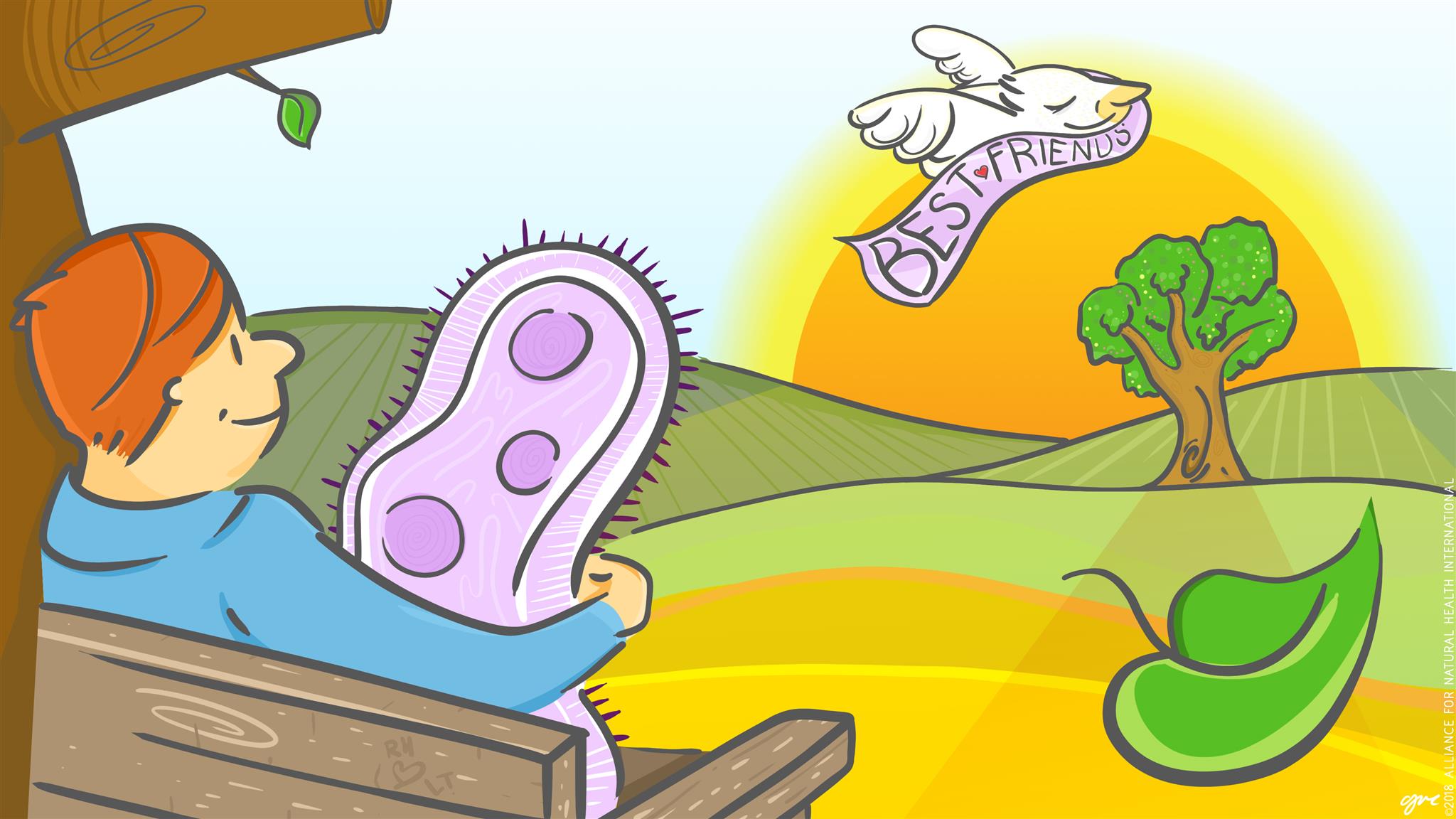 Throughout history, humans have interacted with nature and been exposed to a wide range of microbes. Soil bacteria and the microbes and helminths found in animal faecal matter were an integral part of our lives. Our immune systems have had to differentiate between the pathogenic microbes that want to kill us (infections), those that are beneficial to us (gut bacteria) and the neutral ones ('old friends') that cross our paths throughout evolution. And it's these relationships and ancient conversations that are largely responsible for the survival of the human race.

The hygiene hypothesis, or the ‘old friends’ hypothesis as Charles Raison prefers to call it, suggests that one reason for the increasing incidences of chronic inflammatory disorders is the loss of these organisms from the modern environment. Since we evolved with them and they were always a part of our heritage, they had to be tolerated. To tolerate them meant ensuring that co-evolutionary forces enabled them to play an essential role in the development of an intelligent immune system.

Overwhelming data show that the failure of the immune system to respond appropriately to immune challenges leads to much of the immune pathology we see in the modern world. The massive increase in depression, allergies, autoimmune diseases and intestinal and gut dysbiosis, as well as inflammatory conditions, are all evidence of this. Humans were continuously exposed to these 'old friend' microbial organisms from our earliest evolution, through the Neolithic age with the introduction of agriculture and animal husbandry, but our 'relationships' largely ceased as a result of urbanisation. 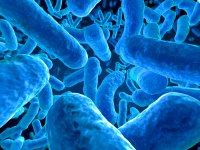 If we keep using our anti-infectious arsenal indiscriminately, it's no wonder that we are creating a race of superbugs that are already outsmarting the best defences we have. A good start in redressing the balance would be to use antibiotics as a last resort, rather than a first step. Clearing out our kitchen and bathroom cupboards of the multitude of disinfectants and hand sanitisers that many of us have been terrified into buying is also important. As Charles Raison reminds us, "Traditional environments are full of 'old friends', but in the modern world you lose this commensal communication line and the inflammation ramps up".

Depression is probably the most demonstrative way that people exhibit their failure to cope with adversity. And worryingly, depression is on the rise, being classified as a 'global crisis' by the World Federation of Mental Health in October 2012. Considered solely a brain disease by many, depression is also intimately linked with systemic inflammation and immune challenges. Persistently high levels of inflammatory markers are common in sufferers of depression, even when infection is absent.

The things that depress us in the modern world are often rooted in conversations that have gone wrong, such as fighting with someone or losing a life partner who has been your close confidante. But what is less commonly recognised is that our immune systems evolved with microbes as their partners in dialogue, and that they have now been lost. Granted, we've generally come off worst when those conversations have gone wrong! However, the conversations with our 'old friends' enabled us to create a more intelligent immune system. A system capable of creating many modulating or regulatory T cells to restore calm once the 'snipers' of the immune system had taken out the dangerous pathogens quietly and safely.

Raison's research shows that children whose immune systems were 'trained' by 'old friends' early in life experienced lower levels of inflammation. The link between depressogenic triggers and inflammation also appeared to be broken. A very good reason for letting your kids play in the mud and spend time outdoors!

Imagine your innate immune system is like an atomic bomb. Crude, but very effective at taking out invaders – at a price. This kind of immunity comes at a huge energy cost, causes a lot of collateral damage and requires a massive clean-up operation afterwards. Alternatively, your adaptive immune system is like the stealth sniper. Cheap from an energy perspective, and effective if you have sufficient numbers that are trained to recognise and take out many different types of invaders. However, even the snipers need to be told to stand down by the modulating cells when the job is done, to allow order and normal function to be restored.

Throughout evolution, the 'old friends' in our environment trained these modulating cells to restore the immune reaction to its normal baseline, dampening inflammation and suppressing autoimmune reactions. With the loss of our 'old friend' relationships, our immune systems have struggled to maintain sufficient regulatory T cells, and so have relied more and more on the crude ‘atomic bomb’ strategy. Emerging research is showing that depression could well be part of the collateral damage from the innate immune system.

Understanding the importance of our microbial relationships in supporting healthy emotional function is vital if we're to understand why depression is so prevalent in modern societies. Psychiatric diseases are not just diseases of the brain, but disorders of the entire system: a system that includes the microbial world just as much as your family and life system. These disease states should be viewed more as disordered quantum particles within disrupted communication pathways. Once the conflict has been resolved and the cooperation restored, healthy human emotional function can return. Just as all becomes well in one's world once a row with a spouse is resolved.

In our modern world – where we are deodorised, sanitised and disinfected to within an inch of our lives – we may have thought we eliminated some of the pathogens responsible for major epidemics. Unfortunately, the writing is on the wall and they are now coming back. Humans may take hundreds or thousands of years to make an evolutionary change, but microbes, due to their extremely high reproductive capacity, take a matter of months.

If we are to survive the future, we may have to seriously rethink our conversations with the microbial world and reinstate some of our ancient relationships. We need to remember that our 'old friends' were integral to a robust and flexible immune system; an immune system capable of conversing with a host of different pathogens, and differentiating friend from foe, without maintaining a costly and constant inflammatory vigil.

Nature exists all around us. Now, there's an incredibly powerful reason to get down and dirty again with the soil, own pets, visit farms and play in the leaf mould at the end of autumn. Your emotional health may be at stake if you don't!

Related article: The misguided and dangerous 'war on germs'

Back to ANH-Intl news items