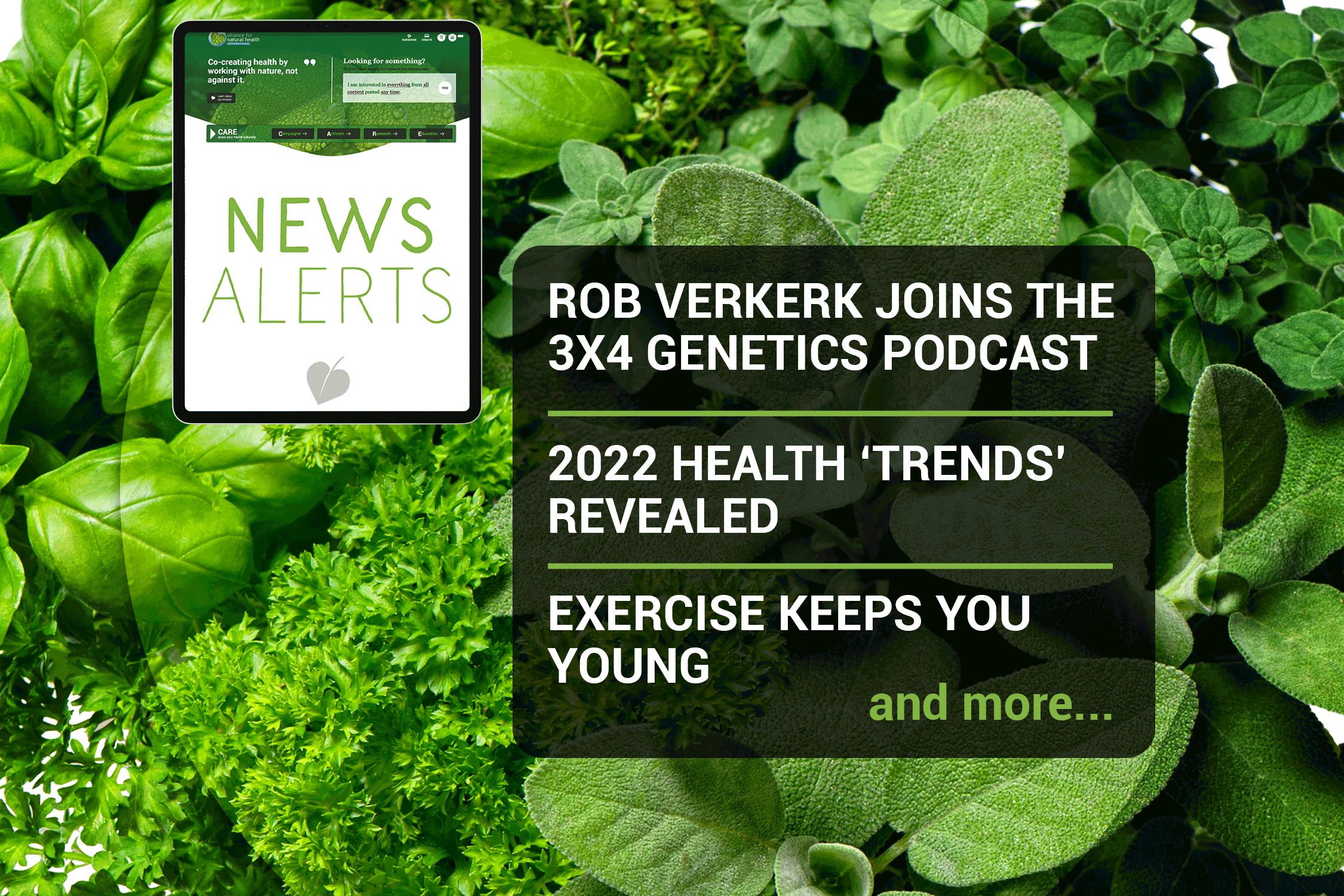 ANH founder, Rob Verkerk PhD, recently spoke to Dr Yael Joffe on the 3X4 Genetics podcast about the links between planetary health, functional medicine and nutrition. In the podcast entitled ‘Where Planetary Health Intersects With Functional Medicine and Nutrition’, Rob explains in detail why we need a broader approach to health that includes ecological interactions and ecosystem thinking to better understand the real drivers of health. He also discusses why healthcare needs to move to focusing on health creation and regeneration rather than disease management and what the future of healthcare looks like. Click here to listen to the podcast.

The more support you give to others the better your health. A new study published in Brain Behaviour and Immunity by researchers from Ohio State University in the US, found that those that give support to others in their social circle had lower levels of inflammation. There is a caveat though - the researchers said that supportive relationships need to be give and take with support from both sides for the benefits to be seen.

Rather than slowing down in later years you should do the exact opposite and prioritise physical activity. A team of evolutionary biologists from Harvard University, publishing in the Proceedings of the National Academy of Sciences, found that increasing exercise as you age actually improves health by moving your body away from disease processes and prioritising mechanisms that can extend lifespan. So here's to getting out into nature to futureproof both our physical and mental health at any age.

The European Comission has taken a step closer to allowing the introduction of gene edited foods into the human food chain in Europe. Despite EU citizens registering their concerns over the introduction of gene edited foods and demanding it maintain current regulations, it appears that pressure from Big Ag is working as a new conference moves to promote gene edited organisms as the way forward for safe and sustainable development in the agri-food sector. In what could be deemed a two-pronged attack, regulators in Australia and New Zealand are proposing changes to food regulations that would allow gene edited organisms into the human food chain in the Southern hemisphere with little or no regulation or labelling. Under the proposed regulations the companies that make these organisms will be allowed to self-regulate, meaning there will be little to no independent oversight in regard to their safety. There’s still time to make a submission to the Food Standards Australia New Zealand's (FSANZ) consultation and have your views heard.

UK private health provider, BUPA’s, Associate Clinical Director, Dr Elizabeth Rogers, has revealed the biggest fitness and health 'trends' for 2022. Amongst her predictions is an increased focus on taking more responsibility for our own health and wellbeing by improving our gut health, supporting immune system resilience, taking care of our mental, emotional and spiritual health and managing stress, as well as becoming more environmentally sensitive. It’s good to see so many of the issues that we’ve been espousing for many years now entering mainstream thinking, particularly given the impact of the coronavirus crisis on those who suffer from preventable disease.

The Cellular Task Force submitted a petition to the US Supreme Court in October calling for the removal of a clause in the Telecommunications Act of 1996 that prevents local governments from regulating the installation of cell towers on the basis of potential harms to the health of those in their vicinity and the surrounding environment. They have now received huge support from around the globe and submitted an amicus brief (friend of the court) to the Court in support of the petition. The Cellular Task Force Team are asking people to circulate the documents widely to bring publicity to their action and help restore the health of the planet and all that live on it.