Home News No way, Norway, don’t dumb down your vitamins! 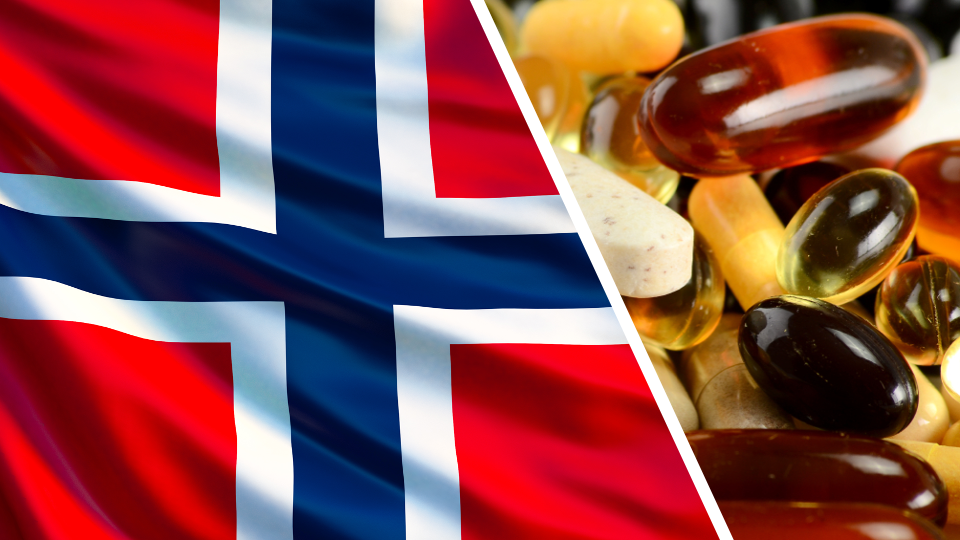 No way, Norway, don’t dumb down your vitamins!

Will the noose be tightened?

While there’s been a hiatus on attempts by the European Commission to harmonise maximum levels of vitamins and minerals across the EU, 19 Member States have now formally requested that the EU get on with applying limits, as per the intent laid down in Article 5 of the Food Supplements Directive back in 2002.

The challenge for regulators, industry and citizens is how this is done. At ANH-Intl, we’ve been at the forefront of exposing the problems with previous attempts to determine maximum levels as well as pushing for the development of a legally proportionate, science-based risk/benefit approach.

One of the reasons this area has come to be so disputed is because of a tussle between Big Pharma and specialist natural health product suppliers. Pharma sells cheap, low dose synthetic vitamins throughout supermarkets and pharmacies and these actually represent the largest sector of the overall European market that’s valued at an eye-watering €3 billion. The more specialist products, however, are the ones more likely to be used by those of us who are looking for health benefits as opposed to the ‘insurance policy’ approach that’s often the main driver for consuming low-cost multivitamins. Specialist vitamins and minerals often rely on optimal forms of nutrients and the dosages are often well above the daily recommended amounts (the ‘nutrient reference value’ or NRV) as shown as a percentage on the Nutrition Information on supplement products. You don’t need us to tell you which of these two groups has the bigger lobbying budget in Europe – so it’s been down to the hard work of organisations like our own and a handful of trade associations, including the UK’s Health Food Manufacturers Association that draconian vitamin limits, along the lines of those in Germany, haven’t been enforced across the entire EU.

Picking up where they left off in 2009

In recent months EC Commissioner Stella Kyriakides has received written requests from Germany and 19 other Member States asking DG SANTE to re-commence its efforts to harmonise maximum permitted levels (MPLs) for vitamins and minerals in food supplements. Brexit means the UK’s voice won’t have the same impact as it did, and that means the HFMA, that has long been the leading stalwart of the natural products sector in Europe pushing for a liberal regulatory approach, will be on the sidelines.The reins will be fully in the hands of the parent association for the smaller manufacturers, the European Federation of Associations of Health Product Manufacturers.

Norway’s situation is interesting. A Scandinavian country that has long had a population that understands the importance of health products; a government that always tended to be restrictive, relatively speaking; a border shared with Sweden where lots of innovative and higher dose products can be found, and; being outside the EU, but still part of the European Economic Area (EEA).

While Swedish authorities have tried to limit vitamin and mineral levels, there’s been pushback from the specialist sector, notably our colleagues in the Nordic Food Supplements Alliance (NFSA), whom we’ve given strong scientific support to over the years. Various legal challenges have been heard in local and national courts, particularly challenging restrictions on vitamin D, the one vitamin Scandinavians are in great need of given their long winters and northerly latitude.

The NFSA were responsible for a landmark case in 2018. The Supreme Administrative Court of Sweden affirmed in its judgment [3160-17] of 13 November 2018 that Swedish municipalities that imposed a sales ban on food supplements, (notably of vitamins D and B6) acted in contravention of applicable Swedish and EU law when they relied on Tolerable Upper Levels set by the European Food Safety Authority (EFSA) that are not legally binding and are only for guidance. This case has usefully forced a backing off of enforcement by Sweden’s National Food Agency and municipal officers.

Now Norway is trying to formalise its approach. In doing so, the Norwegian Food Safety Authority has created a Draft Regulation, and it, in turn, has requested that the independent Norwegian Scientific Committee for Food Safety (VKM) assess the restrictive Danish model and consider its application to Norwegian law. Given that Norway is a member of the EEA, it needs to get clearance to impose new legislation from the European Commission.

Over the last 3 months, the Commission has had a consultation open to seek opinion from interested parties. ANH-Intl, along with the NFSA and three other associations (including the EHPM) and two companies made submissions prior to the close of yesterday’s deadline.

The 7 submissions can be found via the Contributions tab at the following link.

The ANH-Intl submission can be downloaded here.

We’re all hopeful that the over-simplistic, non-science based approach being contemplated will be kicked into touch. It’s time to await the output of risk/benefit models that we’re now working on with an independent research group at the University College Roosevelt in The Netherlands.

We’ll keep you posted on progress on the ongoing efforts to prevent unnecessary, health-damaging restrictions to vitamins and minerals in Europe. This was after all the very issue that birthed the ANH some 18 years ago.