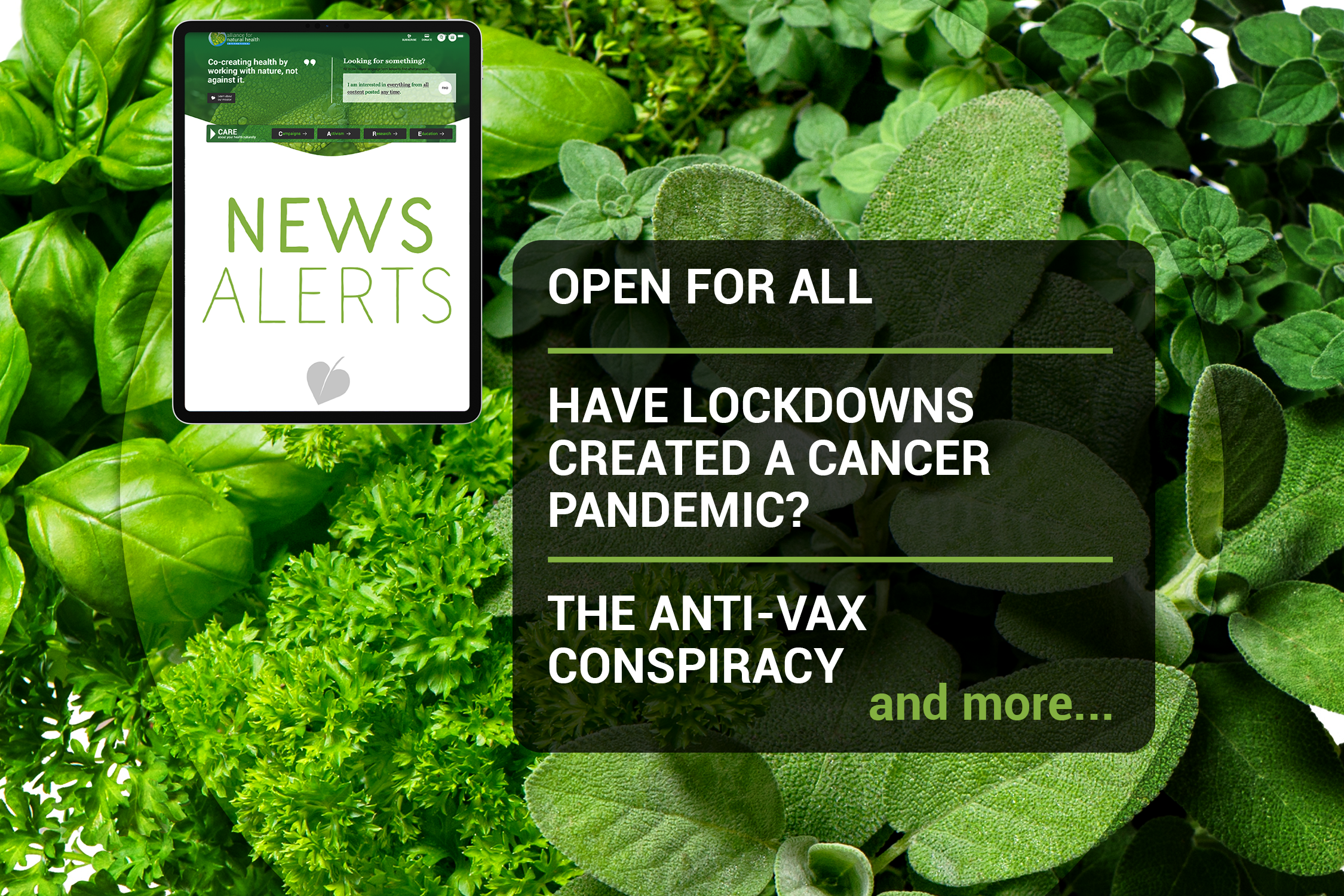 Open for All!
Diet & lifestyle changes reverse ageing
Indian Bar Asstn sues WHO re ivermectin
Masks did not slow covid spread
PFAS found in garden fertilisers
Have lockdowns created a cancer pandemic?
The Anti-vax conspiracy
Other news relevant to our mission

Open for All is a new initiative launched in the UK in answer to the silent push for private companies to create sufficient pressure on citizens to vaccinate. The “Charter for all licensed premises & Events” is a clarion call to licensed premises and events to pledge that they will not force their customers to provide any kind of health or medical certification in order to access services or events. The Charter has received 657 signatures as at the time of writing from a wide range of businesses in the hospitality and events sector. The Charter is not currently accepting signatures from members of the public, however the organisers ask that people share the initiative widely using the hashtags #OPENFORALL #NoVaccinePassports #NoVaccinePassportsAnywhere. In Israel the use of vaccine passports has already been discontinued. The campaign has our full support as it fully aligns with our Right to kNOw campaign calling for discrimination and stigmatization against those who cannot be vaccinated to stop. We will be sharing the #OpenforAll video on our social media platforms so you can share and show your support for the campaign.

Modifying your diet and lifestyle can reduce signs of biological ageing by three years in just eight weeks. Publishing in Aging, researchers reported on an 8-week intervention including changes to diet, sleep, exercise, advice on stress management as well the use of probiotic and phytonutrient supplements, while the control group received no interventions. The researchers used saliva samples to assess methylation status and calculate metabolic age using the Horvath DNAmAge clock. Although this is new and exciting for the researchers involved in the study those in the natural health world have known for a long time that it’s perfectly possible to stay healthy as we age.

The Indian BAR association has initiated legal action against Dr Soumya Swaminathan, Chief Scientist at the World Health Organisation (WHO) for deliberately ignoring and suppressing information in relation to the use of ivermectin in treating covid-19 disease. For more on ivermectin and its effectiveness in treating covid-19 illness watch our latest edition of Speaking Naturally with Dr Tess Lawrie who leads the British Ivermectin Recommendation Development (BIRD) group. Read Dr Pierre Kory’s latest review of the evidence around the use ivermectin.

Masks did not slow the spread of covid-19

A new preprint study has concluded that there is no relationship between the imposition of mask mandates and slowing the spread of the coronavirus adding to the already overwhelming and growing number of studies that do not support the use of masks by the general population to reduce disease spread. Instead, the researchers said that further research is required to assess the efficacy of a range of virus containment strategies. For a reminder of why masks should never have been used in the fight against covid-19, please watch our video from June last year.

A recent report published by the US based Ecology Center and the Sierra Club found levels of toxic PFAS (perfluorinated alkylated substances) chemicals, known as ‘forever chemicals’ in fertilisers commonly used by gardeners. All nine of the fertilisers, which are made from sewage waste, tested were found to contact PFASs. All of the products tested are marketed as being ‘eco’ or ‘natural’. Eight of the nine fertilisers contained levels of PFASs higher than the limit set by the state of Maine, which has the toughest regulations for PFAS concentration in agriculture in the US. PFAS chemicals are used to create stain, water and grease resistant products but have been increasingly linked to health issues like cancer, birth defects and liver disease. The report’s findings mean home grown fruit and vegetables could be a significant source of exposure to PFAS and not be the safe alternative to intensively produced crops we thought they were if such products are being used by home growers.

Have lockdowns created a cancer pandemic?

There has been a consistent global drop in access to cancer care across the globe during the first wave of covid restrictions. Publishing on Collateral Global the researchers reviewed 69 studies from twenty-three countries all of which showed reductions in the number of cancer screenings, diagnoses, waiting lists and treatments for both adults and children. Fourteen studies showed an increase in diagnoses of later stage cancers. Cancer specialist and co-signatory of the Great Barrington Declaration, Dr Karol Sikora has repeatedly warned of such a scenario due to lockdowns that have torn apart the fabric of society over the past year. When we look back will the cost of the collateral damage from lockdowns be deemed to be an acceptable one?

A powerful movement is exploiting our fears! On hearing such a statement you would think you were about to watch a programme about government manipulation of citizens to get them to comply with covid restrictions. Instead, it was the opening statement to a Channel 4 programme seeking to damn, demonise and smear ‘anti-vaxxers’. Typically, the programme focused on Andy Wakefield, yet again and yet again branding him as the father of the anti-vaxx movement. The programme made no attempt to deal with the scientific uncertainty around vaccine safety, rather choosing to brand those who question vaccines as charlatans and fraudsters who prey on the vulnerable in an effort to make money. All the usual actors were included; Paul Offit, Emma Dalmayne, Imran Ahmed from the Center for Countering Digital Hate (CCDH) and Fiona Godlee, Editor of the The BMJ, to bring the scientific seal of approval. The programme makers had the perfect opportunity to engender a discussion, to listen to those who’ve been affected by vaccines and find out why they question statements that all vaccines are safe and effective. Until proper open scientific discourse and debate is restored to ask and seek to answer these questions, this immense divide which serves no one will remain.

Other news relevant to our mission….