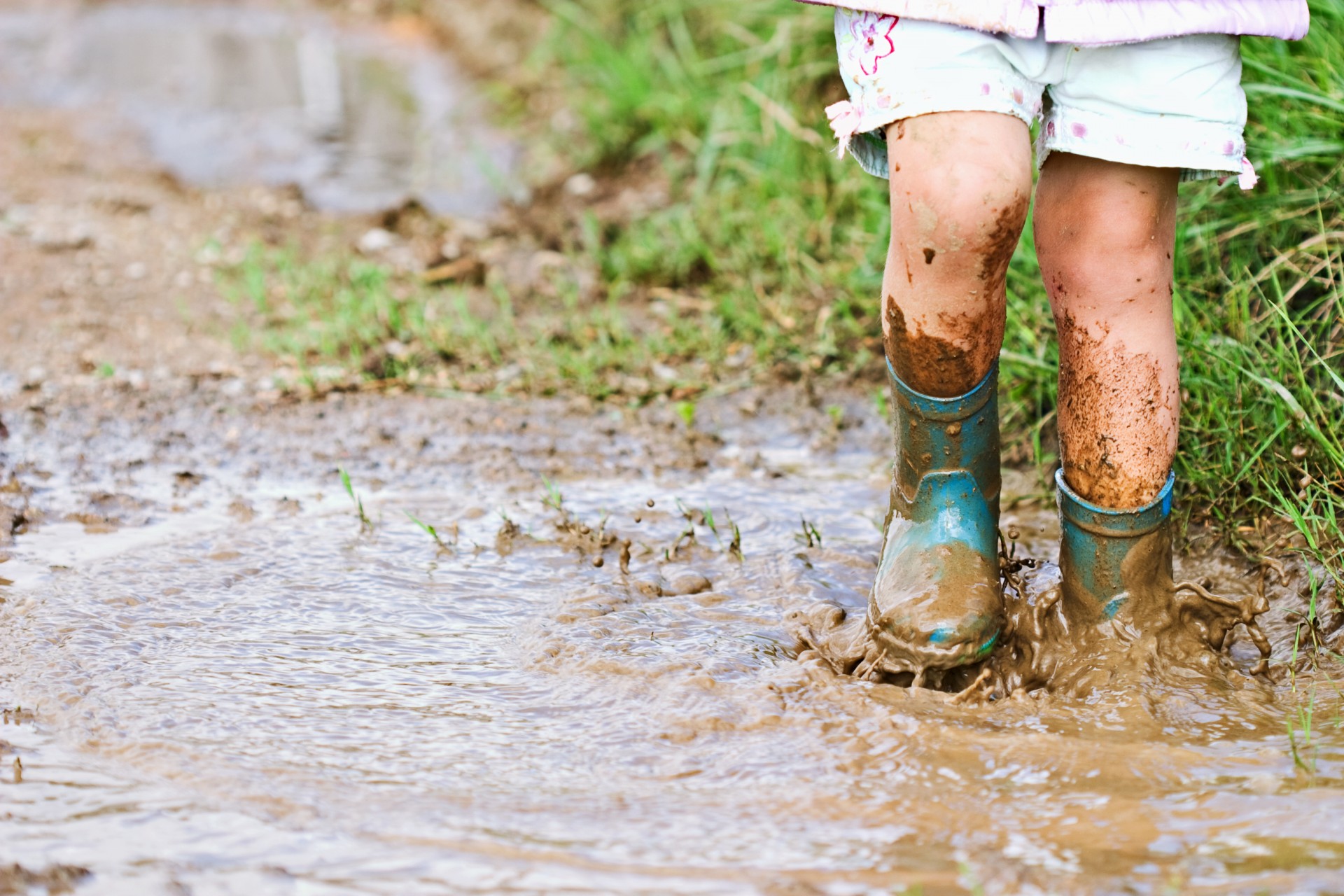 Bacteria, viruses, fungi and helminths. Words that usually make our skin crawl rather than producing any warm fuzzy feelings. Yet without microbes we couldn’t eat or breathe. Plants couldn’t grow, nothing would decay and there would be less oxygen. To give some perspective, there are more microbes on your hand than there are people in the world. They’re the smallest organisms on earth, yet they are integral to our survival and to our ability to enjoy health — and happiness. It’s also pretty much a one-way street in the need stakes, as they’d survive just fine without us. We have relatively recently begun to understand the role microbes play in mental health and now, a new paper just out in the New England Journal of Medicine (NEJM), looks at their role in innate immunity and lowering the risk of developing asthma. 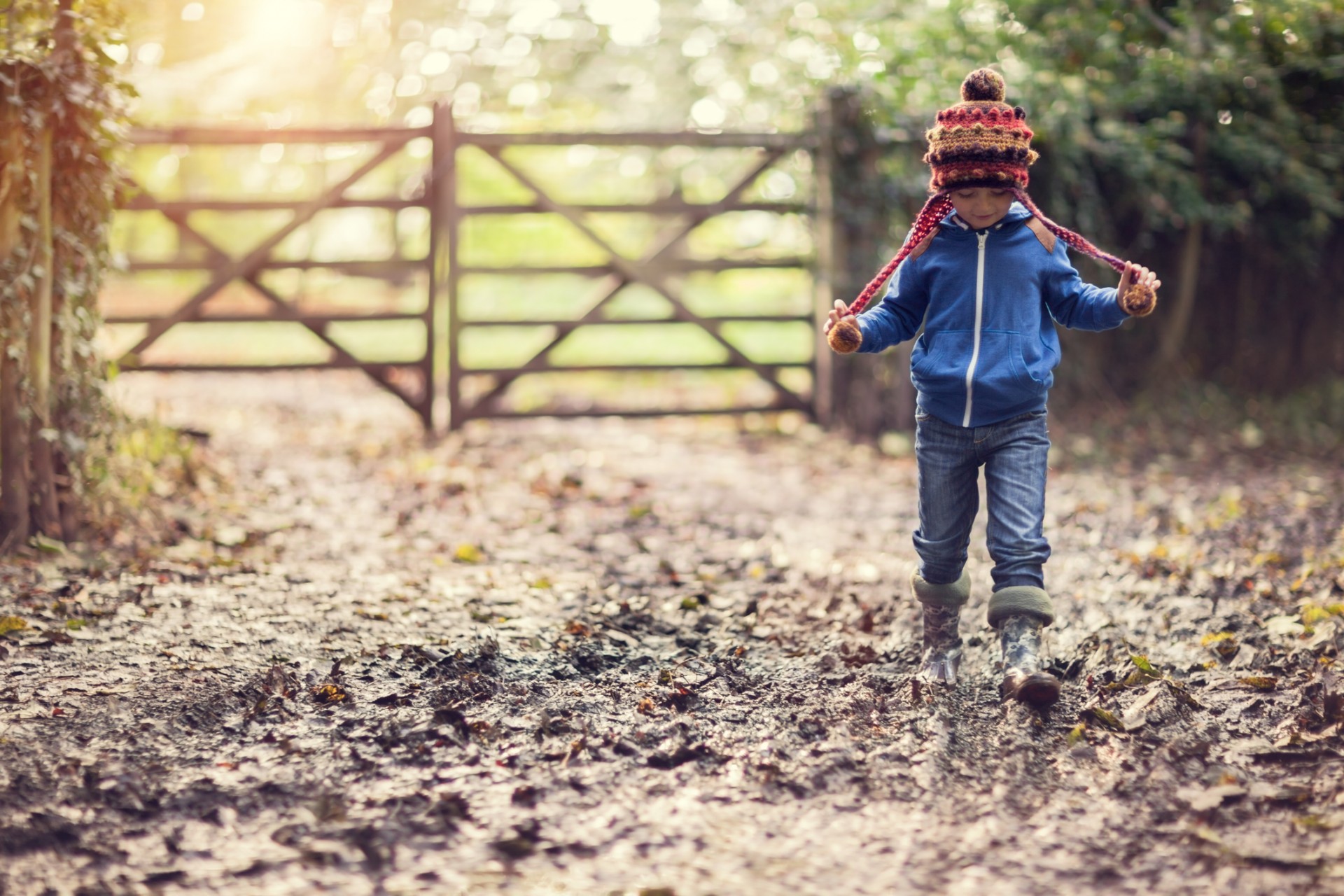 Playing on very natural, evolutionary survival fears related to pathogenic micro-organisms, we are deodorised, sanitised and disinfected to within an inch of our lives in the modern world. Like so many other things, this is great for business if you’re a big chemical giant producing antibac products, but it’s a dangerous game for our health. Not all microbes are pathogenic.

The hygiene hypothesis suggests that one reason for the increasing incidences of chronic inflammatory disorders, like asthma and depression, is the loss of these non-pathogenic microbes from the modern environment. Since we evolved with them and they were always a part of our heritage, we are accustomed to tolerating them. To tolerate them meant ensuring that co-evolutionary forces enabled them to play an essential role in the development of an intelligent immune system. Charles Raison is one of the leading researchers in this area. He more accurately prefers to call it the ‘old friends’ hypothesis. His research has underlined the fact that, "Traditional environments are full of ‘old friends’, but in the modern world you lose this commensal communication line and the inflammation ramps up".

Overwhelming data show that the failure of the immune system to respond appropriately to immune challenges leads to much of the immune pathology we see in the modern world. The massive increase in depression, allergies, asthma, autoimmune diseases and intestinal and gut dysbiosis, as well as inflammatory conditions, are all evidence of this. Humans were continuously exposed to these ‘old friend’ microbial organisms from our earliest evolution, through the Neolithic age with the introduction of agriculture and animal husbandry, but our ‘relationships’ largely ceased as a result of urbanisation. However, this is not the case in the Amish community in the USA, who are still living on single dairy farms using horse-drawn transport. 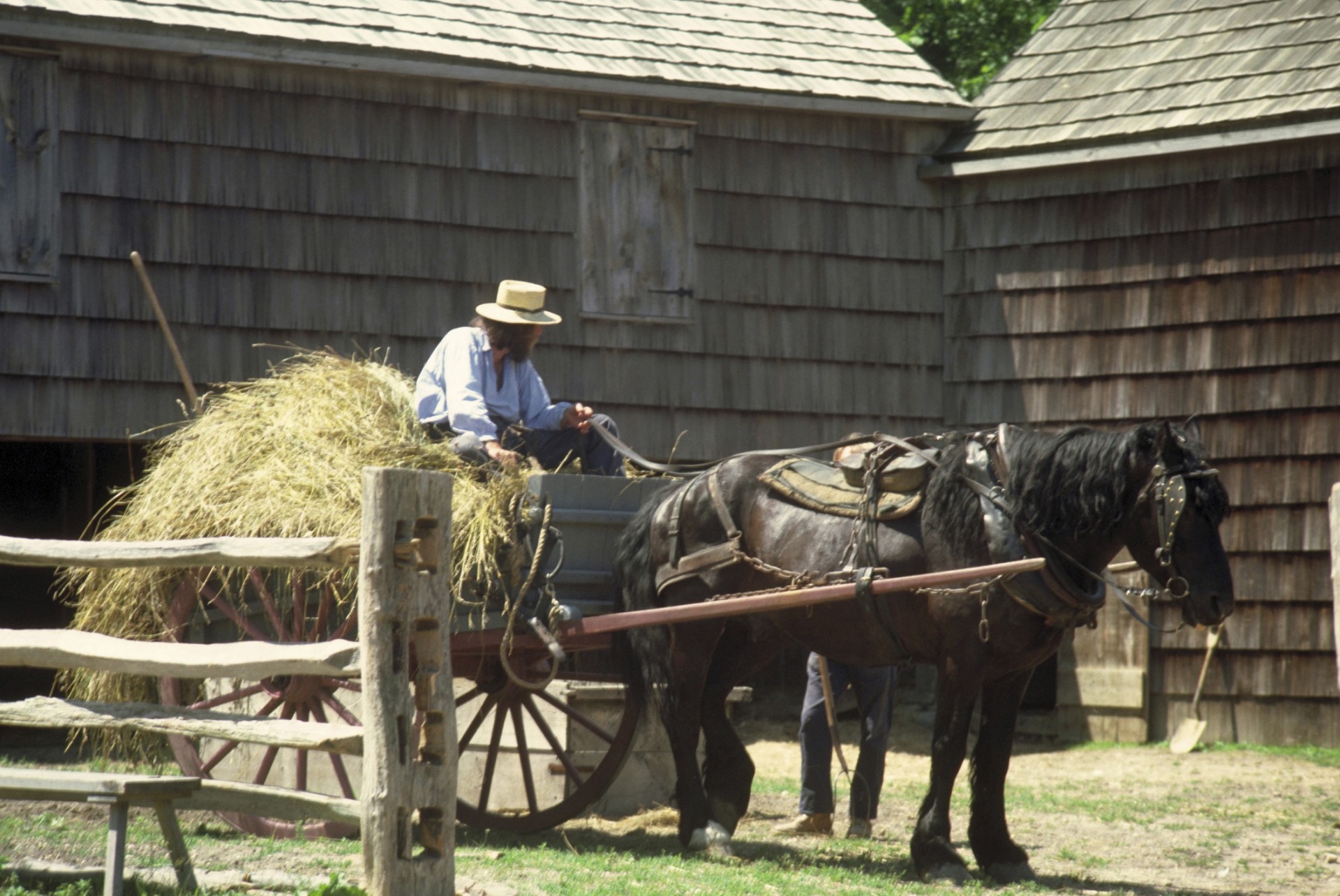 Paying for modernisation with our health

There are of course genetic risk factors to developing asthma. However, the dramatic increase in the disease in Western, industrialised nations confirms there are environmental and lifestyle components playing a vital role. The authors of the NEJM paper based their research on previous epidemiological studies from Central Europe showing significant protection from asthma and allergic disease in children raised on traditional dairy farms.

In order to clarify whether it was the microbial interaction at play or farming in general, the NEJM study looked at innate immunity and asthma prevalence in Amish and Hutterite communities. The Amish, who hail from Switzerland, use traditional farming methods dependent on livestock. As livestock are so integral to the community, exposure occurs pretty much from birth to death. The Hutterite on the other hand, originally from the South Tyrol, use highly industrialised systems of communal farming. The new findings suggest that in the Amish, it’s the intense and sustained exposure to microbes that activates the innate protective pathways that shape and calibrate the downstream immune responses. This concurs with the earlier work from Charles Raison and his group that our association and communication with microbes is pivotal to our health.

Throughout history, humans have interacted with nature and been exposed to a wide range of microbes. Soil bacteria and the microbes and helminths found in animal faecal matter were an integral part of our lives. Our immune systems have had to differentiate between the pathogenic microbes that want to kill us (infections), those that are beneficial to us (gut bacteria) and the neutral ones (‘old friends’) that cross our paths throughout evolution. And it’s these relationships and ancient conversations that are largely responsible for the survival of the human race. 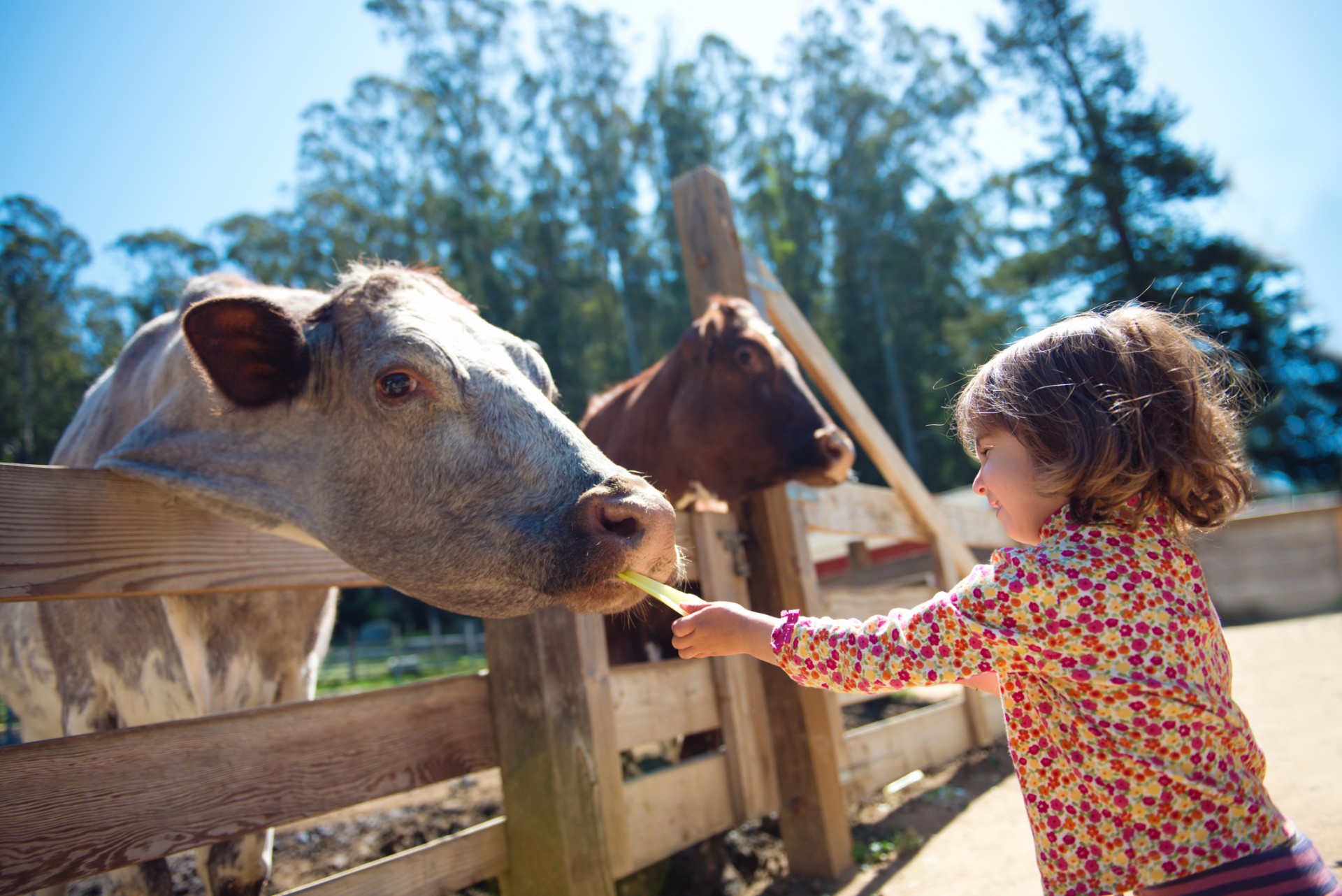 Depression is probably the most demonstrative way that people exhibit their failure to cope with adversity. Depression was classified as a ‘global crisis’ by the World Federation of Mental Health in 2012. Judging by the spate of mental health-related atrocities taking up space on the front pages of the news this year, the situation is reaching epidemic proportions. Considered solely a brain disease by many, depression is also intimately linked with systemic inflammation and immune challenges. Persistently high levels of inflammatory markers are common in sufferers of depression, even when infection is absent.

The things that depress us in the modern world are often rooted in conversations that have gone wrong, such as fighting with someone or losing a life partner who has been your close confidante. But what is less commonly taken into account is that our immune systems evolved with microbes as their partners in dialogue. And our immune systems are now suffering the loss of those partners. Pathogenic microbes aside, the conversations with our ‘old friends’ enabled us to create a more intelligent immune system. A system capable of creating many modulating or regulatory T cells to restore calm once the ‘snipers’ of the immune system had taken out the dangerous pathogens quietly and safely.

Raison’s research shows that children whose immune systems were ‘trained’ by ‘old friends’ early in life experienced lower levels of inflammation. The link between depressogenic triggers and inflammation also appeared to be broken. Whilst Raison’s research centred on depression, this link has yet again been established by the NEJM researchers looking at asthma prevalence in the Amish vs Hutterite children. Compelling reasons to encourage your kids to play in the mud, be exposed to animals at a young age and spend time outdoors. 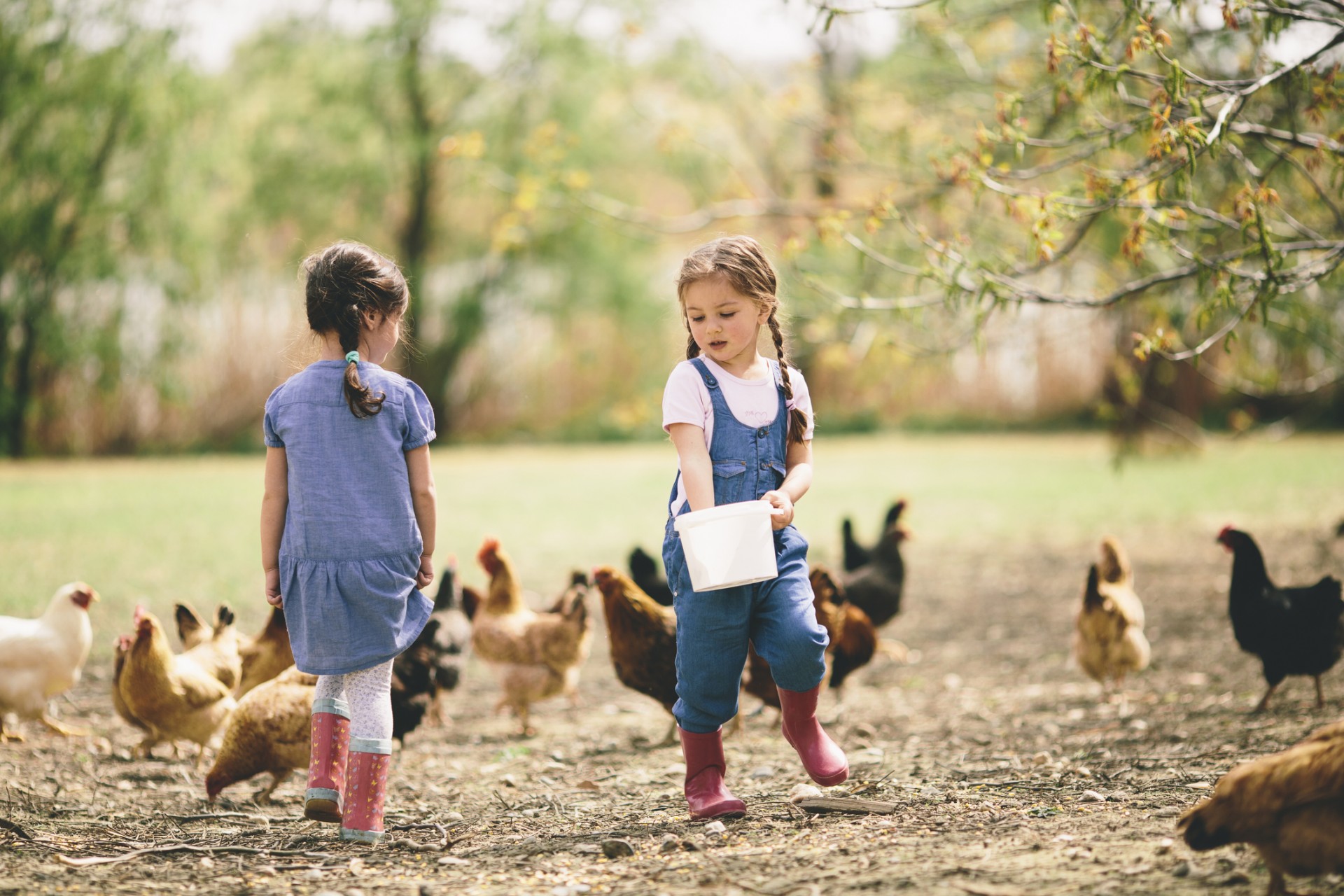 Getting down and dirty…

Being healthy, of strong mind and body, requires that we consider something larger than our individual selves and family systems. We are individual nodes yes, but within larger interdependent systems, carrying our long and evolved histories with us. As part of that larger interdependent system, it’s worth remembering that one of our most important relationships is with the microbial world. Humans may take hundreds or thousands of years to make an evolutionary change, but microbes, due to their extremely high reproductive capacity, take a matter of months.

If we are to survive the future, we have to seriously rethink our conversations with the microbial world and reinstate some of our ancient relationships. We need to remember that our ‘old friends’ were integral to a robust and flexible immune system; an immune system capable of conversing with a host of different pathogens, and differentiating friend from foe, without maintaining a costly and constant inflammatory vigil.

Nature exists all around us. And the research is clear. It’s incredibly important for our health to get down and dirty with the soil, have pets, visit farms and play in the leaf mould at the end of autumn.