Our weekly curated roundup of global covid news and information

There is an air of cautious positivity in the air in a number of countries as they start the process of de-restricting and opening up. Too good to be true? Very possibly, but if you're in one of the countries getting a break, like the UK, the respite is welcome. Unfortunately, there are still countries suffering unnecessary tyranny where leaders are doing their utmost to force individuals to be covid jabbed, whether they consent or not. Restrictions are being ramped up in places such as Australia and Austria, while Germany mulls over the possibility of following Austria down the road of mandating covid jabs for all. Our newest infographic (perfect for sharing!) gives you the most recent snapshot related to 'covid tyranny' around the globe.

The good news is that pushbacks and positives are coming thick and fast. People power - and people pressure - ramp up as more and more stand up who will no longer accept the ongoing restrictions, coercion and damage to their lives. They've done all they've been asked of and now want to continue with their lives. Jab mandates threatening NHS workers in the UK have been challenged and lifted, pending further consultation, while Canadian truckers take action against Justin Trudeau and his government as they work to defeat the totalitarian regime. It's definitely worth remembering that we, the people, are the 99% and we need to stand together and say Enough! 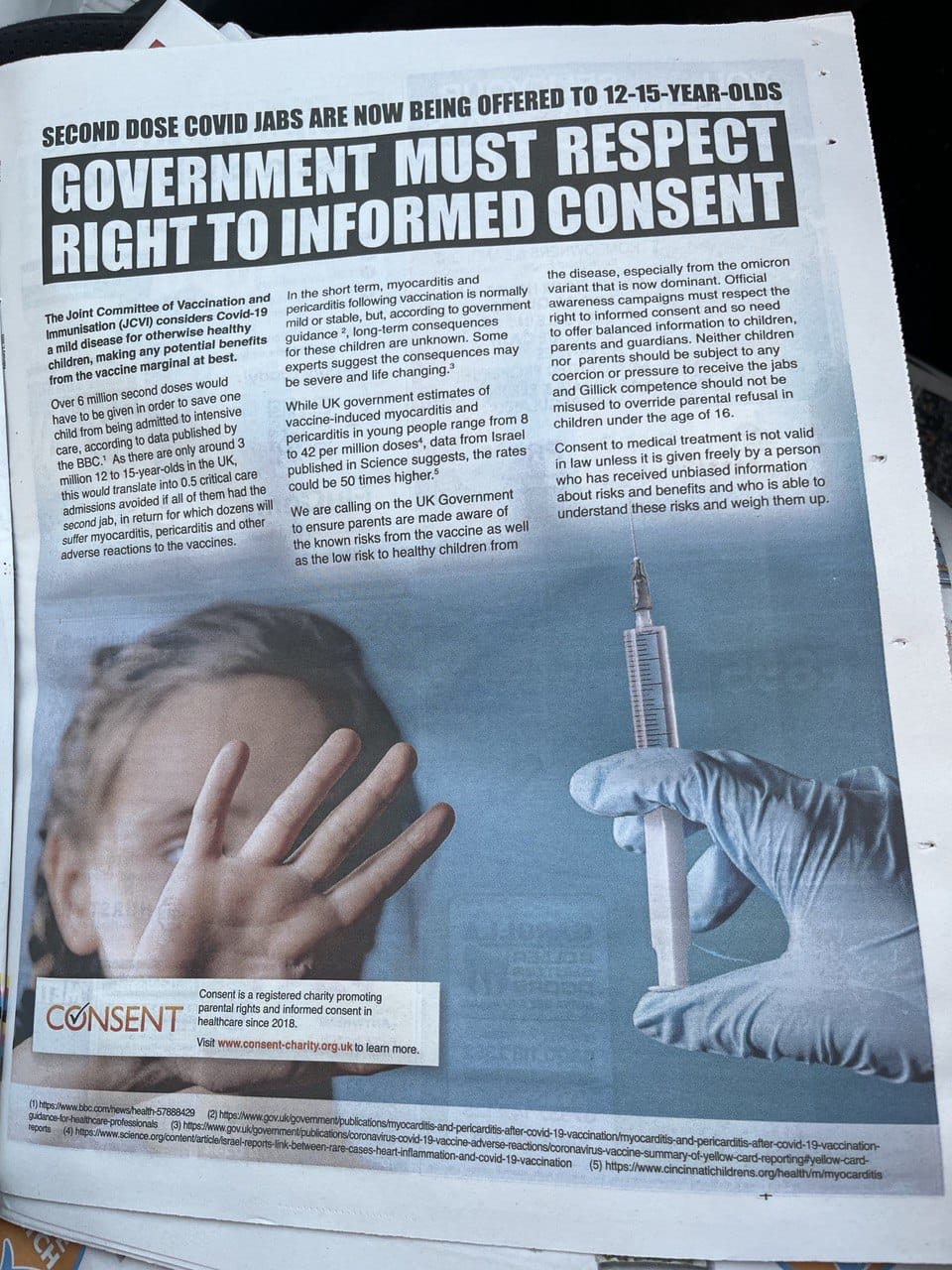 A new article in UK newspaper, The Guardian, sets out the harms to young children caused by coronavirus restrictions. The article describes how children have been affected, including a four year old who cowers if a shopkeeper tries to speak to him. For many children, the wearing of masks and constant use of hand sanitiser has now become a part of everyday life, despite the health issues associated with these measures.

Malawi may have reached the holy grail of herd immunity against covid. The evidence comes from a study conducted by Kondwani Jambo, an immunologist based in Malawi, which reveals the majority of Malawians were infected long before omicron arrived. Because most people got through the illness with little issue they were neither tested or logged. Jambo's data came from blood bank samples, which are collected monthly, leading to the conclusion that up to 80% of Malawians had been infected with some strain of covid before Delta hit.

A new systematic review and meta-analysis of the use of lockdowns as part of covid control restrictions, from John Hopkins University, finds they had little positive effect but have created enormous social and economic costs. The authors conclude "lockdown policies are ill-founded and should be rejected as a pandemic policy instrument".