Fear is an evolutionary survival emotion deeply hardwired into our genetic blueprint. It triggers a number of downstream reactions and responses in the body all designed to help us take immediate action in a bid to keep us alive. Hence, we are not designed to experience fear on a long-term, repeated, groundless basis.

As we're not adapted to such extended exposures, we suffer a range of negative consequences. Not least of which is learned helplessness that arises when one has become conditioned to fear that appears inescapable - or elements related to it, such as pain, discomfort and suffering.

Our survival circuitry may have kept us alive thus far through evolution, but it also means we humans can be relatively easy to condition. If it only takes 30 days of daily repetitive action to form a new habit pattern, just consider what 19 months of unrelenting 'pandemic culture' can do to someone who’s deeply afraid and vulnerable?

Fear is meant to be a powerful motivator

As humans, we don’t just share a genetic blueprint in common, we also share fears that have evolved with us through evolution e.g. heights or insects or snakes for instance, which can, and have, all caused lethal injury.

These fearful emotional responses originate in our limbic system - a group of component structures that show the highest neuronal activity during emotional experiences. It’s also referred to as the ‘emotional’ brain or the paleomammalian brain. A clue as to how early it developed in human evolution.

The paleomammalian brain is important for motivation and emotion, needed for feeding, reproducing, looking after offspring and for enhancing learning and memory. Understandable that these would be linked, as they’re all necessary for our survival - particularly learning from experience to avoid danger, creating emotional attachments and passing on knowledge to the next generation.

As we evolved, diverse types of fear were characterised by the world as we knew it and our response to the elements within it. We developed adaptations which explain our response and reactions to different fears. This is also why some fears are shared by all mammals, such as the fear of heights, loud noises and looming objects.

The fear of snakes and dangerous reptiles is thought to be common to all higher primates, including us. Venomous creatures like snakes and spiders presented lethal danger through their bites. However, other fears such as those related to insects and mice, are considered to have developed more latterly during the Paleolithic and Neolithic eras, linked to their ability to carry dangerous pathogens that caused sickness and a risk of death.

The fear of invisible pathogens is still very much in evidence today because we’re hardwired for survival and averse to risks that might initiate activities that lead to extinction. We’ve developed system sensitivity arising from the selection pressures from these types of danger. But we’re also sensitive to the danger of isolation - being ostracised and thrown out of the community was a threat to survival for our ancestors. It explains a lot about why humans become so compliant and malleable when offered a lifeline to extract them from fear - even if that fear is perceived and not real; and the lifeline is anything but.

Fear has been described as the most toxic of all emotions because of its devastating effect on individual functioning, its ability to reduce the brain’s capacity to store and process information and its inhibition of the ability to learn or problem-solve. In this helpless place, we become highly suggestible and unquestioningly compliant.

A new study out of Cambridge University, UK, looking at the psychological and socio-political consequences of infections differentiates the immune system into two distinct systems. The biophysical immune system is the one we know well that responds to pathogens in order to detect and eradicate infection. The other, these researchers offer, is the behavioural immune system, which adapts our behaviour to pre-emptively avoid potentially risky things - including infections, people and places. This thinking builds on the premise of evolutionary psychology and the role of the paleomammalian brain in our survival as a species.

The Cambridge researchers have found that high rates of infectious diseases and the disease-avoidance behaviour they promote may fundamentally shape political opinions and social institutions. Fear conditioning basically, but expressed in more palatable, academic terms. Their results support the notion that there is a social and behavioural mechanism connecting infection risk and authoritarianism.

A high prevalence of human-to-human infections (or even just the perception of such risk) appears to lead to conformist and obedient social arrangements. In other words, compliant and malleable humans. 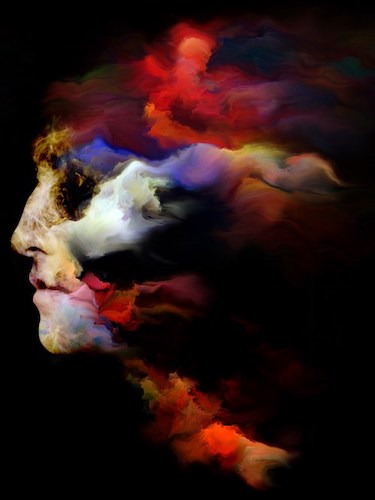 Martin Seligman and Steven Maier’s work on ‘Learned Helplessness: Theory and Evidence’ in the 60s and 70s was as ground-breaking as it was brutal for the animals involved. Pivotal work that has shaped the field of psychology since then and which has a bearing on where we find ourselves 19 months on in ‘pandemic culture’.

Having established the evolutionary connection to fear and its ‘toxic’ implications, we can’t ignore Seligman’s work that illuminates why some human behaviours then become overtly counterproductive. After enough fear conditioning, animals as well as humans, will stop trying to avoid the pain even if there are opportunities to escape. Instead, when they start to believe - or perceive - that they have no control over their situation, they begin to think, feel and act as if they are helpless. The complete flipside to free, sovereign beings who know they are free and think and behave as such, even if circumstances appear just the opposite.

As Seligman discovered, learned helplessness is called such because it is not an innate trait. We are born free, sovereign beings and the concept that we have no control over what happens to us through life is alien to us. It’s only through learned behaviour, if we are unaware, that we can be conditioned through experiences - or our perception - that we have no control. We then, perversely, give over our authority willingly.

This early work proposed that subjecting people to situations in which they have no control (or importantly, perceive they have no control) results in three major deficits — motivational, cognitive and emotional. Essentially the notion that one’s circumstances are uncontrollable, the inability to mount a response to escape/make change and the depressed state that ensues.

From here it’s not too much of a stretch to enter a state of ‘universal helplessness’ where Seligman and colleagues describe a personality who believes nothing can be done about the situation they are in, and no one can alleviate the pain/discomfort/suffering. The result is even deeper depression.

Seligman’s work also described phenotypes such as global helplessness, chronic helplessness and transient helplessness. All are models of learned helplessness arising from the same core issue. Unsurprisingly, when you throw poverty, anxiety and acute stress (perhaps from polarisation, division and discrimination?) into the mix, the outcomes are associated with even more negative health symptoms, personality traits and tendencies.

It's fitting that Prof Seligman now runs the Positive Psychology Center at the University of Pennsylvania which helps thousands to improve their quality of life by re-instigating neural pathways that inspire empowerment and avoid helplessness.

Stepping out of the vicious cycle

However, looking solely to psychology for the answer seems a complex one involving re-education of parts of the brain, an understanding of neuroscience and a prolonged course of treatment. With deep respect for such treatments that have helped many, our current situation demands a different response. With remedies that are more simple, more immediate, more widely available and more accessible - empowering, positive, lifelines if you will.

Casting back, as we do at ANH, to our evolutionary roots; a large part of the answer lies with Nature and our inherent origins. Fear is meant to be short-lived and resolvable, therefore actions which create a pause, a break from the fear, some space and security are all positive interventions. Being out in nature has the power to create such pause. So does breathwork, even short bursts if that’s all the busy, ‘monkey mind’ will allow.

Turning off or away from the source(s) of fearmongering is key, which usually involves leaving the mainstream media and switching to sources of more empowering information, knowledge and sharing that resonates with our deep instinct for truth. It's not just important to stay in the present moment, it's essential for our health and well being — and to antidote fear conditioning. So much of the information that is creating fear now is all based in something that may or may not happen in the future. That kind of thinking takes us out of our present moment where the outcome or situation we fear isn't actually happening. It's an insidious mind warp that draws us into contributing to the creation of the 'thing' or the situation we fear because we're thinking about it all the time with great emotion.

Reaching out to and meeting others of like mind by joining new communities contributes to much-needed feelings of safety and security, of belonging to a tribe. But above all, taking actions that remind us of our sovereignty, that we’re not alone and that we are not helpless. Our thoughts fuel intent, which is the basis of all creation. It’s what makes us such powerful beings.

If more of us would recognise and believe in the power we each hold and then put our creative intent towards a positive, shared goal for people and planet, our current reality would transform dramatically for the better and in a shorter time frame than many expect. We all hold sufficient power within us by opening our hearts to empathy, compassion and love, to elevate out of division, polarity, anger and even fear-conditioning and learned helplessness.

We are likely passing through a watershed in human evolution, something anthropologists might in times to come refer to as a ‘bottleneck’, depending on the outcome of the choices we make now. However, the major difference today from previous times in history is that the challenges we’ve experienced during this pandemic have brought a new level of awareness to many and with it, a natural rise in consciousness.

The going might be tough, but aware and conscious beings will always tip the scales in favour of sovereignty and away from fear-conditioned helplessness. We have a lot to look forward to. 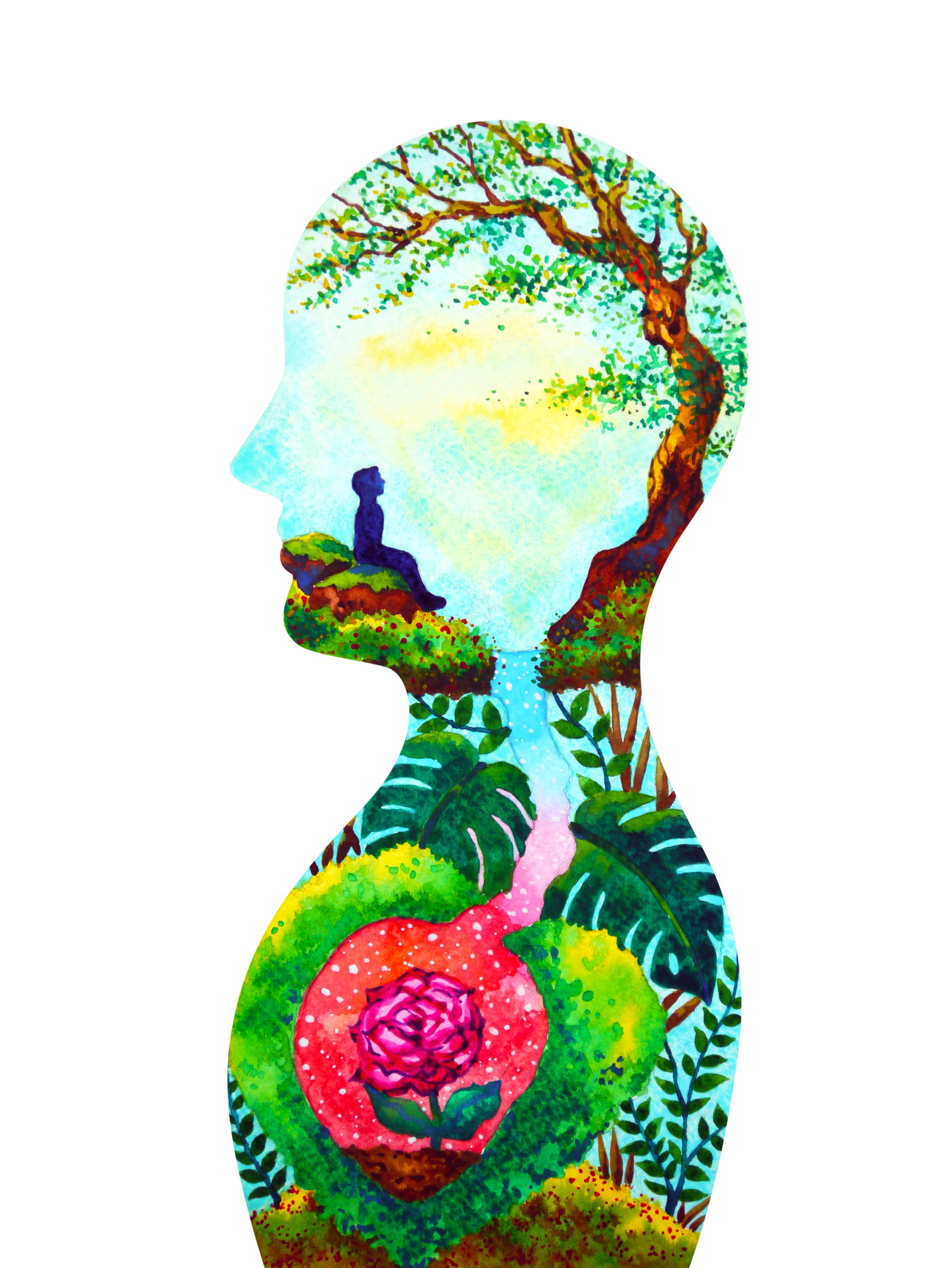 >>> If you're not already a member, you're very welcome to join our tribe and become an ANH Pathfinder!