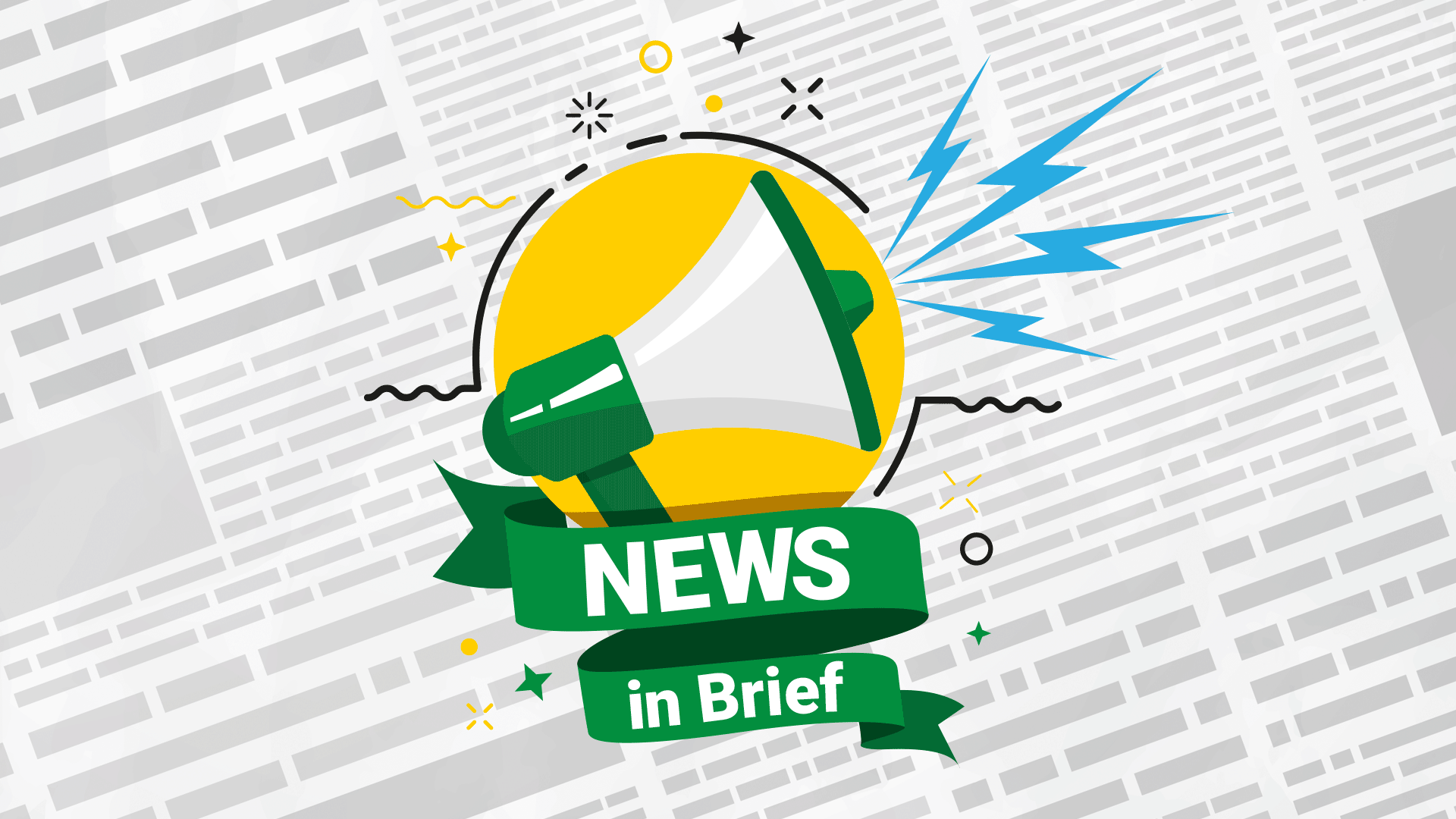 The UK Minister of State for the Department of Health and Social Care has announced his intention to proceed with the fluoridation of water in North East England. He justified the scheme on the basis it will reduce levels of tooth decay. The announcement met with pushback from local MPs on the basis that fluoridation of water amounts to compulsory mass medication, breaches human rights and removes decisions on such matters from local authorities.

Adding just a couple of teaspoons of herbs and spices to your food improves the health of your gut microbiome. Researchers publishing in the Journal of Nutrition found that including a range of herbs and spices in your daily diet improves the diversity of organisms in the gut. Not only are herbs and spices good for our gut, they also colour and flavour our food elevating it from OK to delicious! They pack such a nutritional punch that they warrant their own section in the ANH-Intl Food4Health guidelines and are sprinkled liberally throughout the recipes in our book, RESET EATING. 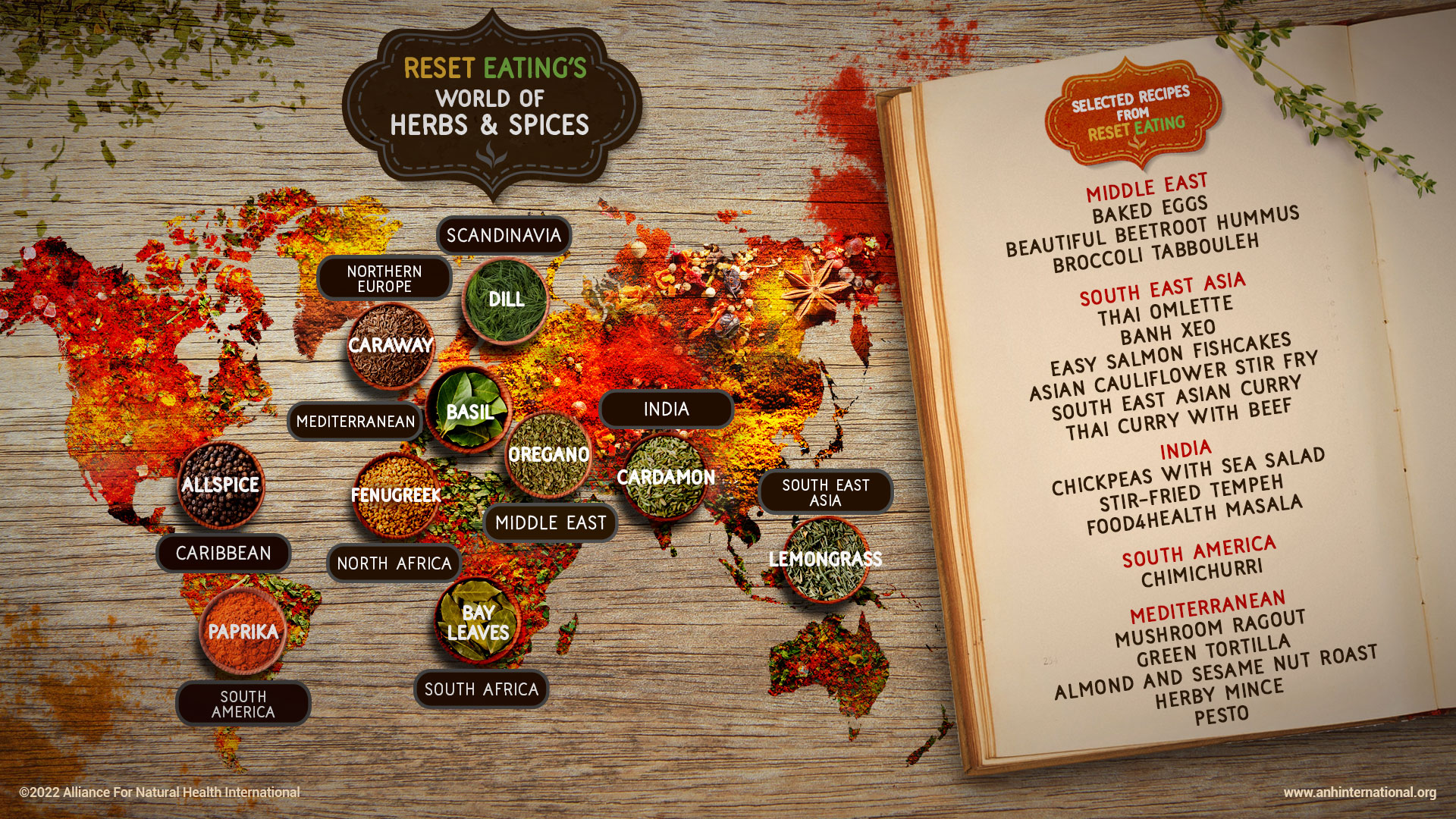 >>> Buy your copy of RESET EATING to help you spice (and herb) up your life and health!

Women with low levels of vitamin D are more likely to develop bacterial vaginosis in pregnancy according to a new meta-analysis published in Frontiers in Nutrition. The analysis also referenced research suggesting women who aren’t pregnant could benefit from increasing their levels of vitamin D to improve the health of their vaginal microbiome. Being deficient in vitamin D, could also increase the risk of developing dementia according to a new study published in Alzheimer’s & Dementia. None of the participants of the Rush Memory and Ageing Project had dementia when they were enrolled into the project. They were followed until their death, after which the brains of 290 individuals were examined post-mortem. Researchers found higher levels of vitamin D in the brain were associated with a 25-33% reduced risk of developing Alzheimer’s.

>>> Visit our Test and Take: Vitamin D campaign for more information about the importance of vitamin D to our health

The news that ultra-processed foods (UPFs) accelerate the onset of cognitive decline shouldn’t be a surprise for anyone that’s been following us for any length of time. Yet, it will still be news to many who don’t pay attention to how the food we eat impacts our health. It’s shocking to find that over 73% of the US food supply is now classed as ultra-processed. A new Brazilian study of over 10,000 individuals, published in JAMA Neurology, provides more evidence of the impact that ultra-processed foods have on our brain health. Participants with the highest intake of UPFs were found to have a much higher likelihood of experiencing a decline in cognitive function, which is often the first sign of dementia. Researchers publishing in Nutrients caution against over consumption of highly processed plant-based 'meat' alternatives due to their lack of iron and high phytate content, which can affect the absorption of nutrients from the gut.

>>> This holiday season we have the perfect gift for you and your loved ones to help you start the New Year ready for a new health journey. Get your copy of RESET EATING today.

Often a key ingredient in ultra-processed foods, the dangers of artificial sweeteners to our health is rarely mentioned in the mainstream media despite the ever-growing evidence base of the risks to our health. Instead, they continue to promote the message that we must use artificial sweeteners to reduce sugar consumption, help us lose weight, tackle type 2 diabetes and other metabolic conditions in order to improve our health. In a sharp about turn, the Guardian published a long-read article recently warning of the very real problems posed by sweeteners to our health and wellbeing. One of the key claims for the use of sweeteners is that they provide the sweet hit required without the impact of sugar on our metabolism. All of that’s been turned on its head in a recent study published in Cell, which found two of the sweeteners tested (sucralose and saccharin) raised the blood sugar of all those that consumed them. We couldn't agree more and reiterate that rather than constantly trying to replace sugar, we should be aiming to reduce the amount of sweet foods we include in our daily diets.

The US Food & Drugs Administration (FDA) has completed their overhaul of homeopathy regulation, and it is as feared: in the FDA’s view, all homeopathic products are illegal. This interpretation gives the agency the power to remove any homeopathic medicine it wants to, whenever it wants to. We must convey consumer outrage to Congress and the FDA if we want to save homeopathy. Homeopathic drugs will not all disappear overnight. The FDA will probably adopt a similar playbook as the one they’re using to eliminate compounded medications — employing a strategy of “death by a thousand cuts.” Slowly but surely the agency will target and eliminate homeopathic medicines one by one until it is impossible for companies to stay in business. Clearing the market in one fell swoop would create headlines; picking off medicines one by one over time allows the agency to accomplish the same goal without drawing as much attention or generating as much outrage. Find out more from the team at ANH-USA and please take action.

Ensuring we have a diverse range of micronutrients is essential for supporting heart health. A new systematic review and meta-analysis of randomised controlled studies published in The Journal of the American College of Cardiology sets out a comprehensive list of micronutrients that can reduce the risk of developing cardiovascular disease. Amongst the nutrients found to be beneficial, were omega 3 fatty acids, folate (particularly for strokes), magnesium, zinc, curcumin and coenzyme Q10. Data on supplementation of micronutrients was also included in the analysis.

A new report from the World Health Organization, the Global Antimicrobial Resistance and Use Surveillance System (GLASS) report, has sounded a klaxon warning over significantly increased levels of antimicrobial resistance (AMR). Of particular concern is the level of AMR in pathogens that cause blood infections. AMR is now developing to the so called ‘last resort’ antibiotics, carbapenams. The report blames the continued high levels of use of antibiotics globally for driving AMR. It’s important to understand that AMR is a serious threat to animal and environmental health as well as humans. Suffice to say there are non-pharma, natural options for tackling ailments for which antibiotics are routinely prescribed as there may come a day when even a simple infection could kill if we don’t make changes to how we approach healthcare.