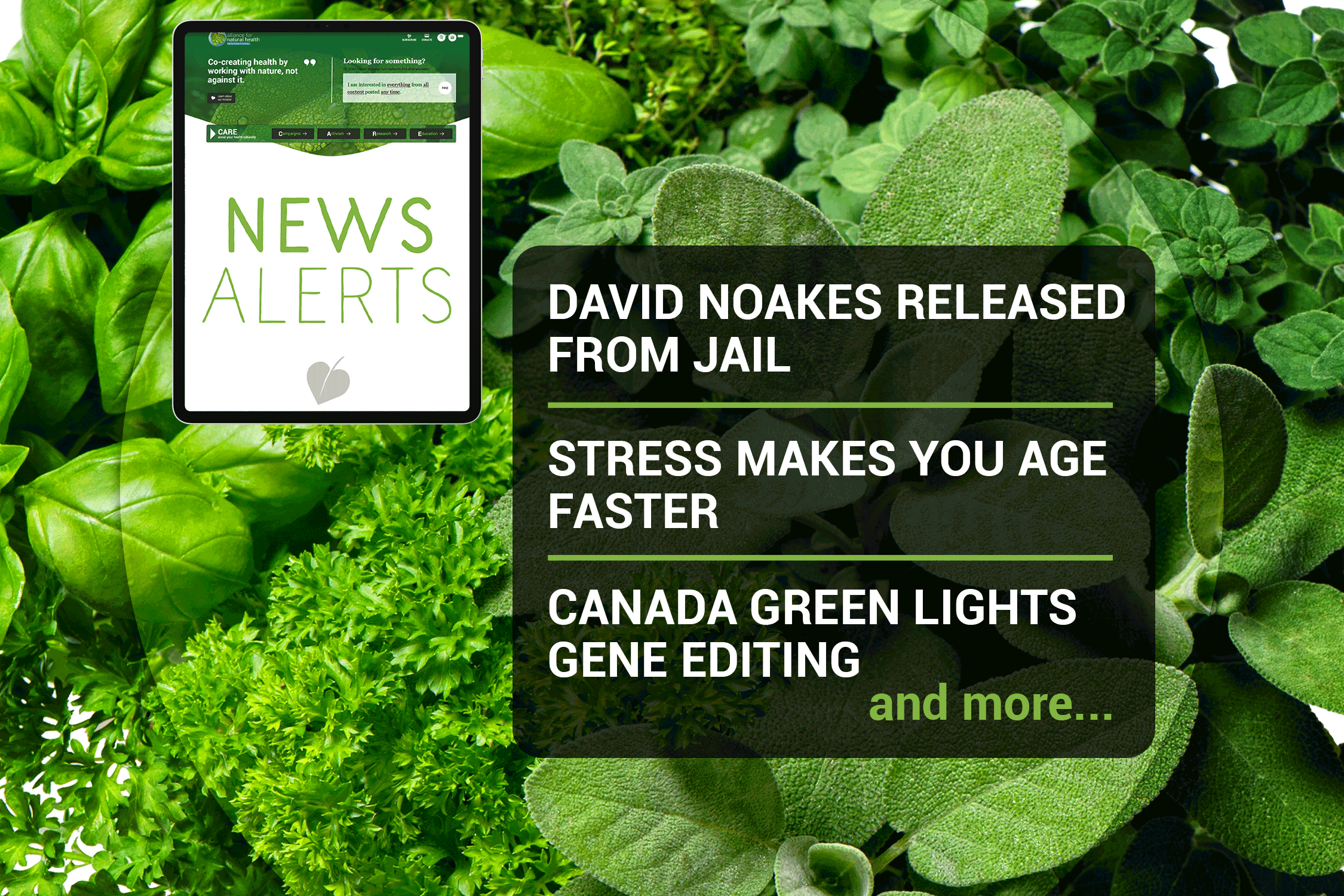 Vilified and imprisoned in France for the past 18 months for the production and supply of natural cancer treatment GcMAF, David Noakes is once again out of jail, although not yet a free man. He was released on the 13 December 2021 pending a final decision on his case on 28 February 2022. He will be allowed to attend his mother’s funeral in the UK on Friday, 17 December, but will have to return to France where he will stay with NHF President, Scott Tips, until the hearing in February.

Elderly people with mild cognitive impairment have disrupted (dysbiosis) gut microbiomes compared to those who don’t have any cognitive issues. A new Chinese study published in the Journal of Immunology has found that changes in the make up of the gut microbiome can be used to predict the development of declining mental functions. Specifically the researchers found a reduction in levels of Bacteroides spp. in the gut in those with a decline in mental health. The research reinforces the links between the health of gut microbiota and chronic health conditions that affect our mental health and cognitive ability such as Parkinson's Disease and depression. The study underlines the need for us to make changes to our lifestyles and diet to combat the risk of an increasingly common and debilitating disease.

High levels of stress can make people age faster on a biological level. Researchers using a genetic clock called ‘GrimAge’ that measure changes in DNA methylation, found that although stress accelerates aging, those who manage their stress levels effectively can counter the impact of stress and reduce their signs of aging. So why not take some time out to meditate or take a walk in the forest to help you reduce the impact of stress on your long-term health?

The link between low levels of vitamin D and the development of multiple sclerosis is now well established. Researchers from the American Academy of Neurology publishing in Neurology have said that young people who spend more than 30 minutes a day outside in bright sunlight cut their risk of developing multiple sclerosis in half because of the vitamin D that is produced. In many countries it’s not possible to get sufficient levels of natural sunlight, in which case it’s recommended to supplement to ensure you maintain optimum levels to reduce your risk of developing multiple sclerosis and also, to protect against a range of other chronic diseases, as well as severe covid disease.

In a continuing theme, Canada has become the latest country (after Australia and New Zealand, the EU and the UK) to introduce regulatory changes that will allow gene edited foods to enter the human food chain without any official regulatory oversight or checks. The government will instead rely on the biotech companies producing the GE organisms to provide safety assessments.