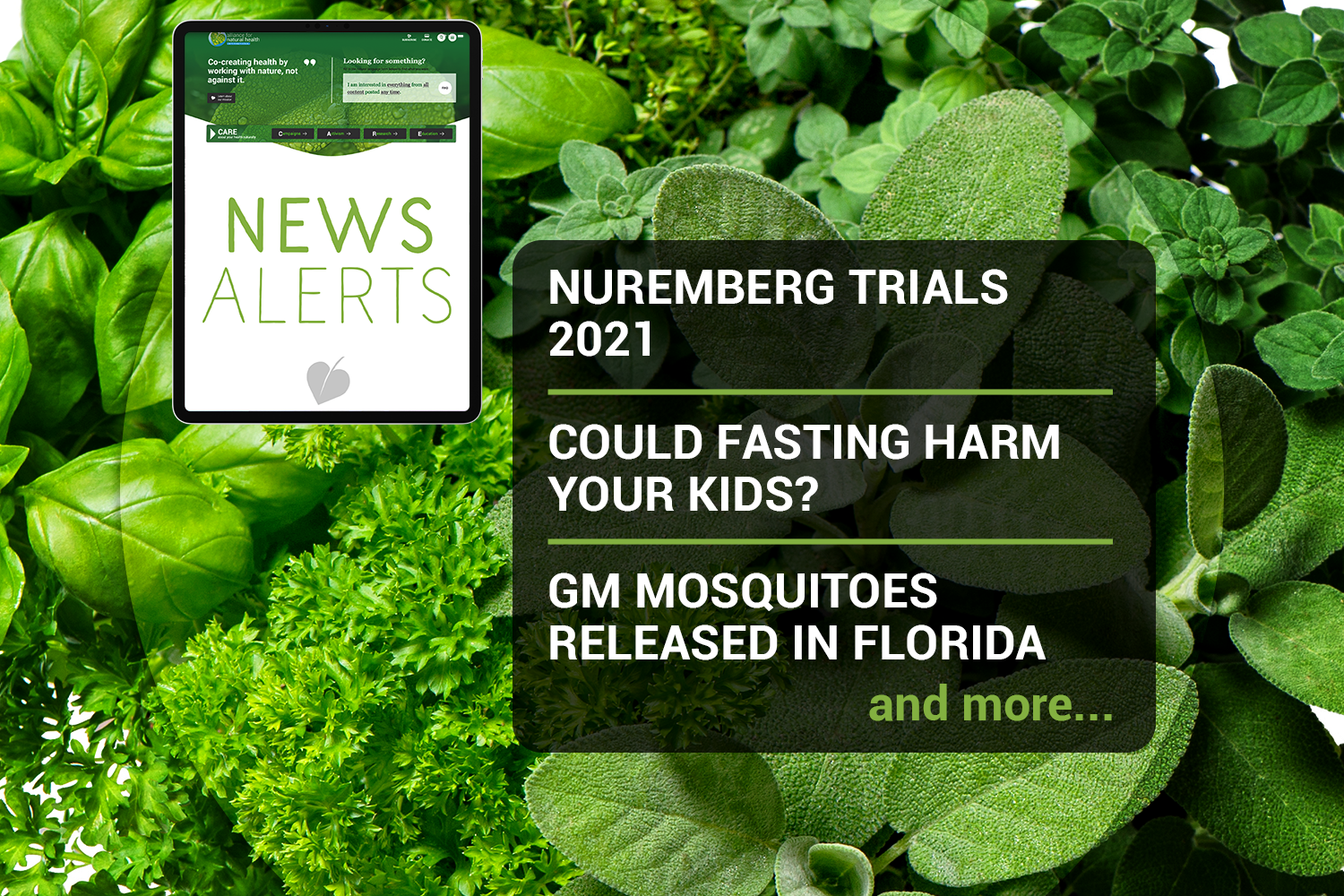 Dr Reiner Fuellmich has united more than 1,000 lawyers and 10,000 medical experts to bring legal proceedings against the Centers for Disease Control (CDC) in the US, the World Health Organization and the Davos Group (World Economic Forum) for crimes against humanity resulting from the covid-19 pandemic. They allege that the PCR tests used to diagnose covid-19 disease were not fit for purpose and that deaths associated with covid were incorrectly categorised. The action also states experimental covid vaccines are a grave violation of Article 32 of the 1949 Geneva Convention IV. In Canada The Justice Centre joins many other legal actions and challenges, as it seeks to challenge lockdown restrictions in Manitoba. The action also focuses on the role of the PCR test in driving punitive restrictions. There's a long way to go yet, but we will be following Dr Fuellmich's challenge closely.

According to a new study published in the journal Proceedings of the Royal Society B: Biological Sciences, it could. Researchers studying roundworms found that although fasting increased the lifespan and improved the reproduction of the worms it harmed the health of offspring for up to four generations. However, what is not being reported in the media is that the harm was only seen in offspring which were given unlimited access to food, not those that also fasted. Future generations that fasted also enjoyed a longer lifespan and improved reproduction rates. So in actual fact the study is a huge thumbs up for the benefits of fasting both for current and future generations as long as they all follow the principles of fasting that we are hardwired to benefit from — and as long as you're a roundworm! Find out more about the benefits of fasting for humans, how it slows aging, reduces your disease risk and burns fat whilst you sleep in our Health Hack sharing the health benefits of fasting.

Vitamin D levels and supplementation too low in UK

A new report published in Clinical Medicine Journal calls for changes in the optimal levels of vitamin D in the blood and levels of supplementation. The UK Scientific Advisory Committee for Nutrition (SACN) has set one of the lowest levels for vitamin D (10ng/ml or 25 nmol/L). This drives a recommendation for supplementation of just 400 IU daily. The authors state that they can find no evidence to support this low level. The report recommends the level of vitamin D in the blood should be raised to match that of the European Food Safety Authority (EFSA) and the American Institute of Medicine (20ng/ml or 50nmol/L) and “urgently recommend supplement with 20-25 micrograms (800-1000 IU) per day”. Even this is considered far too low by vitamin D experts. Dr Damien Downing, president of the British Society for Ecological Medicine recommends a vitamin D blood level of at least 78 nmol/L for immune support and levels over 100 nmo/L to lower your risk of cancer and autoimmune disease. For the full low down on why vitamin D is so important for our health and wellbeing, what your level should, how to test and how to optimise your levels check out our comprehensive vitamin D campaign page.

Oxitech is at it again. Disregarding fierce opposition to prevent the mass experimental release of genetically modified mosquitoes in Florida, the company has gone ahead with the release. The species of mosquito released, Aedes aergypti, makes up a tiny 4% of the mosquito population in the Florida keys, but is believed to be responsible for the majority of mosquito borne disease transmitted to humans. The mosquitoes have been engineered to carry a gene that results in females dying out. Previous experimental releases have resulted in the modified mosquitoes breeding with local populations to create hybrids that evade the modifications. The benefits of such releases have been massively over-exaggerated while risks are significantly underplayed. Like all organisms, mosquitoes play an important role in ecosystems, their larvae being especially important in aquatic systems, providing an important food source particularly for fish, frogs and other animals. Most importantly, no one can accurately predict the impact of eliminating a whole species that presently exists in large numbers, and to deny or ignore any risk of environmental impact is both naive and arrogant.

Renewed interest in the origin of the SARS-CoV-2 virus has resulted in a number of reports that pull together a range of information to support the theory that the virus originated in a lab in the Chinese province of Wuhan. The first from Jonathan Latham PhD and Allison Wilson PhD focuses on a translated Chinese PhD thesis that substantially strengthens the case for a lab origin and questions many of the scientists at the centre of the controversy, Zheng-li Shi's assertions in regard to the virus’s origins. In an article published in the Bulletin of the Atomic Scientists, Nicholas Wade explores the tale of two theories seemingly coming down on the side of a lab escape. Investigative journalist Sheryl Atkinsson has also turned her attention to the thorny subject of the origin of covid in a revealing interview with Jamie Metzl who is a member or the World Health Organization International Advisory Committee on Human Genome Editing. The evidence supporting the escape of the virus from a lab conducting gain of function experiments is compelling, but it’s likely to be a while before the full truth is known. Take a read of the articles to form your opinion.

Children in the UK are to receive lessons on the safety and efficacy of covid vaccines in preparation for the extension of the vaccination programme to those aged 12-15 years. The Stephen Hawking Foundation has created a series of educational resources to be used by teachers to answer “the big question ‘Are Vaccines Safe” so children and their families can “make informed decisions about vaccinations”. Just what’s contained in the material has been exposed by someone who has obtained the presentation and then countered and debunked the information provided by the Foundation so children and their families can make a fully informed decision based on both sides of the argument!