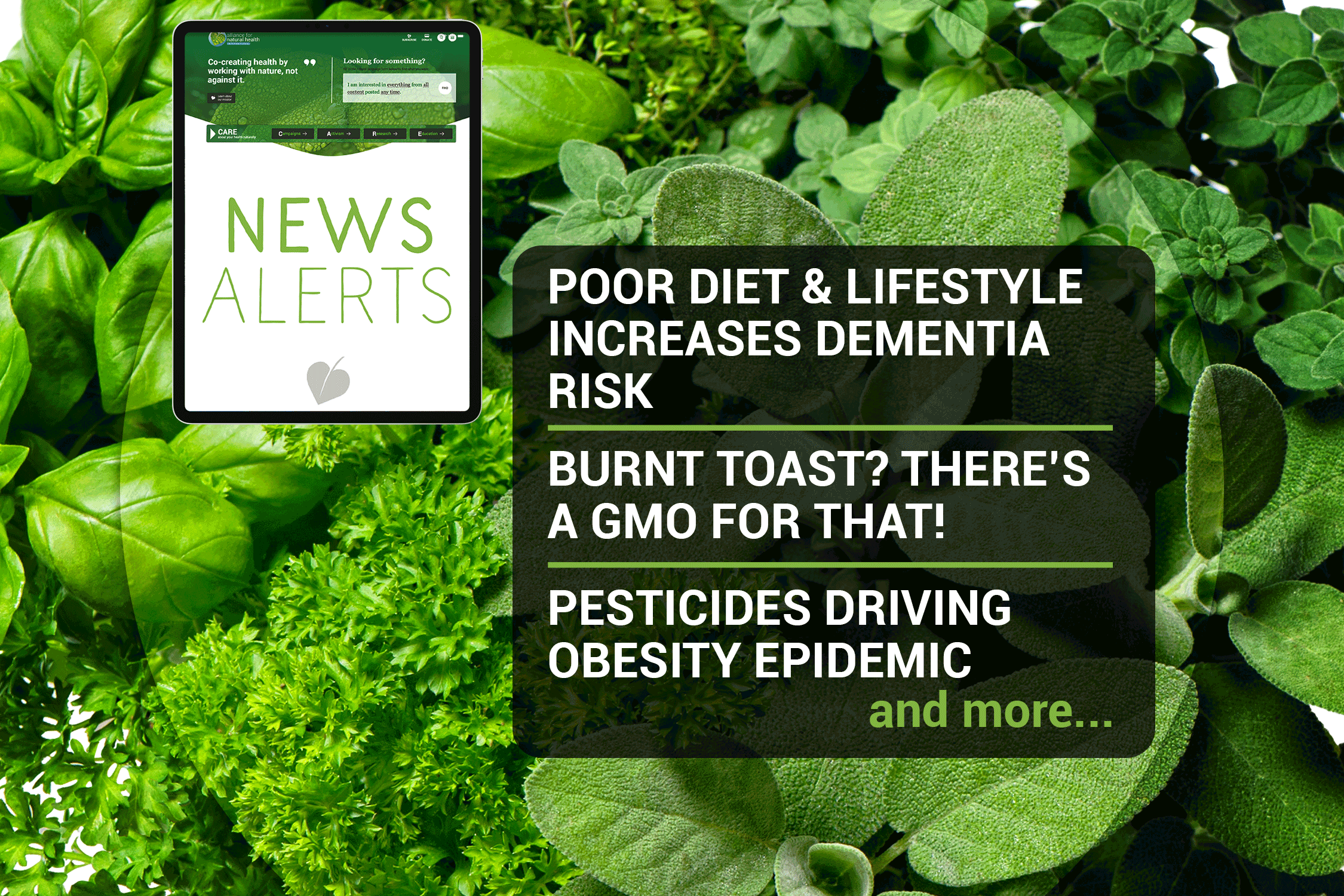 On August 23rd, 1989 the peoples of Latvia, Estonia and Lithuania came together as one. Nearly 2 million people joined hands to form a human chain 650km long as part of a peaceful protest demanding restoration of their independence. This became known as The Baltic Way. In 2021 around the globe basic rights and freedoms are being removed from citizens at a frightening pace in the name of covid. It's now time to push back against the rise of authoritarian rule. That's why The Awareness Foundation is calling on UK citizens to Hold the Line on the 11th September 2021 and form a chain the length of the UK. To find out more about this extraordinary movement you can join a Zoom call on Friday 3rd September at 7pm. Together we are stronger and can stop the erosion of our independence and freedoms!

Not taking enough exercise or eating a healthy diet increases your risk of cognitive decline and dementia in later life according to a new study published in Alzheimer's & Dementia: The Journal of the Alzheimer's Association by French researchers. Regular exercise and eating a healthy diet improves the brain's ability to create new neurons (neurogenesis) to maintain the health and function of our brains as we age. The study adds to the growing body of evidence showing the benefits of making dietary and lifestyle changes to protect against an increasingly common and debilitating disease.

As pressure to use ivermectin to treat covid patients ramps up the FDA has started a campaign to dismiss its use as being for animals only despite a long history of safe use in humans and its known anti-viral properties. In Ohio a judge has ordered a covid patient be given ivermectin to aid his recovery. The order comes as hospital doctors refused to treat Jeffery Smith after the drug was prescribed by another doctor despite its proven effectiveness in preventing and treating covid infection. In Japan (where ivermectin was developed) the chairman of the Tokyo Medical Association, Haruo Ozaki has reiterated his call for the government to issue an EUA and actively promote its use to combat the increase in covid cases and prevent further hospitalisations and deaths.

The coronavirus crisis has had a devastating effect on children’s mental health. In the US suicide related emergency hospital visits by young women aged 13-17 years were significantly higher than the same months in 2019. Publishing in JAMA Psychiatry researchers found a nearly 30% increase in the presentation of children with no previous history of mental health issues or suicidal ideology in the emergency room. In Australia a petition has been launched that spotlights the huge increase in mental health issues being suffered by children due to the crisis and its interventions. The number of UK children under the age of 17 being prescribed antidepressants increased by 26% as a result of coronavirus lockdowns according to a study published in The Pharmaceutical Journal. It's time for the health and wellbeing of our children to be put first given their extremely low risk of harm from covid-19.

Burnt toast? We’ve got a GMO for that!

Burnt toast is being used a vehicle to bring gene edited foods into the UK by the back door. When starchy foods are baked, fried or toasted the amino acid asparagine is converted to acrylamide, a known carcinogen. This has prompted the development of wheat that produces lower levels of asparagine to reduce the development of cancer. The UK government has authorised a field trial at the Rothamstead Institute of the modified wheat, which will initially be genetically modified, but over a 3 year period all the plants will become gene edited as Big Ag seaks to sneak gene edited organisms into the food chain for an solution that’s not needed!

A new study adds to concerns that GMO crops not only affect crop pests, but their natural predators. Stink bug Podisus nigrispinus (Dallas) is the natural predator of the fall armyworm which attacks maize, however the study published in Scielo Brazil has found that toxin in Bt maize (which has caused the armyworm to mutate) affects the gut function of the stink bug so that it doesn’t degrade the Bt toxin as has been claimed. The researchers fear this could affect its health and ability to predate pests such as the armyworm.

A new mouse study published in Nature Communications has found that the commonly used pesticide, chlorpyrifos, reduces the ability of brown fat cells to burn fat. The findings have important implications for future public health and underlines the importance of eating organic produce where possible.

No booster, no pass in Israel

Israeli residents who are double vaccinated will no longer be considered to be vaccinated after six months until they receive a booster shot. If they decline the required booster jab their Green Pass will be revoked severely restricting what they can do on a daily basis. The move comes as Israel experiences a spike in supposed covid infections across the, mostly, vaccinated population

Use of Moderna covid 'vaccines' has been suspended across Japan due to contaminiation fears after black and pink particles were seen in syringes and following two deaths after injection. The Japanese government is seeking to downplay the issues saying shots can continue to be administered as long as no contamination is seen.