Link between MMR and autism

Instances of children being diagnosed with an autism spectrum disorder (ASD) has grown significantly in recent years. A new study published in Molecular Autism has looked at the connection between the gut and the brain (gut-brain axis) and how inflammation in the gut can affect brain health. Many integrative medicine practitioners are familiar with the benefits that a gluten and casein free diet can have for some children with autism. However, this is the first time that mainstream researchers have shown that an altered blood/brain barrier and impaired gut function may influence brain health. Additionally, recognition that food antigens from foods such as wheat (gliadorphins) and cow's milk (casomorphins) can have an impact on these conditions. Work is ongoing into how increased intestinal permeability (commonly termed 'leaky gut') may affect the development and/or management of ASD where there is a dysfunctional gut-brain axis. Despite a small sample number a statistically significant difference was seen between the different study groups.

Following recent news of a woman in the US who died after contracting a superbug that was resistant to all the antibiotics used to treat her, scientists have announced that they have created a molecule that reverses antibiotic resistance in multiple strains of bacteria. Antibiotic resistance is becoming so serious that the UN has labelled it a fundamental threat to global health and safety. One of the ways bacteria develops antibiotic resistance is via a gene (MCR1) that can be easily passed between bacterial strains. This gene codes for a specific enzyme, New Delhi Metallo-beta-lactamase-1 (NDM-1), which is thought to enable bacterial resistance to the ‘last resort’ antibiotics (carbapenems), as well as those in general use. The newly developed molecule appears to attack NDM-1 and hopes are that it will reverse antibiotic resistance in many different strains of bacteria. However, this new technique has only been lab tested so far and is lacking evidence in humans, but is scheduled for clinical trials within the next 3 years. Antibiotics have an extremely damaging impact on our gut microbiome, which is essential for human health. We hope that this new drug won’t be giving free licence for antibiotics to be doled out like sweeties again.

Caloric restriction can lead to a longer, healthier life

Whether caloric restriction can contribute to a healthier and longer life has been a theory long debated in the nutrition sector. A recent collaboration between two competing research teams, may have finally found the answer! The review looked at two studies, one from the University of Wisconsin-Madison (UW-Madison) and the other from the National Institute on Aging (NIA). Individually these studies conflicted each other, but it wasn’t until the two studies were brought together, and their data on nearly 200 monkeys, gathered over many years, was analysed, that a decisive conclusion could be drawn. One contributing factor was age. The two studied restricted the diets of monkeys at different ages, and comparative analysis revealed that eating less is beneficial in older primates, but not so beneficial in younger animals. Secondly, the control group in the NIA study ate less than the UW-Madison study, leading to an improved survival rate within the NIA monkeys. Thirdly the NIA monkeys ate a diet based on naturally sourced foods, whereas the UW-Madison monkeys ate a highly processed diet. Finally, the review found that the females were less vulnerable to weight gain than the males. In conclusion, “caloric restriction does indeed – affect aging. However, for primates, age, diet and sex must all be factored in to realise the full debits of lower caloric intake.”.

Researchers at the University of Buffalo have found that synthetic chemicals (carbamates) used in insecticides bind to melatonin receptors which control our biological clocks (circadian rhythm). Disruption to our circadian rhythms is known to put people at higher risk of metabolic diseases. It is encouraging to see research looking at defining how chemicals in the environment interact with human biology to potentially cause health issues.

Researchers at Kings College London from the Department of Twin Research and Genetic Epidemiology have found that twins eating higher levels of plant foods containing flavonols (onions, tea, pears), anthocyanins (berries, pears, grapes, wine) and proanthocyanidins (apples, cocoa) were less likely to be overweight than their co-twins with lower intakes. These findings were independent of established dietary and other risk factors that have been associated with excess weight previously. The study has helped to tease out specifics. Namely that increased fruit and vegetable intake generally did not change the findings, but that the results were linked to increased flavonol-anthocyanidin-proanthocyanidin-rich foods specifically. Yet more evidence for the importance of ‘eating a rainbow’ every day and making sure that a diverse range of coloured vegetables and fruits are incorporated into one’s diet.

A statin a day

As if the number of people already suffering from statin induced side effects wasn’t enough, leading US experts are now recommending that even healthy people should be taking the drug. They claim that, “taking the daily medication protects against stroke and heart attacks no matter how low a person’s cholesterol levels”. This mad advice is yet another sure fire way to further increase Big Pharma’s profits!

New research is showing that consuming a typical western diet can lead to overeating and obesity due to increased levels of endocannabinoids released in the brain that stimulate our ‘reward system’ and create dependence. Mice fed a western diet for 60 days rapidly gained weight, became obese and ate significantly more food more quickly. The increases in appetite were associated with greatly increased levels of endocannabinoids in the small intestine and circulation of the mice. Whilst the researchers are calling for further human studies to confirm if the same mechanisms are at play, the spiraling chronic disease and obesity rates in today’s society would suggest that they are.

Is acrylamide really an issue?

Acrylamide has been hitting the headlines recently, but this isn’t a new discovery. We reported on this issue back in December 2015. Acrylamide is a chemical compound that forms in some foods when they are cooked at temperatures above 120oC, and has been classified as a “probable human carcinogen" by the International Agency for Research on Cancer. Many have been trying to brush off the dangers saying that it’s only present in small quantities, but it’s all about exposure, how much and how frequently it’s consumed over a lifetime. The bowl of cereal and slightly overdone toast for breakfast, potato crisps with lunch, battered fish and chips for dinner and a few cups of coffee quickly adds up to a hefty daily dose of acrylamide. So whilst dissenters might be trying to save the harmless roast potato, the crispier they are, the hotter the oven, the more acrylamide they’ll contain.

Red yeast rice (RYR) is a common substitute for statins due to its natural cholesterol lowering effect. The food supplement has even been awarded an EU-approved health claim. However, researchers are warning of adverse effects they have found linking to the supplement over the last decade, ranging from, “muscle pain and/or increase in creatine phosphokinase, muscle injury, liver injury, gastrointestinal reactions, skin reactions and other reactions”. The study found that 70% of these cases were found in females, with 13 cases leading to hospitalisation. However, it is important to point out that, “28 of these patients were taking other medications including ACE inhibitors, thyroid hormones, selective serotonin re-uptake inhibitors, oral contraceptives, antibiotics, benzodiazepines, calcium antagonists, beta-blocking agents and diuretics.” Given that statins remain a strong profit strategy for Big Pharma, it’s important to remember that most of these drugs carry an extensive list of adverse side effects, many of which are significantly more dangerous, than using natural alternatives.

The first of our global covid news roundups for 2022 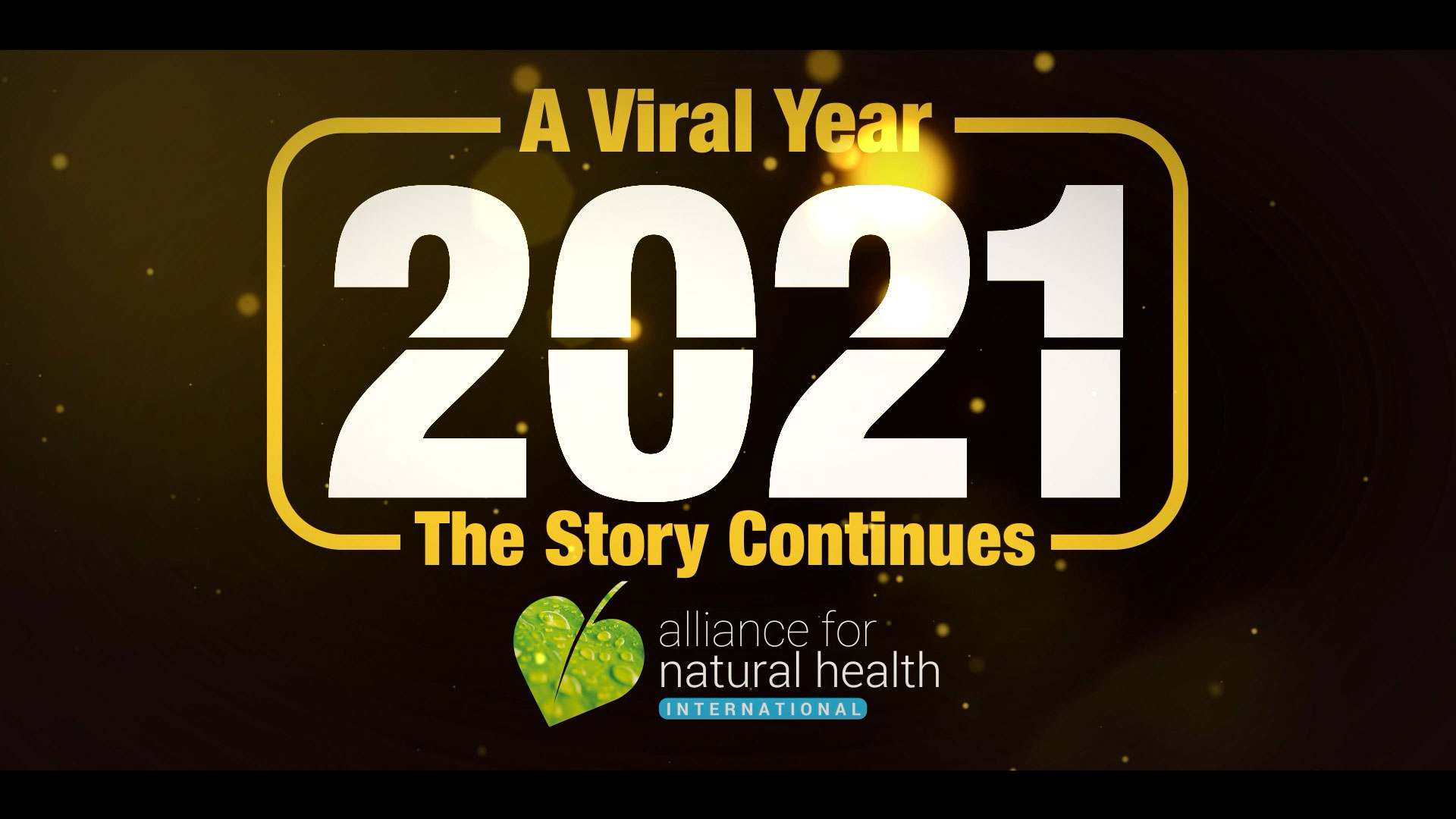 The story continues as we look back at a turbulent, challenging and ever changing year that has inspired solidarity and a movement of change in which we are are centrally involved