UK health journalist looks at some of the latest insights on cancer inspired by Indian-American oncologist, Dr Siddartha Mukherjee

While cancer only just makes it onto the list of the top 10 killers globally, it sits in second or third place as the biggest killer after heart disease or stroke in most developed and industrialised countries. In the EU, it is the second largest cause of death with on average 1 in 3 people dying from cancer, with this average in some countries like Denmark and Hungary nearer 1 in 2. Despite billions being poured into cancer research in an effort to find ‘miracle cures’ for the many different forms and sites of cancer, the decline in cancer incidence in developed countries over the last decade has been quite modest and cannot necessarily be attributed to the use of new drugs. Better and earlier diagnosis and increased awareness of healthy diets and lifestyles are among many factors that could be contributing.

Even when there is medical consensus that most cancers are strongly influenced by environment, behaviour, diet and lifestyle, most mainstream oncologists and cancer charities currently dismiss the idea that non-drug or lifestyle interventions can be used to support standard treatments such as chemotherapy, radiation or surgery. Researchers might increasingly pay some lip service to the notion that some cancers may be the result of a metabolic dysfunction in the body, sometimes catalysed by specific genetic or environmental factors, but, generally speaking, they are much more interested in the development of new drugs, especially so-called biosimilars and biologics that are being fast-tracked through the EU regulatory process for drugs, with Germany becoming the European hub for drug licensing.

Award-winning British health journalist and ANH friend, Jerome Burne, also the person behind the fantastic Health Insight UK blog site, took inspiration from an article published in the New Yorker magazine in September last year by one of the big names in cancer and author of Pulitzer prize-winning bestseller, ‘The Emperor of All Maladies: A Biography of Cancer’ (2011), Professor Siddartha Mukherjee. ‘Ask not what cancer is doing to you,’ writes Mukherjee, ‘but what you are doing to cancer.’ 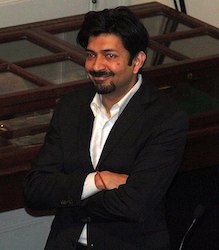 In his New Yorker piece, Dr Mukherjee compares invasive species, such as Japanese knotweed in English gardens, or beavers in Tierra del Fuego, with a new approach to the theory of cancer. One that holds promise to both treat and prevent cancer – as well as its ability to spread if it occurs.

One of the most plausible new approaches to cancer treatment is the ketogenic diet – where individuals radically reduce their consumption of carbohydrates to produce an alternative fuel source known as ketones. However, like many non-drug therapies, it is routinely dismissed by the current cancer establishment even though they also recommend lifestyle changes such as reducing intake of sugar, carbohydrates and alcohol and losing weight to cut the incidence of cancer. Clearly there is confusion as to whether or not making your internal ecology inhospitable to cancer makes sense or not.

It’s imperative that a solution is found. The prevailing theory that cancer is the result of random genetic mutations is being increasingly challenged by senior scientists. A different cause is apparent and evidence is growing that it’s down to how your body makes and uses energy. Increasingly it seems likely researchers have been looking in the wrong place. Genes do play a part, but they are far from the whole story.

This is not a new theory. Scientists have already realised that transferring the nucleus (DNA) from a cancerous cell into a healthy one doesn’t subsequently make it cancerous. However, if you include the mitochondria (energy factories) it does - supporting the fact that cancer cells make energy in an abnormal way.

Pioneering researcher Professor Mina Bissell believes the mutation theory of cancer misses the wood for the trees. She calls the area surrounding each cell the “extracellular matrix” (ECM). This is where glucose, used by the cells as fuel, is shunted in along with other nutrients, enzymes and, crucially, oxygen and waste removed. When the neighbourhood is healthy, the cells nestle tightly against each other and any hint of anti-social behaviour is quickly dealt with. In areas damaged by inflammation, poor nutrients, deficiencies in mineral and vitamins, cells lose touch with their neighbours, spew waste and grow uncontrollably. This, she believes is when cancer cells begin to spread.

The big implication of this radical shift in thinking, is that many of the things we know keep us on the healthy side of the street - reducing sugar, exercising, maintaining a reasonable weight – have a direct effect on what’s happening in the area surrounding cells that are turning cancerous.

This means cancer is not a disaster, but preventable. So, the question becomes: Does it make sense to stop doing the things that keep the neighbourhood healthy just because cancer has appeared? Physicist, Professor Paul Davies of the Center for the Convergence of Physical Sciences and Cancer Biology at Arizona State University is also doubtful that random mutations are sufficient to explain the behaviour of cancer cells. He points out that mutated cancer cells are remarkably flexible and efficient, growing rapidly, travelling to other areas and even maintaining communication with the original tumour. Not the behaviour of a cell driven by a random mutation.

Also, if cancers only originated from a random mutation in a single cell, you would expect tumours in different people to be wildly different and unique. However, many exhibit similar abilities and patterns of behaviour.

So something else is going on to make cancer as effective as it is. One very plausible candidate is the difference between the way cancer cells and healthy ones make energy. Healthy cells use mitochondria, tiny power plants found in every cell, in cancer cells these are damaged and so they have to use a different method.

This involves using much greater amounts of glucose. First described by Otto Warburg back in the 1920's it’s ancient and far less efficient - but fast; good for rapid growth. But it was largely forgotton and it wasn’t until 2015 when American science writer Travis Christofferson pubished a new book “Tripping Over the Truth: The Metabolic Theory of Cancer” that Warburg’s work found a new audience.

The book details the serious problems with the gene approach to cancer and explains why the dream of identifying particular mutations to target each one with a drug has vanished. A new approach is needed and cancer’s need for large amounts of glucose suggests that a low carbohydrate diet which drastically cuts the amount of glucose in the blood is a very plausible approach. It is known as the ketogenic diet because the drop in glucose makes the body produce small energy packets known as ketones that healthy cells can use as energy but cancer cells can’t. Mainstream charities and oncologists dismiss it on the ground that it lacks enough scientific research to prove its effectiveness.

However, two recent radical developments may soon be changing that. The first involves the use of synthetic ketones with huge implications. Rather than following a demanding and difficult diet to induce their production, it may soon be possible to get their benefits from something as simple as a drink, making research to demonstrate the effect much easier

The second, equally mould breaking development came with an announcement from The Care Oncology Clinic, which recently issued the successful results from treating 100 brain cancer patients with a cocktail of four old, off-patent and incredibly cheap drugs known to have anti-cancer properties. Average survival time for brain cancer is 14 months for patients treated only with a conventional combination of chemotherapy and radiotherapy. Combining conventional treatment with the drug cocktail, almost doubled the average survival to 27 months. (For more details see Jerome’s recent feature in the Daily Mail.)

The link with metabolic theory comes because each of the drugs damps down or inhibits a variety of the ways cancer cells access or make use of their main fuel, glucose. More results are due to be published in the Summer.

The idea of using diet to change the way energy is being used in the body fits very well with Professor Mukherjee’s investigation into the factors that allow cancers to metastasise – spread around the body. He also rejects the gene theory as providing an explanation and suggests oncologists need to change their approach and instead investigate the systems that naturally protect against cancer developing.

These are the same ones, suggests Mukherjee that allows Japanese knotweed, away from its native environment, to quickly turn from a Jekyll to a Hyde in English gardens. They don’t have a mutation giving their roots super powers instead their new environment lacks the features that keep them well-behaved at home.

This takes oncologists into ecological territory where the talk is of webs of nutrition, predation, climate and topography - all subject to complex feedback loops. Clearly a biologically based ecology-type model would provide a much more realistic picture of the multitude of factors that determine whether one of those cells from an established tumour is going establish a foothold and begin its rapid growth.

At this point in the article something very interesting happened. Mukherjee acknowledged that a biological-ecological approach might well be called holistic – using multiple interventions to reset a whole system. But, with ‘holism’ being a serious heresy in the cancer world, he hastily dismissed it on the grounds that ‘holistic’ had become ‘a patchouli-scented catchall for untested folk remedies: raspberry-leaf tea and juice cleanses.’

His adherence to cancer orthodoxy overcame the inescapable logic of his well-informed analysis. He’d identified an ecology vs oncology split over the best way to handle cancer, but denying the ketogenic diet its due role seems increasingly ignorant and unscientific.

The full version of Jerome Burne’s article can be read here.