The world is moving at unprecedented speed as the coronavirus crisis continues to affect people’s lives on a day to day basis. With the news changing on a minute by minute basis it can be difficult to keep up with some of the more important aspects of what’s happening. We’ve scoured the news feeds, both mainstream and ‘alternative’ to bring you what we believe is the key information from the past couple of weeks.

Are the 'unvaccinated' driving variants?

There is now a sustained media campaign against those who exercise their right to choose when it comes a certain experimental medical intervention. The rhetoric becoming ever more shrill as people are hyped up to view the ‘unvaccinated’ (it's often forgotten that a large proportion of this group have been previously vaccinated) as unclean and a threat to the health of those who have chosen to engage in one of the covid injections.

A new study published in PNAS, adds to the hysteria by claiming that unvaccinated individuals provide a reservoir that allows the virus to grow and mutate. Dr Geert Vanden Bossche has picked up the study and in his inimitable style totally blown it out of the water. He points out that the study author has no relevant scientific experience to make such an assertion then takes the study apart point by point. The bottom line being that it’s actually the mass injection during a pandemic situation that’s driving the development of variants – not the ‘unvaccinated’!

“As long as the broader public and politicians get advised by incompetent scientists who seem to be addicted to their ego and delusional self-importance, it will be difficult to turn the tide on this pandemic.” - Geert Vanden Bossche PhD 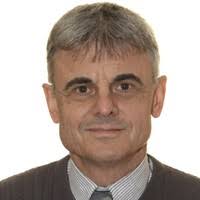 A new study published in Nature has suggested that those with naturally derived immunity to covid-19 are better placed to deal with any future variants that may arise. Unlike vaccine derived ‘immunity’, our immune system is exceptionally well placed to deal with variants and in the long run will win the race against mutations arising from SARS-CoV-2.

Governments and health authorities continue to promote covid ‘vaccines’ as being safe. However, more and more doctors and scientists are speaking out and telling a different story. In the US, the FDA vaccine advisory committee voted against the introduction of booster shots for the whole population, instead recommending their use for at risk groups only. This flies in the face of the Biden administration’s plan to bring in booster shots for all those who’ve already received two injections. Significantly, several experts were allowed to present evidence to the committee that is contrary to the mainstream narrative. Steve Kirsch, executive director of the COVID-19 Early Treatment Fund, tackled the ‘elephant in the room’ — that the vaccines are simply not safe, whilst Dr Jessica Rose PhD, MSc, BSc, showed a 1000% increase in adverse events related to covid ‘vaccines’ compared to all previous vaccines in previous years.

The meeting follows the resignation of two top vaccine research scientists at the Food & Drug Administration (FDA), both of whom were co-authors on a report published in The Lancet, pushing back against the need for boosters due to the heightened risks of adverse reactions.

A new preprint study has underpinned concerns over increasing reports of the risk of myocarditis in young people aged 12-17 following covid injections. The study finds teenage boys are six times more likely to suffer from heart problems following two doses of the Pfizer/BioNTech covid injection than they are from hospitalisation from covid with the highest risk found in boys aged 12 to 15 years.

The very serious and urgent issues of injecting children with covid ‘vaccines’ is brought to the fore in a study published in Toxicology Reports by a group of international experts. The authors conclude that there isn’t enough data to make a proper judgement about the safety of the injections for children particularly when compared to the high number of post injection deaths reported to VAERs to date.

With the campaign to smear ivermectin at full throttle, news from India offers yet more evidence that the use of the cheap drug, without serious side-effects, at the onset of covid-19 stops the illness in its tracks. Badly hit by the Delta variant earlier in the year, the Uttar Pradesh region began house to house visits testing for infections. Those found to be infected were given a home medicine kit that includes ivermectin. The Hindustan Times now reports that infection rates have crashed to virtually nothing. El Salvador has had similar success using a covid-19 home medicine kit to treat covid patients, that also contains ivermectin along with paracetamol and aspirin (anti-inflammatory), loratadine (antihistamine), azithromycin (antibiotic+antiviral), vitamin C (500mg), vitamin D (2000 IU), zinc (50mg) and electrolytes (minerals-zinc ionophores). Guatemala and Bolivia are reported to be following suit in providing a solution that is simple, cost effective and ‘cures’ covid-19 illness quickly.

The European Union (EU) has announced five therapeutics (drugs) that could soon be available to treat covid patients. Four are monoclonal antibodies and one an immune suppressing medication. All of the drugs are made by Pharma companies that haven’t been a part of the vaccine race. The European Commission is planning to draw up a portfolio of at least 10 potential covid therapeutics by October. This strategy is planned to work alongside the EU vaccines strategy and not replace it, as per a recent social media post that has gone viral. Monoclonal antibody treatments are being seen as a magic bullet for treating hospitalised patients, however the use of ivermectin and associated therapeutics significantly reduces the risk of developing serious illness and the need to be hospitalised in the first place. What ivermectin does not do, is make Big Pharma Big Bucks!

UK charity, Consent, has launched a legal action against the injection of children in England. It has also launched a crowd funder to pay for the litigation.

A court hearing took place in London today to stop the mass vaccination of healthy children. The action was coordinated by the Covid19 Assembly on behalf of parents, including doctors and lawyers, concerned that normal protocols and ethics have been cast aside with the approval of the vaccination campaign and that children could pay the price for such political decisions. The UK government have succeeded in delaying the hearing of the case so the team filed for an injunction. Sadly, the request for an injunction has been rejected. However, a full hearing is due to take place on the 28th September, so there is still hope.

The fearmongering over the risk of long covid has been ramped up recently as efforts to increase vaccination rates continue. However, a new analysis from the UK’s Office for National Statistics suggests the numbers of people suffering long covid is far lower than previously thought. A new review published in The Pediatric Infectious Disease Journal has cast doubt on previous estimates of the prevalence of long covid in children and adolescents. The review is backed up by a new report from the Murdoch Children’s Research Institute (MCRI) in Australia, which found major limitations in the data used in existing studies on long covid in children.

In spite of the danger to their lives and complete loss of livelihoods, people are now choosing to speak out about the cover-ups of the damage being done by covid injections. The latest whistleblower to come forward through Project Veritas, Jodi O’Malley, is a Registered Nurse in the US. She's chosen to speak out as felt she could no longer stay quiet about what’s happening and the massive cover-up by officials.

Thousands of women globally have reported problems with their menstrual cycles following covid injections. In the UK alone, 30,000 women have reported changes to their periods following being injected. A claim that was very quickly rubbished by mainstream sources. Although dismissive of the severity of the problems, reproductive specialist Dr Victoria Male, writing in The BMJ, has called for further investigation into the issue.

The debate over the origin of the SARS-CoV-2 virus continues with an article published in The Lancet supporting the theory that the virus escaped from a laboratory and calling for open and transparent debate around the issue.

Researchers analysing viral genomes have suggested the virus did indeed jump from animals to humans in a preprint published in Virological. During their analysis, the researchers say they have found two lineages and that this shows the virus jumped between animals and people on several occasions.

Evidence is still being collated and the jury remains out on a particularly thorny issue. It remains to be seen whether there will ever be consensus over the truth.

It’s unlikely you’ll see much in the mainstream media about the increasing pushbacks against covid vaccine mandates. We published a round up of pushbacks recently, but here are a few more that we’ve come across in the past week to show that all is not as it’s being portrayed by those following the official narrative!

Health Professionals United is a coalition of both vaccinated and unvaccinated health care workers in Alberta, Canada who have expressed their concerns over the mandating of covid vaccines in an open letter. In the letter they say they’re “standing together” having witnessed the serious adverse reactions, including death, following injection.

Healthcare professionals in New York have succeeded in obtaining an emergency injunction against mandated vaccines, which would fly in the face of their religious beliefs. The temporary restraining order prevents the New York Department of Health from taking any action against healthcare professionals who have an exemption from being injected due to religious beliefs.

Doctors 4 Covid Ethics has served a Notice of liability for harm and death from covid-19 vaccines to every member of the European Parliament and sent it to the Executive Director of the European Medicines Agency. The letter was accompanied by a summary of scientific evidence and a letter from Holocaust survivors demanding the vaccination programme be halted along with the unlawful coercion of people to be injected.