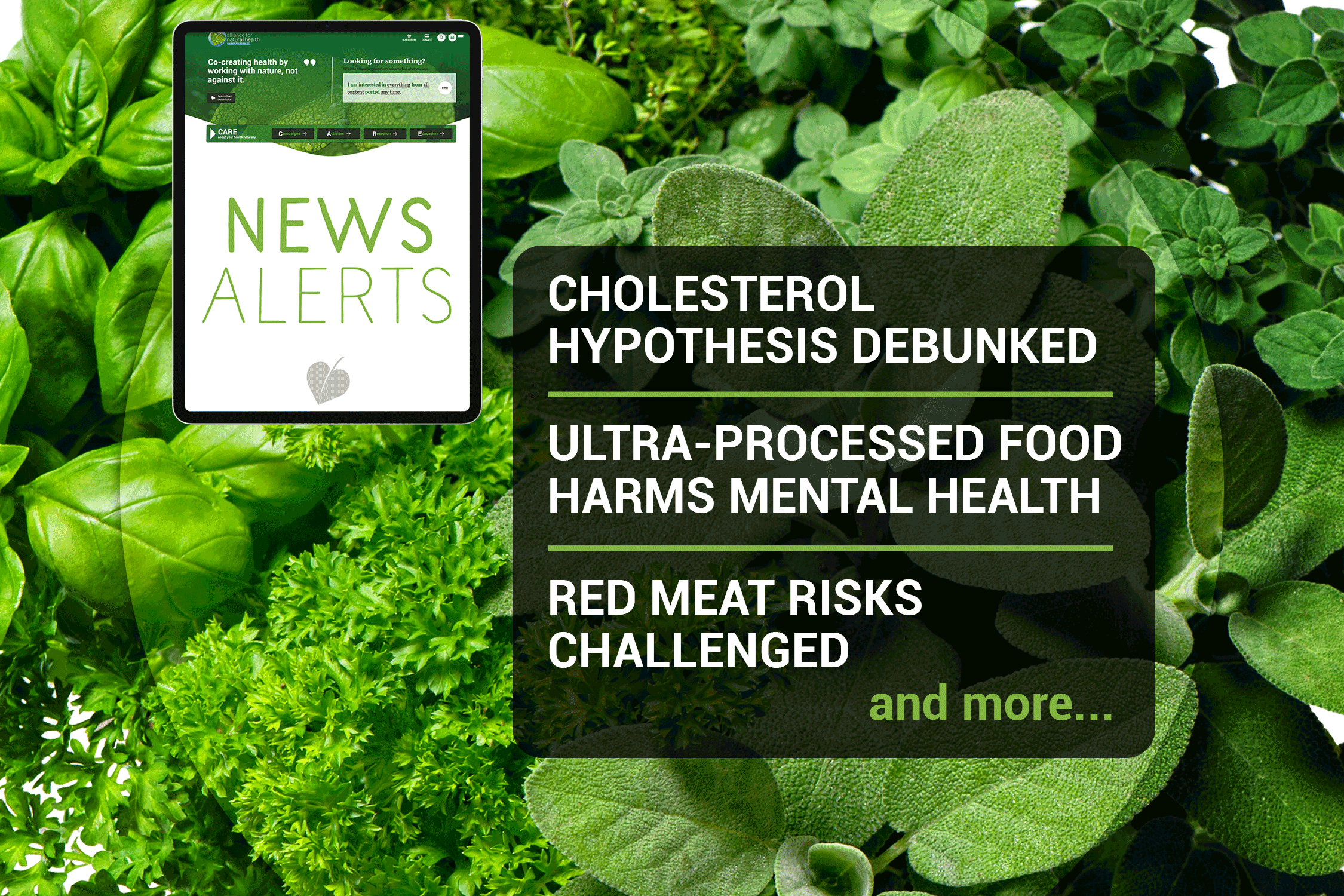 In a new review published in Current Opinion in Endocrinology, Diabetes and Obesity Dr Malcolm Kendrick posits raised levels of LDL cholesterol are not a harbinger for cardiovascular disease. In fact, we should be looking at the thrombogenic model, first proposed over one hundred and fifty years ago, of disease, which takes into account a wide range of factors associated with damage to arteries and the subsequent formation of plaques. The widely accepted cholesterol theory hasn't stood up to rigorous analysis and is no longer used to calculate an individual's risk of developing cardiovascular disease in the UK or USA. The new paper adds yet more scientific support to the demise of the cholesterol theory of cardiovascular disease, leaving the door wide open for a wide range of interventions such as changes to diet and lifestyle to reduce the risk of developing cardiovascular disease.

People who eat large quantities of ultra-processed foods (UPFs) are more likely to experience mental health problems. Sold to us as convenient, cheap and tasty, UPFs bear little resemblance to the wholefoods from which they originate and more often than not contain a raft of artificial sweeteners, preservatives and other chemicals, which can damage our health. Publishing in Public Health Nutrition, researchers from Florida Atlantic University’s Schmidt College of Medicine and collaborators, found those who ate the highest amount of UPFs were at significantly higher risk of developing depression and related mental health issues adding to the growing body of evidence regarding the detrimental effects of such foods on our health.

The 2019 Global Burden of Disease (GBD) study concluded there's a 36 fold increase in risk of death from eating unprocessed red meat. Following publication of a letter expressing serious concerns about the conclusion, published in The Lancet in February, the World Cancer Research Fund has joined forces with the Academy of Nutritional Sciences to back calls for corrections to be made to the measurements used by Global Burden of Disease study researchers. Eating red meat has been increasingly demonised as it's production is thought to be a key contributor to 'climate change'. The estimates made by GBD 2019 clearly don't take account of production systems, lumping both regenerative and industrial systems together to perfectly support the introduction of lab-based meats, consumption of insects and highly processed plant-based meat alternatives.

The Centers for Disease Control and Prevention (CDC) in the US estimates that 75% of healthcare budgets is spent dealing with chronic disease. In a new report, the US based, Council for Responsible Nutrition, finds that the use of certain food supplements could reduce both direct and indirect medical costs associated with a range of chronic diseases such as cardiovascular disease, osteoporosis, age-related eye disease, cognitive decline, irritable bowel syndrome and childhood cognitive development disorders. The report details relative risk reduction and anticipated cost savings estimated to run into billions of US dollars. Sadly, the report doesn't discuss the use of other modifiable factors such as changes to diet and lifestyle, which are essential to improving metabolic health alongside the use of appropriate nutraceuticals. Nor, that such changes can help prevent the vast majority of the chronic diseases afflicting people around the globe, which are threatening to collapse healthcare systems.

Glyphosate has been implicated in the development of neurodegenerative diseases such as Alzheimer's and Parkinsons disease in a new mouse study published in the Journal of Neuroinflammation. Researchers exposed young mice to glyphosate for a 14-day period, then analysed brain tissue, which revealed that glyphosate can cross the blood/brain barrier. They also discovered it enhanced levels of the pro-inflammatory cytokine TNF alpha, known to cause inflammation in the brain and increased production of amyloid plaques, involved in Alzheimer's Disease and now thought to be part of the body's immune response to inflammation in the brain. Given the results of the study and the widespread use of glyphosate in the environment, further research and evaluation of the potential harms of glyphosate needs to be undertaken urgently.

A county coroner in Sacramento, USA, has blamed the consumption of a herbal supplement containing White Mulberry Leaf for the death of Lori McClintock, the wife of a Northern Californian Congressman after a piece of White Mulberry Leaf was allegedly found in her stomach. Botanical safety experts have said White Mulberry Leaf is generally considered to be safe and is very unlikely to have caused the dehydration and gastroenteritis blamed for the death. Head of scientific and regulatory affairs at SafetyCall International, Rick Kingston, has called the findings into question after investigating previous adverse event reports. The result of his investigation concluded it was highly unlikely the supplement Mrs McClintock was taking was responsible for her untimely death. The case is being used to further support calls for supplements to be regulated

It's thought that grain traders are profiteering from the global surge in food prices despite an abundant supply of grain. Dominated by just four grain traders known collectively as ABCD, it's thought they're shorting supplies, although there's been no way to assess what stocks they hold or force them to release stores in a timely manner. Various NGOs are calling for measures to be imposed to prevent further profiteering. Climate scientist Bill McGuire said in a tweet, this is 'Disaster capitalism at its worst'.