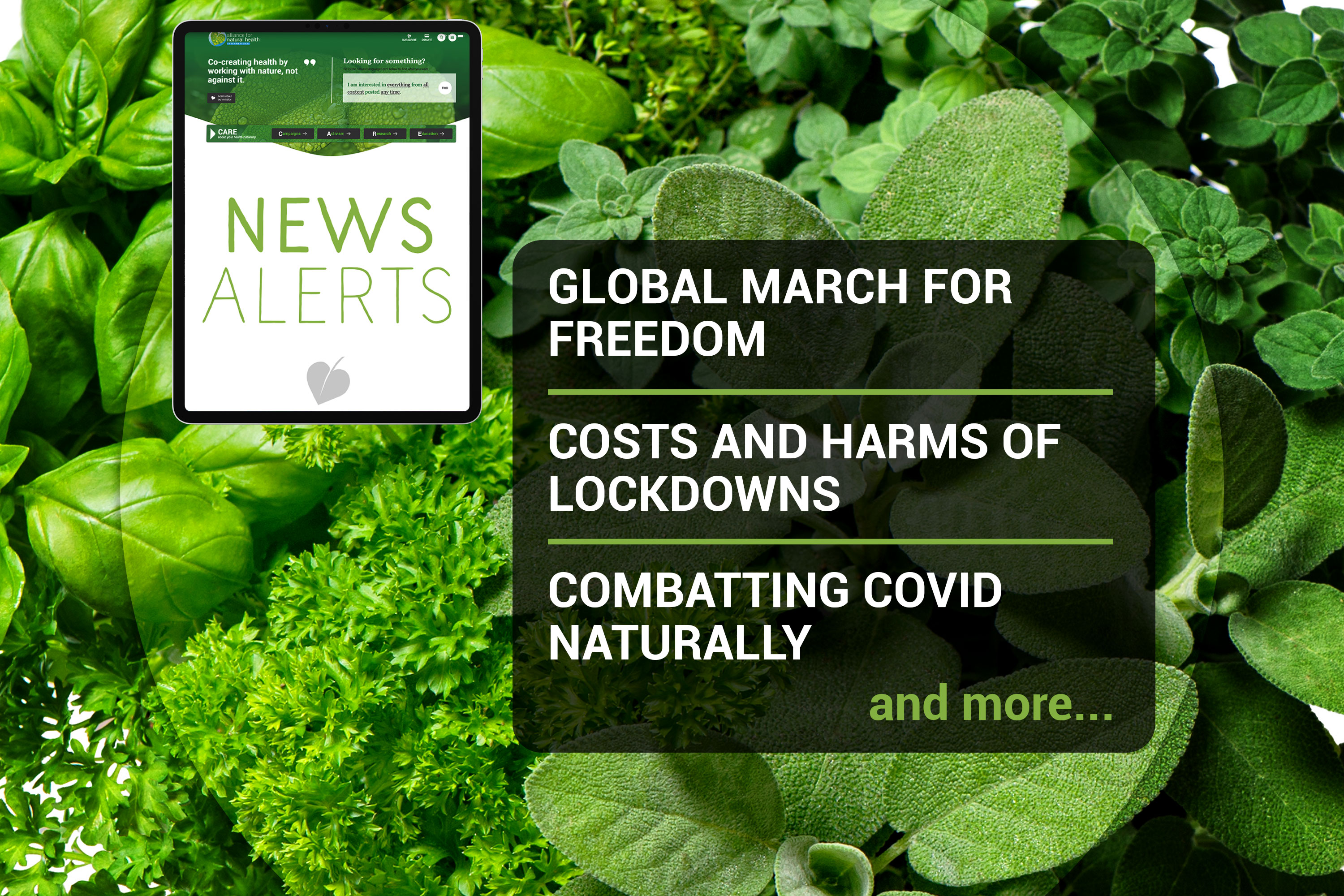 On Saturday 20th March, hundreds of thousands of people gathered in venues around the world to march for freedom. Yet barely a mention has been made of it by the mainstream media (MSM) in what appears to be a news blackout to stop ordinary citizens becoming aware of just how many people oppose government-mandated covid restrictions. In the UK, tens of thousands of people marched through the streets of London. People from over 110 countries are reported to have taken part, yet little is known about this global movement apart from a few MSM over-dramatised reports of clashes with police. Social media reports from the London march suggest it was an incredible coming together of a diverse range of people across the age and political spectrums, filled with love and peace. As citizens around the world stand up for their rights and freedoms, a new movement known as ‘A Stand in the Park’ is gaining ground worldwide. People are invited to stand in their park between 10am-11am on a Sunday and meet with like-minded individuals as people fight for their basic rights and freedoms, but this time they’re doing it together, with love and respect for our in alienable sovereignty.

The astronomical costs and harms of lockdown

The Health Advisory and Recovery Team (HART) has produced a new report showing beyond a shadow of doubt, why the UK government’s response to the pandemic has been “…ineffective and distrastous” and that “…a new approach is required” to deal with the ongoing issue of the SARS-CoV-2 virus that has brought the world to its knees over the past year. Its conclusion is that lockdowns cause catastrophic societal and economic harms and should never be used again in the UK. Meticulously referenced, the report is a grim and hard-hitting review of the devastation wrought by the use of lockdowns in the UK. The findings of the HART report are echoed by the British Academy in its report on the impact of lockdowns. It warns that Britain faces a “Covid decade” of social and cultural upheaval, which will cast a shadow long into the future. Neither report considers the impact of the fear narrative used to drive compliance with the draconian and protracted restrictions imposed by governments on our health at cellular level and the very real dangers to future generations.

NHS opt out to protect your private health records

If you live in the UK and don’t want your private health data sold to the highest bidder, now is your chance to opt out. Parts of the NHS have already entered into agreements to give Google access to sensitive patient data. The NHS’s ‘Make a Choice’ gives you control over who has access to your medical records. You have until 30 September 2021 to 'Make your Choice', say no to the sale of medical records to third parties and take control of your health data. Update 28 March 2021: The NHS have now changed the site to state there was never a deadline to opt out and that English citizens may opt out at any time should they not wish their medical records to be shared with third parties.

Following a legal challenge by the Movement for Quality Government, an Israeli court has reportedly ruled there should be no restrictions on the number of passengers allowed to enter Israel by air. The 3,000 daily limit was due to end on Saturday 20th March. The Court also ruled that the Israeli government’s requirement for travellers without vaccination and recovery certificates to seek special permission to travel was illegal. This requirement was also due to be lifted on 20 March. An eminent professor, Eran Dolev, is reported to have resigned from the Corona vaccine advancement committee in Israel after he opposed the vaccination of pregnant women due to the lack of trial data to support their inclusion in the programme. His position was rejected along with his suggestion they sign an informed consent form.

Multiple countries around the world suspended the use of the AstraZeneca covid vaccine due to concerns over blood clots following vaccination recently. Norwegian medical experts say they believe the vaccine is responsible for triggering a severe immune response resulting in blood clots after three Norwegians were hospitalized and one died. German researchers have also reached a similar conclusion. Despite these findings the UK’s Medicines and Healthcare products Regulatory Agency (MHRA) along with the European Medicines Agency (EMA) have both declared the vaccine to be safe stating the benefits of the vaccine outweigh the risk of any side effects. The debate centres on whether the rates of blood clots are in line with, or in excess of, expected rates without the vaccine. In Italy, two doctors and a nurse in Sicily are under investigation for possible manslaughter after one person died following vaccination. The Prosecutor also ordered the nationwide seizure of tens of thousands of doses of the same batch of vaccines as that used to vaccinate the deceased, throwing the Italian vaccination drive into chaos. In a new preprint published on medRxiv, researchers call for more evidence on the effectiveness of covid vaccines after they found nursing homes residents who had recovered from covid-19 mounted a stronger immune response than those who had been vaccinated.

The more ultra-processed food (UPF) you eat, the more likely you are to suffer from heart disease. A new study published in the Journal of the American College of Cardiology used data from the Framingham Offspring Cohort to assess the impact of UPF consumption on heart disease. Researchers found on average participants ate 7.5 servings of UPFs daily and that for every daily serving of UPF the risk of hard cardiovascular disease (CVD) (sudden and non-sudden coronary death, heart attack and fatal/non-fatal stroke) increased by 7%, hard coronary heart disease (sudden and non-sudden coronary death and heart attack) increased by 9% and overall cardiovascular disease by 5%. You can register your interest in buying our new and updated book, RESET EATING, which builds on the popular eBook 'Your Food4Health Guide' (released last November) to give you more information and practical tools to combat heart disease.

Two new studies have demonstrated (in vitro) the potential of natural substances to combat the virus that causes covid-19. Researchers from the University of Chicago say cannabidiol (CBD) stops the SARS-CoV-2 virus, which causes covid-19, from replicating in the lungs and causing severe damage. The researchers conducted in vitro experiments to test the effect of CBD on the replication of SARS-CoV-2. Their findings that CBD and its active metabolite, 7-OH-CBD, inhibits gene expression in virus cells, including the RNA coding for the spike protein, have been published in a new preprint in bioRxiv. The study highlights the potential for CBD to act both as a preventative and treatment for early SARS-CoV-2 infections. Could pineapples also be a new weapon against covid? Researchers from the University of Nebraska Medical Center and the FDA’s Center for Biologics Evaluation and Research (CBER) think so after they demonstrated that bromelain or bromelain-rich pineapple stem has antiviral properties that can inhibit SARS-CoV-2 infections and reduce the development of the blood clots associated with covid infections. Both findings add to the arsenal of natural treatments that can be deployed to combat covid-19, despite the continued denial of the efficacy of such options by health authorities and governments as they push vaccination as the only way to combat the pandemic.

US veterans using transcendental meditation (TM) experienced improvements in their Post-Traumatic Stress Disorder symptoms (PTSD). In a study published in the Journal of Traumatic Stress researchers found that after three months of using TM 50% of the treatment group no longer met the medical criteria for PTSD diagnosis. Only 10% of the control group using standard treatment protocols achieved the same results. The TM group undertook 16 TM sessions over a 12 week period as well as practicing at home inbetween sessions. Changes in PTSD symptoms were measured using the Clinician-Administered PTSD Scale for DSM-5 (CAPS-5). Unlike some treatments for PTSD which require sufferers to revisit past trauma, TM enables people to calm their mind and body bringing them silence and peace from the traumas that have been inflicted on them.

The use of 'do not resuscitate' (DNR) orders in the UK over the past year may have breached the human rights of over 500 individuals, according to a new report from the Care Quality Commission (CQC). The report comes in response to concerns over the blanket use of DNRs for particular groups, including those with learning disabilities and care home residents at the start of the pandemic. Such concerns aren’t new, but have been brought into sharp focus by their apparent indiscriminate use as a result of the pandemic. DNRs are important tools in managing individuals wishes at the end of their life, but they should only be employed after open and honest discussions with the individual and their loved ones to ensure everyone involved feels properly supported at a difficult time.

At the beginning of March the team at the Front Line Covid-19 Critical Care Alliance (FLCC) had their preprint study on ivermectin suddenly and unexpectedly withdrawn by Frontiers in Pharmacology. After rejecting the journal’s offer to consider an amended paper, the FLCCC has announced the paper has been accepted by the American Journal of Therapeutics, despite the attempt to deliberately censor its findings, and will be published online in a few weeks. The acceptance of the paper gives hope to all those who choose not to be vaccinated with experimental covid vaccines of an accessible and effective alternative, often used in conjunction with natural agents, such as vitamin D, vitamin C, zinc, quercetin and melatonin.

The unintended off-target effects of gene editing, that would otherwise have been missed by current methods, has been revealed by a new preprint study from China published in bioRxiv. The study describes a new computer program that allows the researchers to analyse the changes made by gene editing and highlight changes, intended or not. Their findings spotlight just how little control there is when using gene editing techniques and that their use to create new variants of plants and animals is not just like those we find in nature.

Over 100 different chemical compounds have been found in pregnant women and the umbilical cords of their babies. Over half of the substances identified had never been found inside humans before. Researchers publishing in Environmental Scence & Technology found pesticides, PFAS’s and 10 plasticiser ingredients in maternal and umbilical blood samples. Little to no information was available on 37 of the substances found leaving the researchers unable to identify them. The researchers expressed concerns over their inability to identify some of the chemicals. Regulatory agencies continue to approve a myriad of new chemicals as being safe on their own, however safety studies have not been carried out to assess the combined toxicity of multiple chemicals that may exceed what are deemed to be safe thresholds.