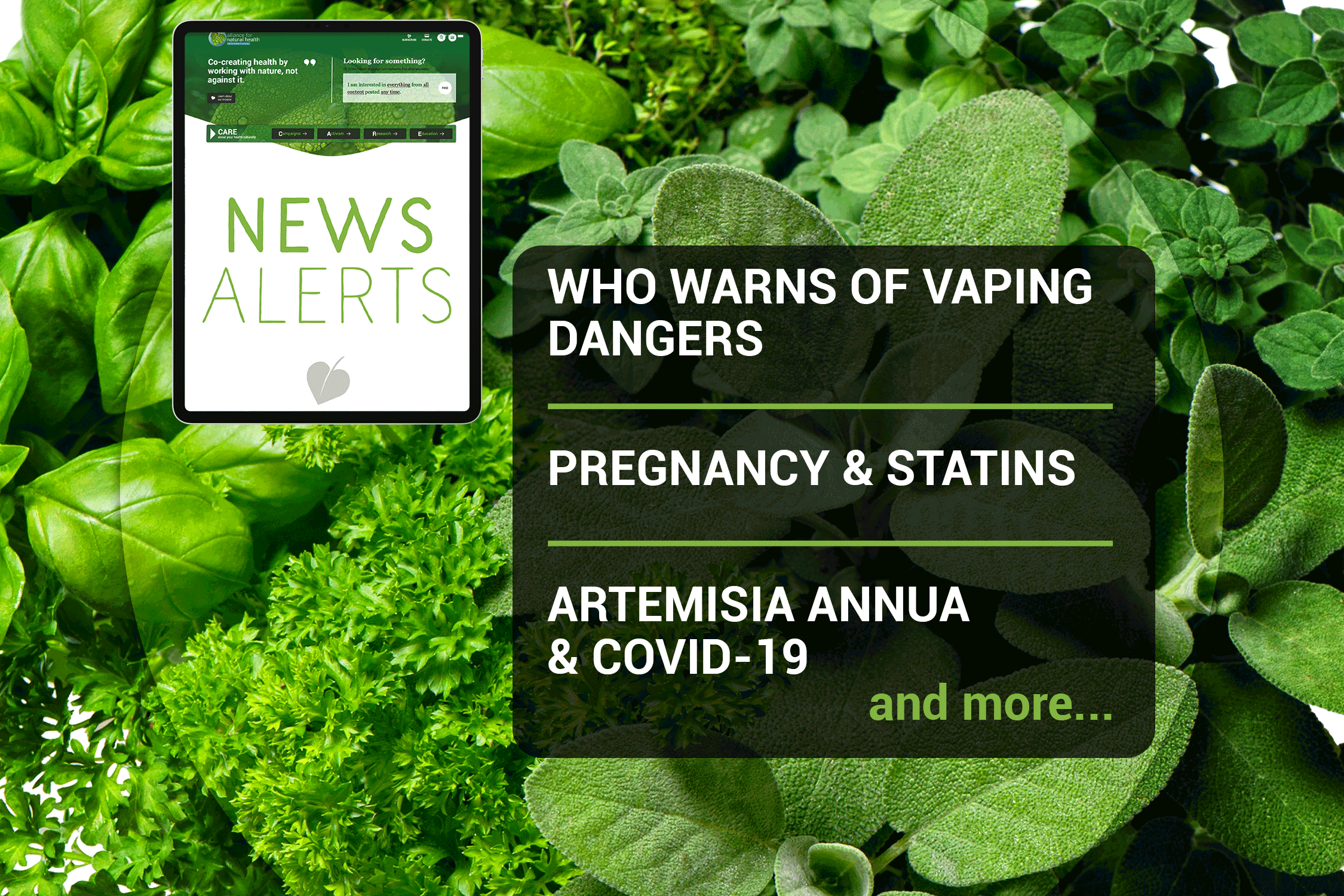 The WHO warns of dangers from e-cigarettes

In its latest tobacco report on New and Emerging Products, the World Health Organization is calling for the regulation of tobacco replacement products and warns of the dangers of e-cigarettes and vaping to our health. The tobacco industry has embraced e-cigarettes alongside many public health authorities, touting them as being a safer alternative to traditional cigarettes. However, like so many ‘healthy alternatives’ the truth is somewhat different. Even where products don’t include nicotine, they contain a range of harmful chemicals, which have the potential to cause harm when inhaled. It's safe to say that claims of safety are being overstated by an industry that has already proven its ability to twist science to suit its own goals, the majority of which are financial rather than the health of the individuals using its products.

The US  Food & Drug Administration has approved statins for use in pregnancy. The reason given is that the benefits of statins to a few means they should not be contraindicated for all and that by removing the caution, all who are deemed to need statins (albeit a very small group), can be prescribed the drugs. Until recently statins were not recommended for use in pregnancy due to the lack of safety data. Cholesterol is essential for the proper development of babies and anything that may interfere with a baby’s ability to produce cholesterol could well damage its growth and development. Like so many natural processes, pregnancy is becoming highly medicalised, often leading to harms not only to babies, but mothers alike, and creating further disconnect between a mother, her body and baby.

A global coalition of researchers has found that extracts from Artemisia annua can inhibit the replication of SARS-CoV-2 in a laboratory. Publishing in Scientific Reports they report on three different extracts all of which were effective against SARS-CoV-2 and three variants. The new study echoes findings recently published in the Journal of Ethnopharmacology which concludes that A. annua may provide safe, low-cost treatment for covid-19. Artemisia, also known as sweet wormwood, is known to possess powerful antiviral properties. Artemsinin from A. annua is commonly used as a malaria treatment.  A. annua has a long history of use in herbal medicine to treat a range of infectious diseases. The question now is not whether it can treat covid-19, but will it be censored and dismissed in the same way as all the other natural compounds that act as both preventatives and treatments? In Europe, the situation is complicated by its regulatory status as A. annua is not permitted for use in many Member States.

In February of this year a study was published warning of the potential for covid vaccines to trigger prion disease. The author, immunologist J Bart Classen, has now published a second paper in the Journal of Medical - Clinical Research & Reviews, that sounds an urgent warning to public health authorities. The data used, from the UK’s Yellow Card reporting system, show that the risk of neurodegenerative harms is far from theoretical. His analysis has found clear signals of the development of Parkinson’s disease (a prion disease) following vaccination against covid-19. Due to the known flaws in the adverse event reporting systems, Classen has suggested that the clinical relevance of his findings could prove to be far higher than the signal he's reporting currently.

Is the UK heading towards a social credit system?

What does the introduction of a digital currency, digital ID system, an app that rewards people for healthy living and vaccine passports have in common? Well, to start with they’re all being touted by the UK government currently. They also go hand in hand with the desire to introduce social credit systems such as that found in China, which sees people given virtue points for following the rules. Think it won’t happen? Just look at the insidious creep of CCTV that’s now used to fine those who accidently find themselves breaking rules. If we don’t reject all of these seemingly innocuous impositions on our lives now we could just find ourselves in world that parallels that already in place in China along with the resulting loss of freedoms and rights. Let's just say The Great Reset is well under way unless we, the people, put a stop to it!

The US Centers for Disease Control (CDC) is withdrawing its emergency authorisation of RT-PCR tests, used to diagnose 'cases' of covid-19 and complicit in the 'casedemic' driving fear, lockdowns and curtailment of freedoms, at the end of December 2020. At first glance this suggests that at long last the CDC is recognising the shortcomings of the tests. Dig further and you find that a new test was given full approval in March of this year that identifies multiple viral and bacterial infections including covid-19 and the flu, which has been conspicuous by its absence in the past year. In short, such a change sets the scene for chaos and further justification of ongoing restrictions on citizens' rights and freedoms that could potentially be even more brutal than those seen in the past 18 months.