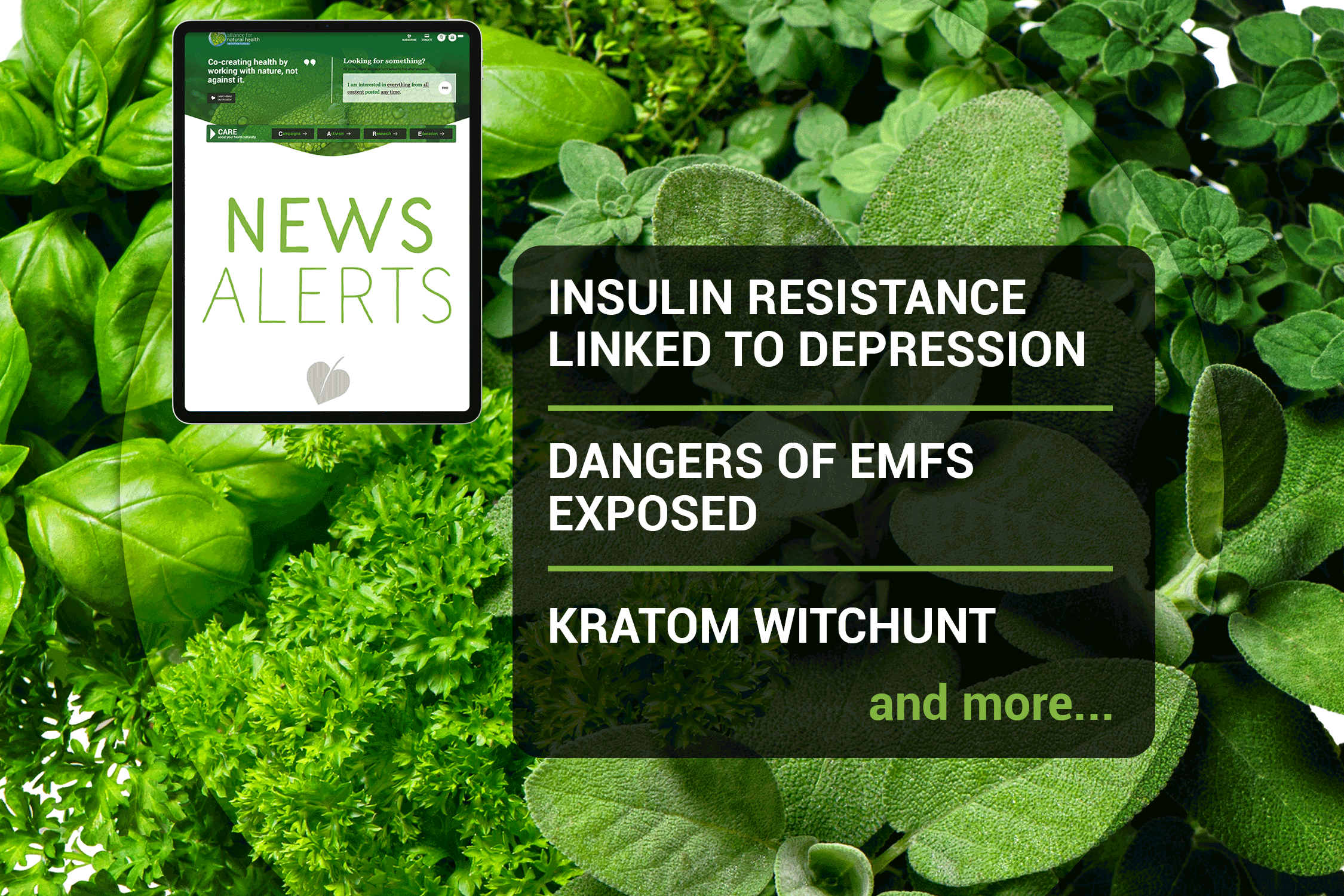 Insulin resistance puts individuals at more than double the risk of developing major depression. A new study published in The American Journal of Psychiatry studied people in The Netherlands over a 9-year period. The authors found, using specific measures of insulin resistance that they were able to positively predict incidents of major depressive disorder in their 9-year follow up. For every unit increase in the triglyceride to HDL ratio there was an 89% increase in incidents, every 2” increase in belly fat created an 11% increase in incidents and increases in fasting blood sugar levels a 37% increase in the incidents of depression. It’s long been known that the onset of depression is closely associated with reductions in our gut health, which in turn can impact our metabolic health. Insulin resistance is closely linked to neuroinflammation, dysregulated mitochondrial function and decreased neurogenesis - all factors that are relevant in depression disorders.

The impact of flavonoids from plant foods on our overall health and in particular our gut microbiome, is evidenced in a new review published in The British Journal of Nutrition. The researchers provide an overview of flavonoids, their mechanisms of action and how they affect the health and wellbeing of our gut. This is one of the reasons why the ANH-Intl Food4Health guidelines recommend a plant-based diet to support both good gut function and in turn, robust and resilient metabolic health.

Synbiotics are a combination of probiotics and prebiotics, which can reduce behavioural symptoms linked to stress. A new mouse study published in Frontiers in Immunology found that mice given a synbiotic were less likely to become depressed after they were exposed to chronic and recurrent stress than those that weren't. The synbiotic was also found to reduce damage to the microbiome from stress. Eating a diet high in plant foods, fibre, concentrated nutrients in the form of herbs and spices and fermented foods can replicate the use of synbiotics and naturally support the health of our microbiome.

Commonly used pharmaceutical drugs can accumulate in the gut where they can alter a person’s microbiome and affect the way the drugs work according to a new study published in Nature. The researchers reported 70 bacteria-drug interactions, 29 of which have not been seen before. Following its publication, Dr Peer Bork said that the microbiome should be treated as an organ in its own right, something that natural health practitioners have been doing for many years now. The study highlights the very individual reaction of people to pharmaceutical drugs, along with the lack of knowledge about the impacts of polypharmacy (multiple prescriptions) on our microbiome — and health in general.

The dangers of EMFs

The very real dangers to humans and the flora and fauna that surround us, of non-ionizing electromagnetic fields (EMFs) have been brought into sharp focus in three new publications in Reviews on Environmental Health. Part 1 documents the rise in EMF levels, Part 2 discusses the effect of EMFs on the natural world, while Part 3 considers the lack of up to date laws and policies to deal with our ever increasing exposure to EMFs and their health risks. The authors draw particular attention to the “unusual signaling characteristics” of 5G technology.

A new study published in the Annals of Internal Medicine is highly critical of the way the Food and Drug Administration (FDA) handles the approval of new drugs. The authors conclude there’s a significant lack of transparency and that the FDA is unable to show why it makes certain decisions, sometimes in the face of opposition from its own scientists. The report did not go as far as to question the influence of the organisations applying for drug approvals on FDA decisions.

FDA looks to WHO for reason to ban kratom

Known as ‘legal heroin’, kratom is both revered by those who use it and hated by those who make the drugs it replaces. In the US, the FDA has long tried to ban the herbal supplement used by many as an alternative to opioids to manage chronic pain and addictions. Earlier this year the FDA held a public consultation seeking comments on its use, prior to a meeting of the WHO’s 44th Expert Committee on Drug Dependence (ECDD) in October. Decisions are being made if two of the active substances in kratom, mitragynine and 7-hydroxymitragynine, should be banned. In August, Hong Kong authorities added both substances to its list of banned substances under the Dangerous Drugs Ordinance. Conversely Thailand decriminalised its use in August.

The UK government has bowed to pressure from Big Biotech by announcing it will allow field testing of gene edited crops in England. The announcement precedes plans to introduce new primary legislation that will allow a far greater use of gene editing techniques along with the redefining of existing regulations around the use of genetic modification. It's of no surprise that the announcement came before the release of the summary from the government consultation on the introduction of such technologies. The majority of individuals (88%) and businesses (64%) were in favour of maintaining existing regulations. The plans leave the door wide open for the introduction of gene edited crops and animals into the human food chain in England as humans continue to toy with the genomes that contain the codes for life on our planet. Often with little to no idea of the long-term implications given our co-existence with nature having evolved over millennia. Democracy is clearly no longer in existence in England either.