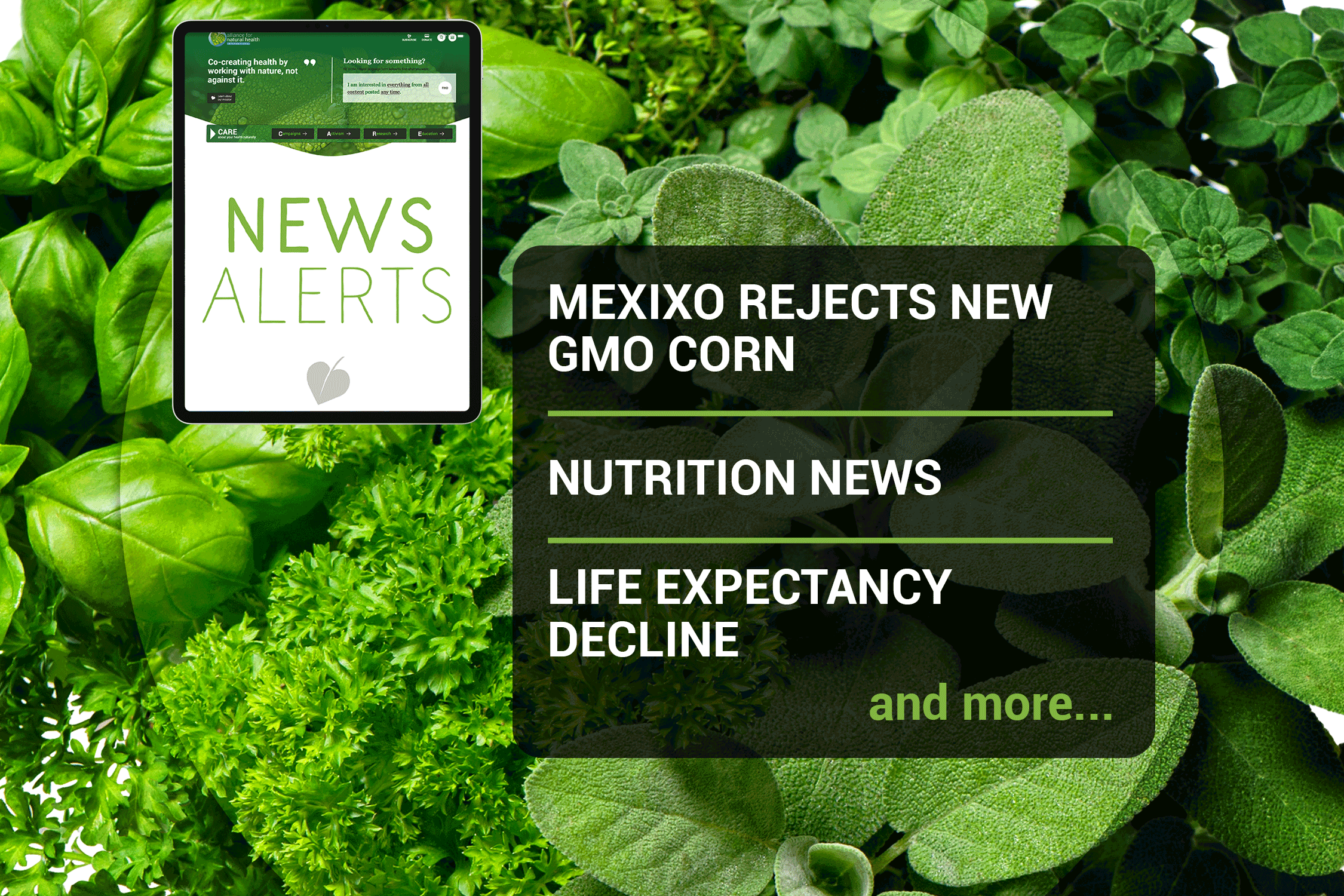 Mexican regulators have refused to approve the importation of a new variety of GMO corn much to the anger of Bayer, the company which created the GMO grain. After the Mexican government banned the import of GMO corn from January 2024, four appeals were lodged in December 2020, by Big Agra companies challenging the ban. All of the appeals have recently been thrown out by the Supreme Court, further cementing Mexico's stance in recognising the potential harms of GMOs to human health.

Life expectancy in England was falling prior to the coronavirus crisis according to a new study from Imperial College London. Between 2002 and 2010 life expectancy increased in the majority of communities. However, in the five years prior to the pandemic, life expectancy declined almost 20% for women and 12% for men in the communities studied. This research once again highlights the continued health crisis being seen across the globe that is just not being adequately addressed by governments and healthy authorities.

A brand new nutrition course has been unveiled for trainee doctors. The new Undergraduate Curriculum in Nutrition for Medical Doctors has been developed by the UK-based, Association for Nutrition, to provide trainee doctors with badly needed knowledge on the role of good nutrition in maintaining and regenerating health. We hope that the knowledge conferred by the course is based on the latest nutrition science and not existing government guidelines that are no longer fit for purpose, particularly given the vested interests of the large food conglomerates.

Ultra-processed foods (UPFs) now form the majority of the average US adult’s diet. A new study published in the American Journal of Clinical Nutrition using data from the National Health and Nutrition Examination Survey (NHANES) confirms the extent to which people in the US rely on UPFs as part of their diet. UPFs were found to account for more than half (57%) of the average American’s daily diet in 2017-2018, an increase of 3.5% since 2001-2002 when the study began. The consumption of whole foods dropped by 5.3% from 32.7% to 27.4% mostly due to people being seduced by calls to reduce meat and dairy consumption to combat climate change. The researchers believe the coronavirus crisis is likely to have led to further increases in the consumption of UPFs.

Eating nuts and seeds may help you live longer

The fatty acids found in nuts, seeds and other plants may help you to live longer. An international team publishing in The BMJ conducted a systematic review of 41 studies published between 1991 and 2021 examining the health benefits of alpha-linolenic acid (ALA). The researchers found that those with the highest level of consumption of food containing ALA had a 10% lower risk of death from all causes. There was one note of caution though in that there appeared to be an increased risk of developing and dying from cancer the more ALA that was consumed.

A preprint study discusses the role of Akkermansia muciniphilia in maintaining good gut health. The researchers found that increasing our intake of omega 3 polyunstaurated acids, resulted in higher levels of Akkermansia in the gut. High levels of Akkermansia have been shown to reduce inflammation and the onset of chronic disease along with helping to reduce weight gain and maintain a healthy weight. The best way to increase levels of Akkermansia is to makes changes to dietary habits including the reduction of ultra-processed foods, not eating late at night, intermittent fasting and increasing levels of dietary fibre to feed the organisms living in our gut that we rely on for our health.