Home News To be vegan or vegetarian, or not to be 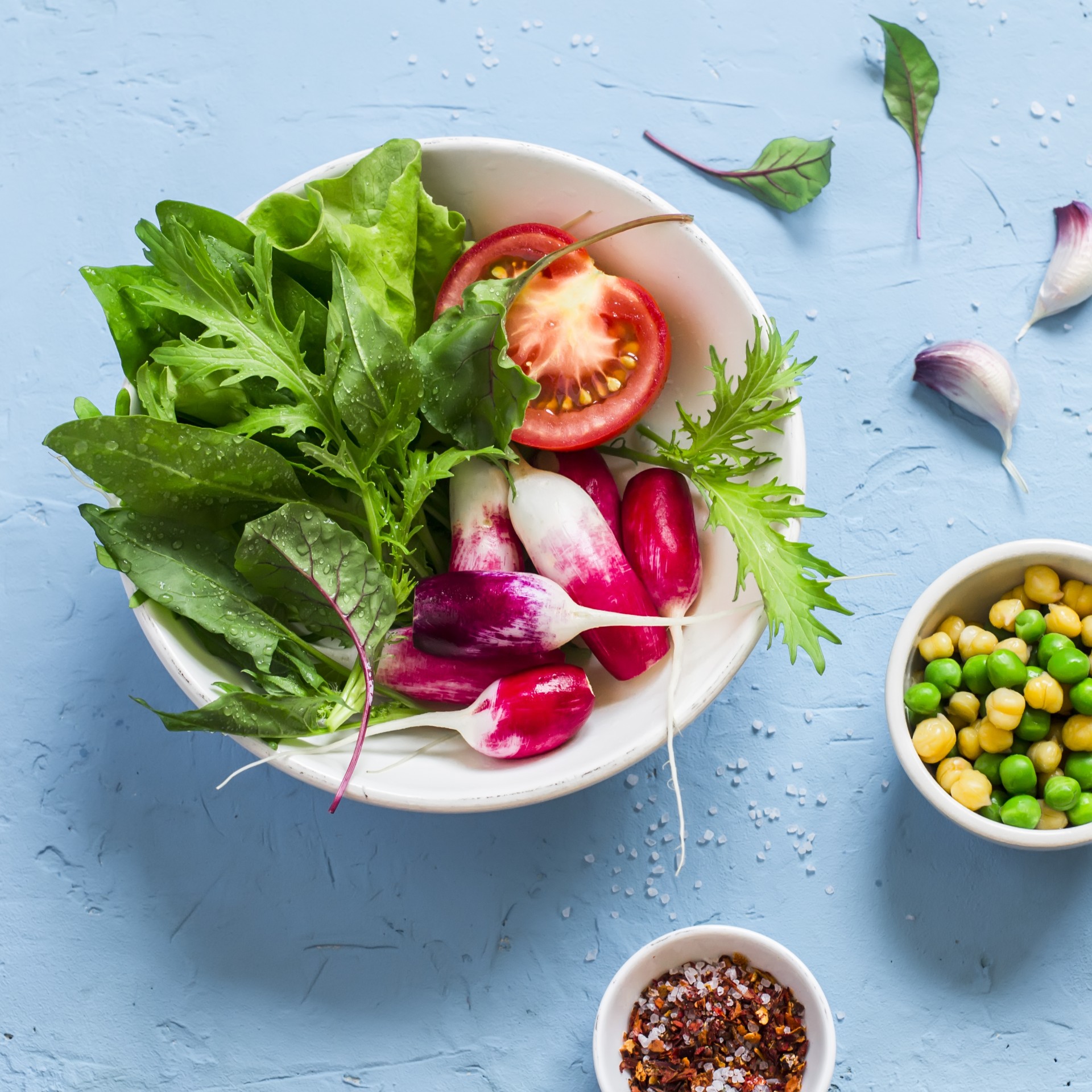 To be vegan or vegetarian, or not to be

As plant foods get increasing air time, and health authorities declare processed and red meats as carcinogens, we look more closely at the pros and cons of meat-free vs omnivorous diets

People are getting the message loud and clear about the importance of plant foods. The result? More and more are advocating and adopting vegan or vegetarian diets, and many do so with huge passion and drive.

Of course there are good health, ethical and sustainability reasons for going for plant foods as the basis of the human diet. What we address here is what might be the scientific (not ethical or sustainability) reasons for including some food of animal origin to a largely plant-based diet.

The notion that vegans need to supplement with vitamin B12 is perhaps the most potent reminder that vegan diets can be deficient in essential nutrients. But less well known is that vegans and vegetarians may also find it necessary to top up on various other nutrients, such as iron and calcium (for babies in particular), zinc, vitamin K2, omega 3 fatty acids EPA & DHA, as well as fat-soluble vitamin A & vitamin D.

Is this because plant foods are inherently deficient in these nutrients, or is that the plant foods we eat today are somehow different to those with which we adapted evolutionarily? The short answer is: we don’t know for sure. A supplementary answer is: the lack of diversity, nature and form of plant foods we consume today are very different compared with those of our paleolithic ancestors. But then again so is the majority of the animal produce consumed today.

A plant based-diet is of course a great basis for healthy eating, being high in protective, anti-oxidant phytonutrient compounds, vitamins and minerals, as well as having a high fibre content. These plant foods are highly protective against heart disease and cancer. Most vegans and vegetarians place much more effort on selecting and diversifying their plant food intake than their omnivorous counterparts. This may also mean that some more meat-dependent consumers may themselves be deficient in vitamin C, vitamin E, fibre, folate, and magnesium.

A UK study published in 2014 found the risk of cancers was lower in fish eaters and vegetarians than in meat eaters. Oily fish are of course rich sources of long chain, anti-inflammatory, omega-3, polyunsaturated fatty acids (DHA and EPA). For their DHA and EPA, vegans and vegetarians need to rely on the relatively poor conversion of short-chain Omega-3s to the long-chain forms, that may only be 5-15% efficient. They can also consume DHA supplements from algae, but will still be denied optimal EPA that could otherwise be derived from oily fish.

Everyone can benefit from some background knowledge about the macro and micronutrient content of food, and this is of course important when meat eaters switch to vegan/vegetarian diets. To be healthy, they would need to ensure that appropriate plant-based protein foods are used instead of the meat, fish, eggs and animal-derived cheese etc. For example, a less health-conscious or less- informed vegan/vegetarian might be replacing animal protein with excessive grains and starchy carbohydrates, which risks swaying things over to an energy-dense, rather than nutrient-dense, carbohydrate-heavy diet, with all the associated risks.

B vitamins are essential for heath, and necessary for cell division and metabolism, and energy production. They are plentiful in meat, eggs and dairy. Whilst B1, B2, B3, B5, B6, B7 and folate are found (in varying quantities) in vegetable sources, this is not the case for Vitamin B12. B12 deficiency is very serious, frequently misdiagnosed and common in all ages. Deficiency may lead to megaloblastic anaemia and neurological disorders. In infants it can cause irreversible symptoms similar to those of autism. It is essential that those not eating meat get adequate B12 from a supplement or from fortified foods if they don’t want to put their health at serious risk.

What about bone health?

If you don’t eat dairy, or foods that contain fat soluble vitamin D, your doctor may worry about the effects on your bone health. However, a 2015 study concluded that plant-based diets are not detrimental to bone in young adults. Increased plant and vegetable intake increases alkalinity, which benefits bone mineral density. However, the American Dietetic Association and Dietitians of Canada warn that “Calcium intake for vegan and macrobiotic children may be below current recommendations”. In addition, they warn that compounds such as phytates in whole grains, legumes, nuts and seeds can impair calcium (and iron and zinc) absorption. They recommend support from dietetic professionals for vegetarian mothers and babies.

Vitamin K2 is key for bone health, and this is found in grass-fed meats, as well as in fermented vegetables.

Some risks of particular food groups and preparation methods

Certainly, some studies on animal protein diets have led to some pretty negative conclusions. The Longo study has several methodological problems that do not exactly justify framing animal protein as the new ‘smoking’. But speaking of smoking, we have argued that the problem with meats may have more to do with such things as overcooking, including the production of carcinogenic heterocyclic amines and pro-inflammatory advanced glycation end (AGE) products. In addition, meat raised in concentrated animal feeding operations (CAFOs), injected with antibiotics and growth hormones and fed genetically modified (GM) grain is far from a healthy source of protein. Ditto for processed meats that have been classified in 2015 as proven human carcinogens by the International Agency for Research on Cancer (IARC), possibly owing to their nitrite preservative contents. Studies of meat-eaters don’t tend to remove those that consume these known, problematic forms of meat form their analyses.

Those whose diets include plenty of wheat, barley and other gluten-containing grains need to be aware of the risks of gluten and its role in inflammation and many gut-related health issues. Lectins, which can occur at particularly high levels in some legumes and solanaceous vegetables (nightshade family e.g. tomatoes, peppers [capsicum], aubergine, etc) if uncooked or undercooked can also interfere with gut lining integrity and contribute to leaky gut in sensitive persons.

We have previously highlighted the risks of acrylamide for carbohydrates cooked at high temperatures.

It’s clear the issues aren’t straightforward, and it’s of benefit to be informed before before cutting out or increasing particular food groups. Children and pregnant/lactating women are particularly at risk. The American Dietetic Association and the American Academy of Pediatrics “state that a well-planned vegan diet can, in fact, support adequate nutrition in the growing child”. However, should adequate care not be taken, things can go badly wrong.

Interestingly, a 2016 study tells us that meat eaters in UK seem to have the same mortality rate as vegetarians despite having greater risk of some diseases e.g. heart disease. So this particular study suggests that UK vegetarians do not appear to be making better health choices than UK meat-eaters. But another new study from a group at Oxford University which evaluated data from the European Prospective Investigation into Cancer and Nutrition [EPIC] tells us “the long-term health of vegetarians appears to be generally good, and for some diseases and medical conditions it may be better than that of comparable omnivores”. The authors then add “much more research is needed, particularly on the long-term health of vegans”. In essence, the scientific jury is still out.

Taking into account the evidence as it stands currently, and respecting our passion for freedom of choice, we provide for you below our overall, summary advice to vegans, vegetarians and omnivores:

Further information about healthy eating can be found in our Food4Heath plates and supporting articles: