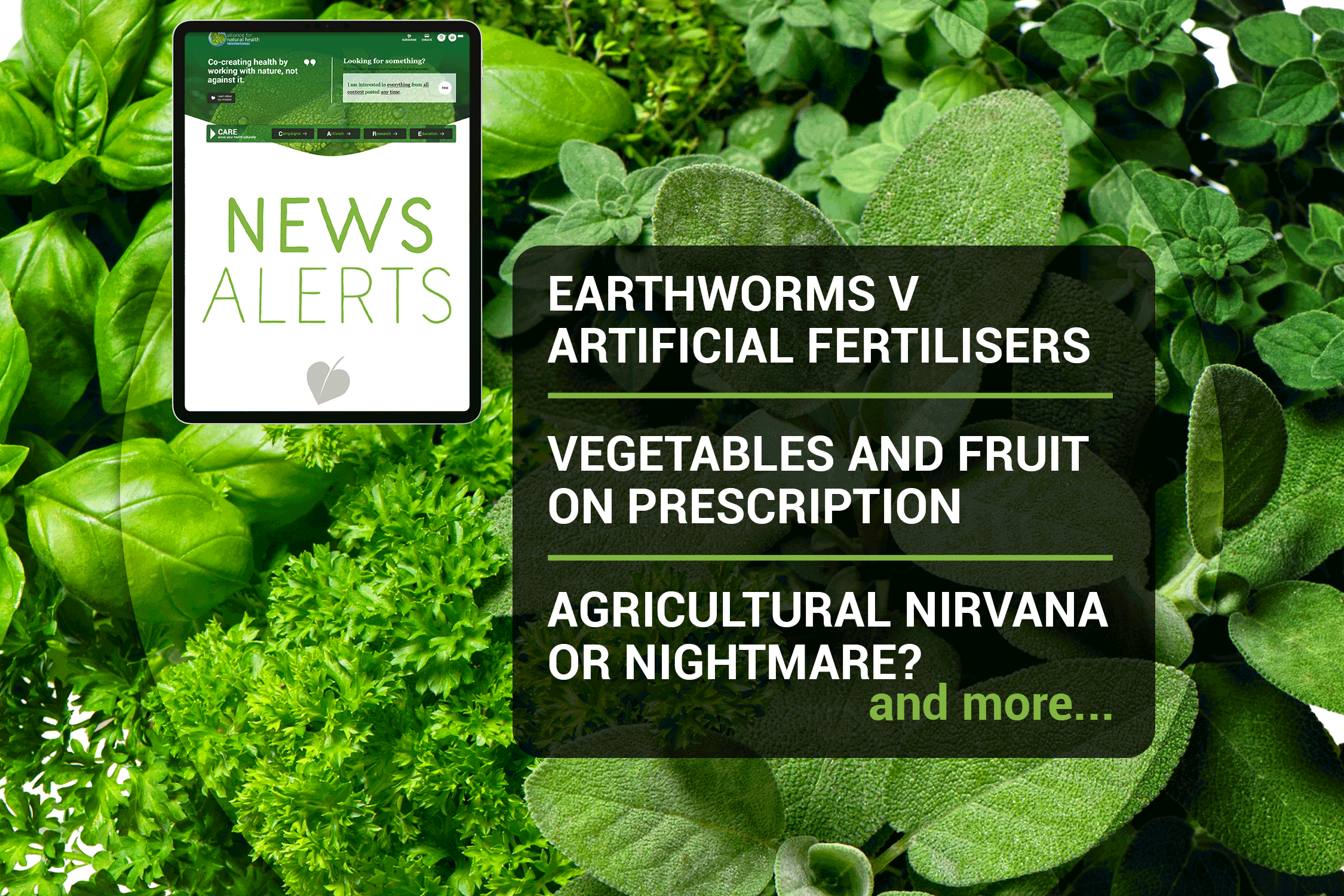 The humble earthworm is perfectly designed to improve soil health. It's now being suggested that they could be used to replace synthetic fertilisers. A new study from researchers in Dublin has found a previously unknown (unless you're an organic gardener of course!) mechanism through which earthworms can rapidly enrich soil and plant health through the excretion of nitrogen in their mucous. The new research has also found that the uptake of nutrients created by earthworms by plants is much quicker than previously thought. Once again nature has provided the perfect antidote to industrialised agricultural practices that are stripping our precious soils of the life they need to nourish the plants grown to feed us.

Swedish researchers, publishing in Medinsk Access, have found that radiation from 5G masts can cause symptoms typical of 'microwave syndrome', now known as electromagnetic hypersensitivity. It also also confirms that non-ionising radiation, well below levels allowed by authorities, can cause health issues. The researchers measured emissions from a mast placed on the roof of a building both before and after 5G attenae were installed. After 5G was switched on, the emissions were found to have increased by 118 times causing significant health issues for the residents in the flat below the mast.

A recently updated article from Electromagnetic Radiation Survey highlights the risks to human health from electric vehicles, for which people are being increasingly coerced to purchase, billed as part of the solution to climate change. Due to the extremely low frequency (ELF) electromagnetic fields (EMF) that they emit there are concerns that they pose an increased risk of cancer to their occupants. The article summarises the available science, which is limited and often industry funded, warning far more research is needed before the regular use of such vehicles can be considered safe. Given the health risks caused by electromagnetic frequencies are well known, Big Tech and governments still continue to engage in silence and cover up. Once again, it's up to us, the people, to stop the continued roll out of this technology.

Vegetables and fruit on prescription

The UK government has unveiled plans to pilot a three-year ‘Community Eat Well programme’ which will enable GPs to ‘prescribe exercise and healthy food’ as part of its levelling up plan. The announcement accelerates recommendations made as part of the National Food Strategy carried out by Henry Dimbleby. The health prescriptions will also provide food-related education and social support to those suffering, or at risk of, diet-related illness or food insecurity. If you would like to RESET your health today so you CREATE HEALTH for life, please check out our brand new book RESET EATING, chock full of healthylicious recipes packed to the gunnels with a diverse range of colourful vegetables and fruit. It's all about real food that the body recognises, that conveys a plethora of the right kind of information to our DNA.

Researchers publishing in Communications Earth & Environment have re-imagined where we should grow crops. At first sight the aspirations of the plan sound very sensible - to make use of land more suited to growing crops, increase carbon capture and biodiversity, allow huge areas of current farmland to be restored to its natural state and reduce agricultural use of freshwater to zero by planting in areas with sufficient rain fall. That is until you realise that the plan assumes the use of high input, mechanised farming practices rather than regenerative agricultural practices. The plan appears to have the right motives, but will reality match the agricultural nirvana offered by complex modelling? It's worth noting though, that there's no mention of the funders of this particular study....

Not for profit campaign group GM Freeze reports on the ongoing dismantling of safeguards against the wholesale introduction of genetically modified and engineered organisms provided by EU Regulations now Brexit has been completed. After intense lobbying by large corporates with heavily vested interests, the UK government appears to be ignoring the consensus reached by those who responded to its 2021 consultation. Instead of the desired moratorium on GMOs, the govt seems hellbent on a course to create a GMO free-for-all putting not only our farms, but our food and the environment at great risk in the process. The GM Freeze team is calling on everyone to get involved and take action to help defend the loss of effective regulations and legislation to protect the UK.